Rumours of Grace: Climate change activists, don't give up 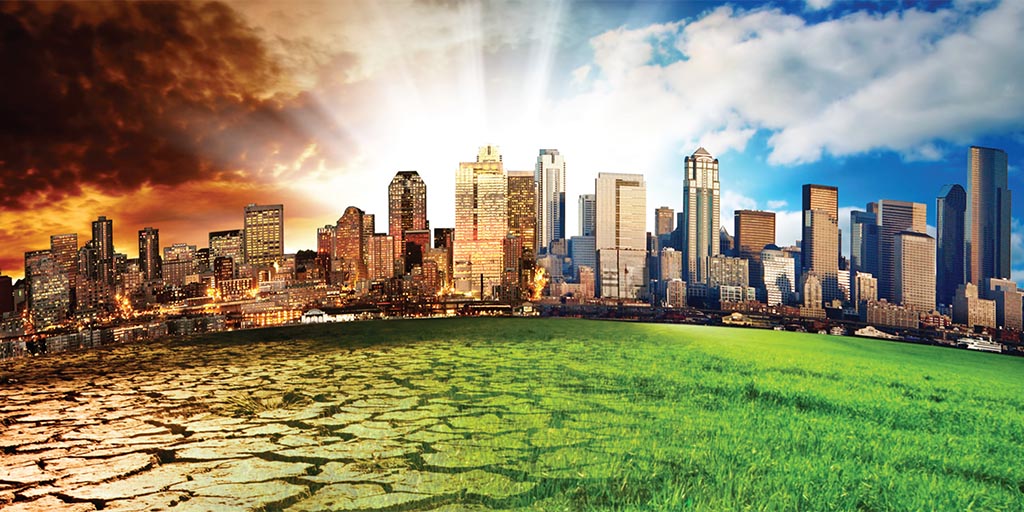 CREDIT: BENGOODE ON THINKSTOCK
Though we are well on our way to climate destruction, we need to tell activists and citizens in general to not give up and follow these tips to help change our ways and protect the Earth.

Today, as I write, is a good day for climate destruction and bad one for all those who have been active in the battle to save our glob­al environment. The reason? The U.S. presi­dent signed an executive order cutting down what reporters are calling former President Obama’s climate change legacy.

From now on in the U.S., coal, oil and nat­ural gas companies will be able to grow their businesses without the “burdensome” regula­tions imposed by that legacy.

According to PBS, one of the main targets of the new executive order is Obama’s regu­lations on the emissions of coal-fired power plants. In the PBS video, Trump can be heard promising the coal miners who have been placed on the stage with him that they will be back at work again.

It is tempting at this point to surmise that the president’s promise to the miners is a lie. He has made many promises and most of them appear to be failing. It is also tempting to write him off completely because of the em­barrassing state into which the American pres­idency has descended under Trump’s hand.

However, I believe that the best response that climate change activists can make would be to press for change even stronger. Activ­ists should above all not give up hope, even though our own federal government is sup­porting oil production.

There are several sources of hope. First, again on PBS, the former administrator for the U.S. Environmental Protection Agency (EPA), Gina McCarthy, offered some perspec­tive. McCarthy stated that it would take years for the Obama-era policies of the EPA to be dismantled.

She pointed out, in effect, that her presi­dent is deluded in his understanding of the energy production sector. For example, she stated that clean energy is attracting large in­vestments and is the path of choice for most people and agencies. Solar energy, she said, is growing 12 times as fast as the overall econo­my. McCarthy wondered aloud why the leader of her country would promote bringing back polluted waterways and air.

Second, we can become informed. Here in Canada one of the easiest ways to do that is to visit the website of the David Suzuki Founda­tion. Currently the site profiles the explosion of renewable energy resources. It encourages readers to contact Justin Trudeau and other government members, even providing text for letters you can send them. You can learn about the benefits of electric cars and about the elimination of coal-fired generating sta­tions in Canada.

Third, we can discover, or rediscover, the concept of the world as a home for people created by God. This concept functions as a framework for the proper care of our planet. In the opening chapter of Genesis, God places all the elements of our world in relationship to each other. He speaks his blessing upon it and all of us, announcing that this world is the proper place for us to thrive. We ought to take care of it, not only because it is our home, but also because God himself values it and is re­plete with his glory.

Fourth, we should understand that the command of God to love our neighbour as ourselves plainly has implications for how we treat our air, land and water. We must not carelessly take more and more from this plan­et, without any regard for the effects of our greed upon the poor who will be the first to suffer from climate destruction and changes to waterways and the atmosphere. The suffering has in fact begun. Already there are migra­tions of people out of areas that have become too hot, too dry or too wet.

Finally, we should pray. It is true that we have caused a great deal of damage to our home, this created world. Our energy-de­manding consumerism is threatening the lives of millions. We have passed many tipping points on the road to climate destruction. It is already happening. But there is always time to change, to seek forgiveness and to move for­ward in hope.
Editorial opinions or comments expressed in this online edition of Interrobang newspaper reflect the views of the writer and are not those of the Interrobang or the Fanshawe Student Union. The Interrobang is published weekly by the Fanshawe Student Union at 1001 Fanshawe College Blvd., P.O. Box 7005, London, Ontario, N5Y 5R6 and distributed through the Fanshawe College community. Letters to the editor are welcome. All letters are subject to editing and should be emailed. All letters must be accompanied by contact information. Letters can also be submitted online by clicking here.
Climate Change Donald Trump Pollution Religion

1
Ukraine, a friend, and the riddle of injustice
2
Queen Elizabeth II has passed. Will her church do the same?
3
The Rings of Power and being beholden to God
4
Sexuality in Barbados
5
Lament for the Russian Orthodox Church

Reyno Rants: How to ace your exam

What Does Kerra Seay?: Canada Day 2018 will be lit