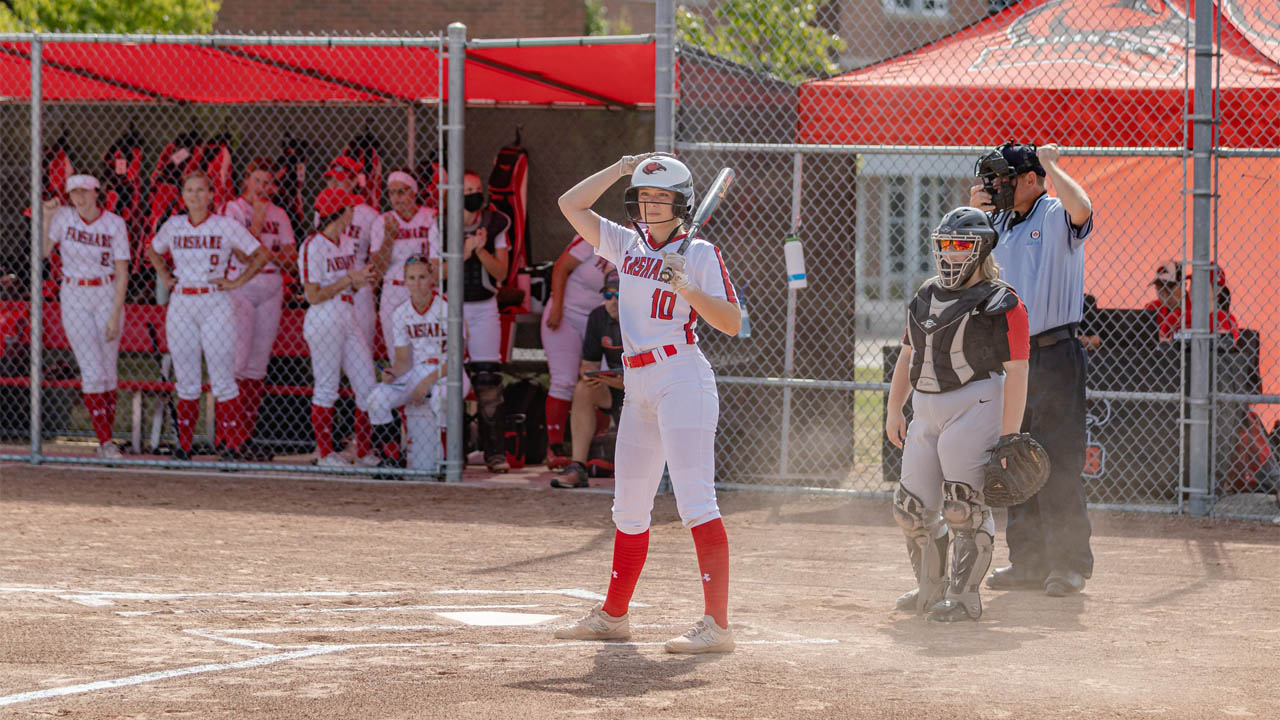 CREDIT: FANSHAWE ATHLETICS
The second-year nursing student went four-for-four at the plate during her record setting game against Lambton.

McLean, who is in her second year of the four-year collaborative nursing program, said she didn’t feel particularly “on fire” going into the game against Lambton.

“I had no clue, honestly,” she said. “That game for me was actually really good. I hit an out-of-the-park home run that day for the first time of the season. So, I was more just focused on that, I was so happy and proud of myself.”

McLean added that she had no idea she’d even broken a record until after the game.

“My coaches actually came up to me afterwards, when we were driving home on the bus and told me I had broken a record. And at first I thought it was just a Fanshawe record and then saw, on the OCAA website that I had broken a provincial record. So it was just really surreal.”

McLean helped propel the Falcons to a 15-3 victory over Lambton, going four- for-four at the plate, with three runs, two doubles, and a threerun walk off home run.

After some time to gather her thoughts on the record, the shortstop said she still feels ecstatic about the entire experience, stating she never thought she’d put her name out there like that playing softball for her college.

“Looking back on it now, it’s still a huge accomplishment for me. And I’m so proud of myself. My teammates always talk about it on the bench. And they’re always encouraging me like, ‘Oh, this girl broke a record.’”

As for if she has any other record in her sight now that she’s gotten a taste for it, McLean said that while she likes the idea of another record under her belt, she needs to focus on other things right now.

“I haven’t done a lot of research, to be honest, on this, on other records I could get. My batting average isn’t too high right now, so that’s all I’m kind of worried about.”

McLean is also third in the league when it comes to total RBIs with 18. At the time of writing, the Falcons have gone 10-4 this season, with their last three games being two 6-0 losses against the undefeated St. Clair Saints, and a 16-1 victory over the Sheridan Bruins.

How to vote in the municipal election as a student