How to vote in the municipal election as a student 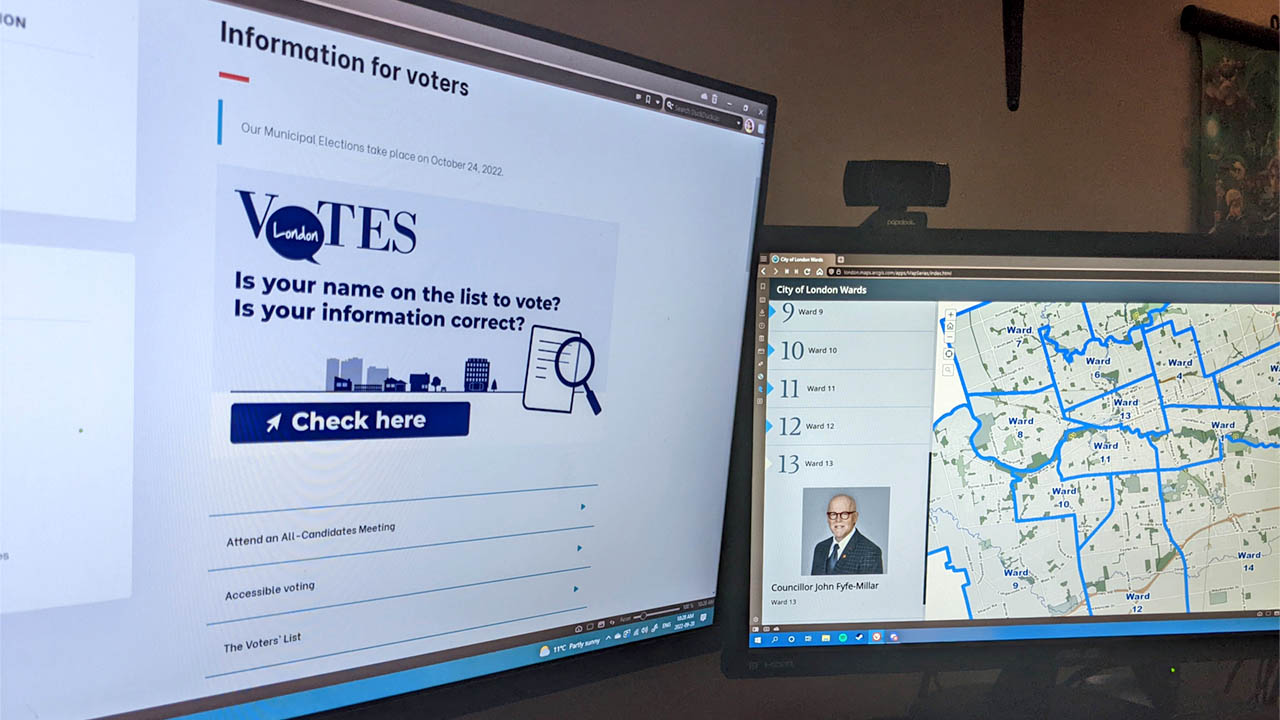 CREDIT: BEN HARRIETHA
Registering to vote in the municipal election as a student is quick and easy.

The day of London’s municipal election, Oct. 24, is fast approaching. Do you know how to vote as a student? If not, don’t worry. We’ll break it down for you.

If you’re a resident of London already, then you should already be registered to vote. If not, the process is easy. As a representative from City Hall, Ashley Patterson, put it, “you can go to london.ca/checkthelist and you’ll be able to click on a graphic that says, ‘am I on the list?’ And if not, you just register to be on the list. Simple as that and takes no time.”

If you’re not a permanent resident of London, however, the process is still relatively easy. You just have to make sure you’re registered to vote through the site mentioned earlier, and when it comes to voting the day of, bring a piece of identification that has your name and address. This could be a lease, a transcript from your school, a document showing campus residence, and many others. A full list of what documents are acceptable is available on the City of London website, under information for voters.

As for what ward to vote in, that’s based on where you reside currently in London, not on where you go to school.

“So, students who live in Fanshawe residence would vote for their ward in the poll, which is Ward 3,” said Patterson. “But if you lived downtown, for example, you would be voting for Ward 13.”

Information on where to vote can also be found on the City of London website. Multiple advanced polling locations will be available from Oct. 8 to Oct. 15, including one at Fanshawe College on Oct. 11 in the Alumni Lounge in the Student Centre. On the actual election day itself, voters will head to specific polling stations in their ward.

Student turnout in the last municipal election was poor to say the least, with only 172 ballots cast at the advanced polls in the 2018 election. On the day of, only 13 ballots were cast. Students make up a large population of London, with Fanshawe having approximately 20,000 students, and Western having over 30,000.

Ranked ballots allowed voters to mark their first, second, and third choice of candidate. If there was no majority, the person with the fewest first-place votes is eliminated from the running. The voters who had that candidate as their first choice have their second-place votes distributed into the remaining candidate pools. This continues until one candidate has a majority. FPTP on the other hand, simply works on whoever has the most votes at the end of polling, wins the election.

1
Who you vote for is more than “just politics”
2
Do students care enough about local elections?
3
Why is first-past-the-post still a thing?
4
Canada vs. Brazil: How they choose their representatives
5
Addressing Ontario's Voter Turnout Problem

Slightly more normal: Being a bipolar student in my 40s