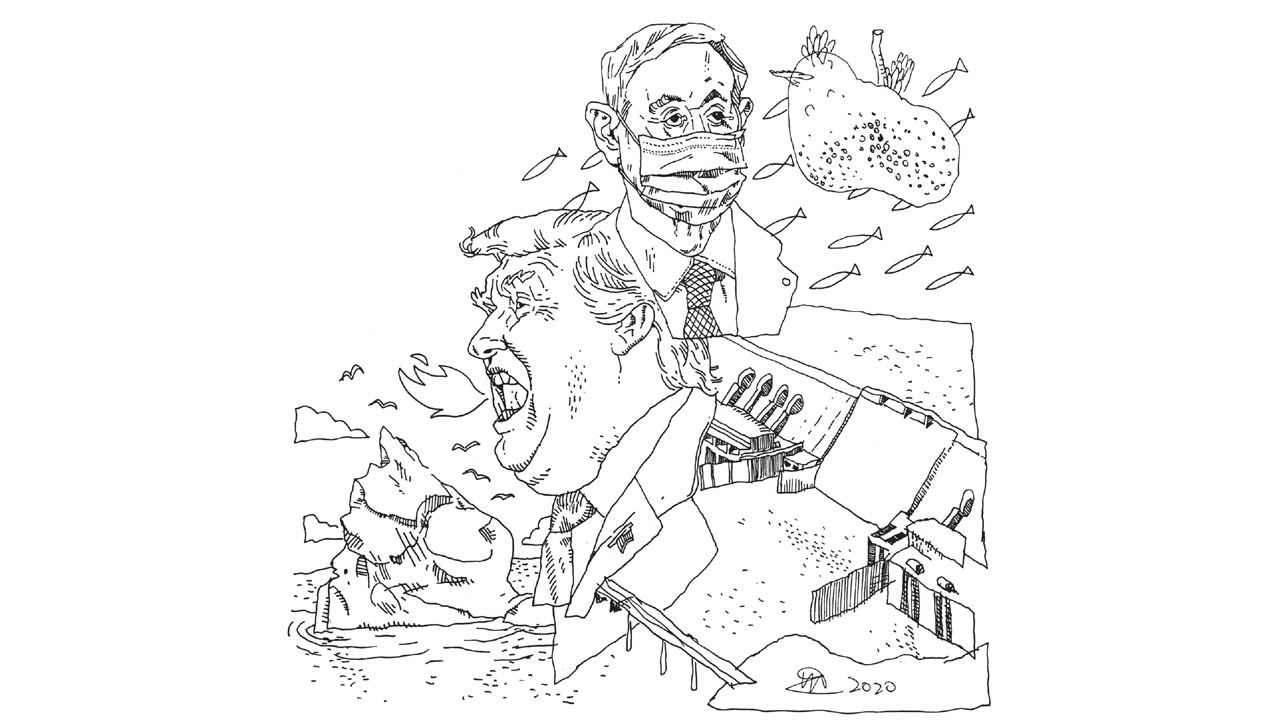 CREDIT: IAN INDIANO
The U.S. has withdrawn from the Paris Climate Agreement, while Japan has vowed to be carbon neutral by 2050.

In the great theatre of life, it is inevitable to think of yourself as the protagonist of your story, especially when you have to worry about work, studies, family, friends, all at once.

We pay attention to the main actors and supporting actors. But are we paying enough attention to the stage where all of this is happening? In our modern and stressful world, rare are the moments when we take a break and enjoy a walk in a park, the smell of the flowers, or the songs of the birds. And we may forget that the nature around us also requires care and attention.

Based on that, here are five recent events that will help you keep on track of what’s happening with the environment around the world:

Ethiopia and Egypt are fighting over the Nile.

Under construction since 2011, the Grand Renaissance Dam on the Blue Nile River is heating up the discussions between Egypt and Ethiopia. The massive construction is a fundamental piece on Ethiopia’s plan to become a major power exporter. However, the Egyptian government claims that the dam will significantly affect the country’s fresh water supply. Egypt has been almost entirely dependent of the Nile for thousands of years. The dispute also involves other countries like Sudan, which sits right between the two countries, and the U.S., who failed to produce an agreement so far. Right now, negotiations continue.

A massive 1,600-foot-tall coral reef was discovered in Australia.

Coral reefs are known for being extremely delicate structures, and with climate-change they have been especially affected, which is why this new discovery is so exciting. This detached reef was discovered at the coast of North Queensland, and it is the first to be discovered in 120 years. The discovery was announced by a group of scientists from the Schmidt Ocean. At the end of the expedition, all the collected data will be available to the public.

The U.S. is the first nation to officially withdraw from the Paris Agreement.

Although President Trump announced the move in 2017, it was only made official the day after the 2020 election. The historical Paris Agreement from 2015 was a global response to climate change. Some of its goals include maintaining the global temperature rise in this century below 2C, among other measures to control the temperature increase. President Trump believes that the deal was unfair to the U.S. However, President Elect Joe Biden could rejoin the agreement if he wishes to.

Japan has set a goal to be carbon neutral by 2050.

A few weeks after China announced their plan to be carbon neutral by 2050, Japan’s new prime minister announced their goal on his first major speech in the role. The declaration was really well received by the media. Even though Japan didn’t change its plans to construct several coal-burning power plants in the next few years, this decision might be the result of external pressure from other countries. This new plan will be an addition to the Paris Agreement’s goals that are already in place.

The biggest iceberg in the world is putting a wildlife sanctuary in danger.

The biggest iceberg in the world is 100 miles long and 30 miles wide. Known as A68a, it broke apart from the Antarctic Peninsula in 2017. Since then it is floating freely in the ocean, and is currently heading to the island of South Georgia, which is also a sanctuary for the local wildlife including penguins and seals. An iceberg this big could easily cause trouble to access the island and disrupt the ecosystem there. Some experts say that its route may change, but Mother Nature will be the final judge.
Australia Donald Trump Egypt Ethiopia Japan