Reversing climate change is at your fingertips 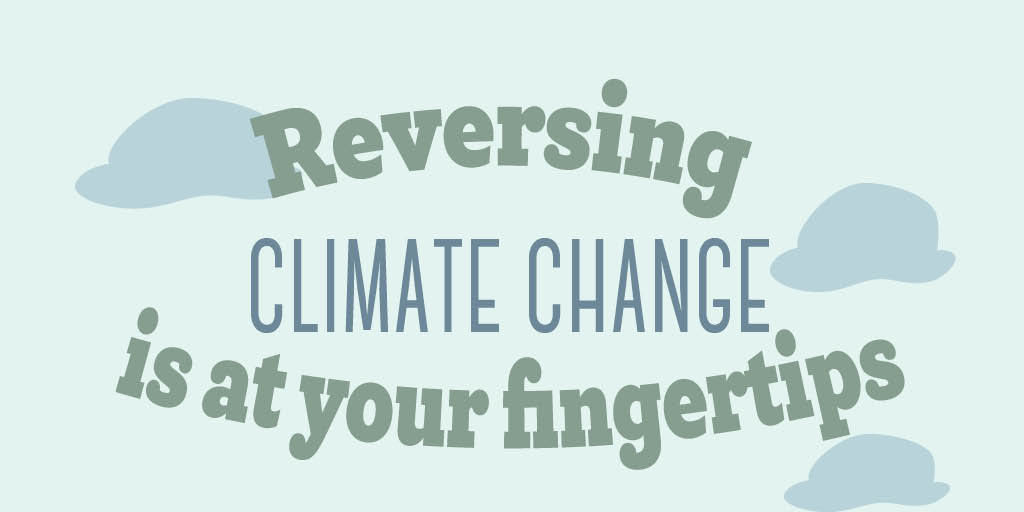 Rumor has it that by 2030 if humans don’t adapt sustainable habits, the earth will enter a state of irreversible climate change effects.

This means that greenhouse gas emissions will reach an all time high, and our ozone layer will not be able to keep up with its own deterioration. Climate change and agriculture can work together in a negative way. Mass production of livestock, deforestation and land-use change releases what makes up one-fifth of all greenhouse gas emissions that cause land and oceans to become increasingly warmer each year.

As temperatures rise, plants and animals will struggle to adapt, and food will become more difficult to produce on a massive scale. According to The Study of Food and Agriculture 2016 (SOFA) by the Food and Agriculture Organization of the United Nations, by 2050 global food demand will increase by at least 60 per cent above 2006 levels. This means major increases in food prices, high- and lowincome countries suffering from hunger and limited food sources. We are living in the early stages of a global famine. The secret weapon for all of this is you, a consumer.

You have the power right now to choose what companies you support, what products you buy and the messages you want to send to companies about what is happening to the earth right now. The main component is reducing your animal-sourced products.

This isn’t based on the morality of whether animals deserve to live or die for our nutrition, but rather facts on how that simple effort can save the planet. It can be as simple as eliminating animal sourced products from your diet for one or two days a week.

SOFA says that one-third of all food produced in the world is either lost or wasted post-harvest. Think of the resources that go into processing one T-bone steak. The livestock must be fed, which means a whole field is deforested to grow feed for the animals that require twice the amount of nutrition that vegetable proteins do. 67 per cent of deforestation for agriculture is solely for livestock feed, according to a 2018 research article by J. Poore and T. Nemecek.

The livestock must be transported by trucks multiple times before and after processing. The livestock must be kept on another deforested pasture. These pastures then need to be managed. The livestock will produce emissions through enteric fermentation, manure and aquaculture ponds which releases 0.4-15kg of CO2-eq (carbon dioxide equivalent) per 100g of protein. When the livestock is processed in slaughterhouses an additional 0.3 to 1.1kg of CO2-eq per 100g of protein is added, which is more than the processing emissions for other products.

During the final stages, onethird of the water, electricity, labour and deforestation required to process livestock is now wasted as fresh animal products are prone to spoilage. Waste is even higher at grocery stores, when people don’t plan out their meals and end up throwing out half of the food that they purchase because of the short-lived best before date.

Poore and Nemecek tell us in their research that the U.S. meat consumption rate is three times larger than the global average. A change in American diets could result in reducing emissions by 61 to 73 per cent. Dietary change is realistic and can happen for almost any individual, it is the lack of time we have that is the issue.

We only have about 11 years to prevent irreversible biodiversity loss, that’s why your part in this plays a huge role. One person reducing animal consumption goes a long way over a year. 100 people doing the same reduces an entire slaughterhouse worth of emissions and waste. What happens when a whole city catches on, or a whole country? The movement begins with you.

1
The Time is Now: Governments must build climate resilient communities