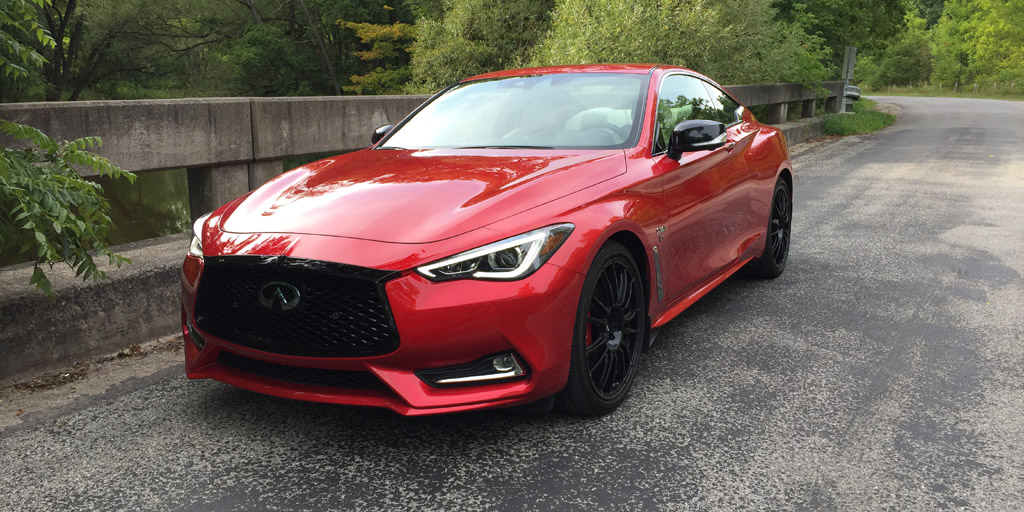 CREDIT: PROVIDED BY NAUMAN FAROOQ
The 2019 Infiniti Q60 3.0t I-Line Red Sport is spiffy-looking sports coupe, but with a slower response than desired.

About 15 years ago, the most sought-after sports car on sale was the Infiniti G35 coupe. It looked good, sounded great, and went fast. It truly shook the establishment, as potential customers walked out of BMW, Audi, and Mercedes-Benz dealerships, and walked into Infiniti showrooms to buy the G35. In short, it was a sales success.

About 10 years ago, Infiniti replaced the G35 with the G37, and offered this model with more power, more luxuries, and even offered buyers the option of picking between a coupe and a convertible. Sales stayed strong for the most part, until they hired the moronic Johan de Nysschen as their president. He did what he always does by changing a car company’s model naming structure, hence confusing brand-loyal customers, and destroying sales. Hence, the popular G37 coupe became the Q60 in 2013, even though the cars were nearly identical, and sales began to slide.

In 2017, Infiniti came out with an all-new Q60 model. Based on the platform of the Q50 sedan, the gentwo Q60 brought along stunning new looks combined with a stylish and modern interior, and a few powertrain options. While the old G35/G37 could only be had with one engine, the Q60 was offered with a choice of three — although, only two remain available now.

For 2019, the Canadian market gets an exclusive model, it’s called the I-Line, and it is the topmost model in Infiniti’s line up. But is it any good? Time to find out.

Styling: If you’re the type of person who buys a vehicle based mainly on looks, than you’ll be quite interested in the Q60. It is a sleek, long coupe that surely gets the attention of other passers-by. I wouldn’t call the design “perfect”, but it surely is striking.

With the new I-Line model, Infiniti has tried to fix what I had considered to be the biggest flaw with its styling, which was its big chrome front grill. You see, chrome is all fine and good on a ’50s Cadillac or Lincoln, but not on a modern day sports coupe.

To fix their mistake, the Q60 I-Line has a blacked-out grill, and a carbon fibre lip spoiler on the trunk lid. That looks good, but I wish the folks at Infiniti had also taken up the effort to black out the silver chrome trim from around the windows, the door handles, the air extraction vent from the front fenders, the fog light housing, and the rearview mirror. In short, just remove every piece of silver chrome with black, and the car would look a lot nicer.

The wheels on the Q60 I-Line are black, and at 20-inches, quite large; although a five-spoke design might have given it a more aggressive look.

So, there is still room for improvement, but most people will be quite pleased with its overall design.

Interior: Everyone will be quite satisfied with the interior. It sure is a nice place to spend time in; just look at it, it is gorgeous, like something out of a concept car. Pretty much everyone who got in it, their first impression upon opening the door was “wow”.

It’s a 2+2 coupe, where the backseats are only suited for small children, or your shopping; but the front seats is where you’d want to be. First of all, the seats are nicely sculpted; they certainly hug around you. Then there is the layout of the dashboard and the center console, it all flows quite well.

Sure, when you start looking, you’ll find that the map screen is the same that appeared on the G35 coupe about 15 years ago, and the silver trim around the dials (speedometer and rev counter) look a bit tacky; but in general, it is equipped quite well, and looks good.

Powertrain: For 2019 and beyond, Infiniti has dropped the option of the turbocharged 2.0-litre four-cylinder motor for the Q60, because it just wasn’t popular enough. Now, the base engine is a turbocharged 3.0-litre V6 that produces 300 horsepower and 295 pound-feet of torque.

In the Q60 I-Line trim, you still have a turbocharged 3.0-litre V6, but is now tuned to produce 400 horsepower and 350 pound-feet of torque. All Q60 models feature allwheel drive and a seven-speed automatic gearbox.

Performance & Driving Dynamics: One of the greatest selling features of the G35 and G37 coupes was the noise they made. They had this tuneful, raspy note that would put a smile on just about anyone’s face. Infiniti has tried to replicate that with the stainless steel exhaust on the Q60 I-Line, and while it sounds better than lesser Q60 models, it still is not as tuneful as the old cars were.

You might be thinking, why start talking about exhaust sound in the driving dynamics section? There’s a good reason for it, and that’s because the sound was such a huge part of the G35/G37 driving experience, that it often became the reason one would chose the Infiniti over its rivals. While the Q60 I-Line sounds good, I don’t think it sounds good enough to win buyers over.

Dynamic-wise, this is not a very sharp vehicle. Sure, it has plenty of power, but you have to really work hard at extracting that. In Eco mode it is horrendously slow, in Normal it still feels sluggish. Put it in Sport mode and you’d wonder if anything changed at all. Sport+ is the sharpest setting, but even in this mode you have to work hard to wake up the engine and prance all the ponies.

The problem is the transmission. It’s a seven-speed automatic, and not a clever new automatic either, this one has been around for nearly a decade, and hence its shift timings are not the best in the industry. In its manual mode, when you’re selecting gears via its steering wheel mounted paddle shifters, unless your foot is flat to the floor, the transmission doesn’t respond quickly enough — and sometimes, it didn’t respond at all.

If you try driving this sports coupe in a sporting manner, it doesn’t delight, because its responses are too slow. What it needs is a dual-clutch gearbox, like the one in the Nissan GT-R, that’ll surely help quicken its responses.

Its other problem is weight. Tipping the scales at around 1,825 kilograms, the Q60 is not a light vehicle, and that dampens the performance. Couple that with suspension that is tuned more for comfort than sportiness, and a drive-by-wire steering system that often feels robotic, and what you’re left with is a sports car that isn’t very sporty.

But, perhaps it needs to be looked at from a different perspective. Forget that it is a driver’s tool, think of it as a luxury cruiser, a car to take on long drives, where you can sit back, engage its intelligent cruise control, and listen to the tunes on its excellent BOSE sound system, and it begins to make a lot of sense.

Fuel Economy: It is also fairly economical. In my test cycle (170 kilometres of highway driving + 130 km of city driving) I averaged 10.8-litres per 100 km. That’s quite impressive, and a lot more frugal than the old G35/G37 models.

However, the Q60 I-Line will only drink premium fuel. You can’t even cheat with mid-grade, it needs a minimum octane rating of 91, so due to the price of premium fuel, it isn’t cheap to run.

Pricing: A base Q60 Luxe is yours from $53,795. In the middle is the Q60 Sport (still with 300 horsepower) which is yours from $55,795. The one you see here, the Q60 I-Line Red Sport is yours from $65,295. That’s not cheap, and its rivals are priced around the same, too. So, you’d be choosing the car based on what you think looks and drives the best. Given how scarce the Q60 is on our roads, it seems that buyers are opting for something else.

Verdict: The Q60 is a fine vehicle, and in the I-Line Red Sport trim offers eye-catching style with a luxurious interior, and decent performance. It is not a sharp, focused, sports car, and that’s a shame, because I think this platform has some untapped potential. Will that ever be realized? Well, if the Project Black S concept car is ever turned into reality that might just give us all the Q60 of our dreams. 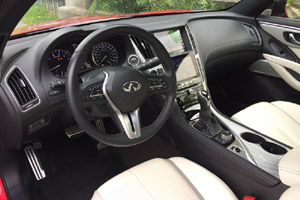 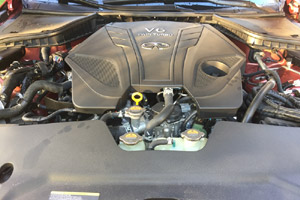 Recapping the NFL season so far

Reversing climate change is at your fingertips