Coin payment eliminated for parking in Lots 5 and 8 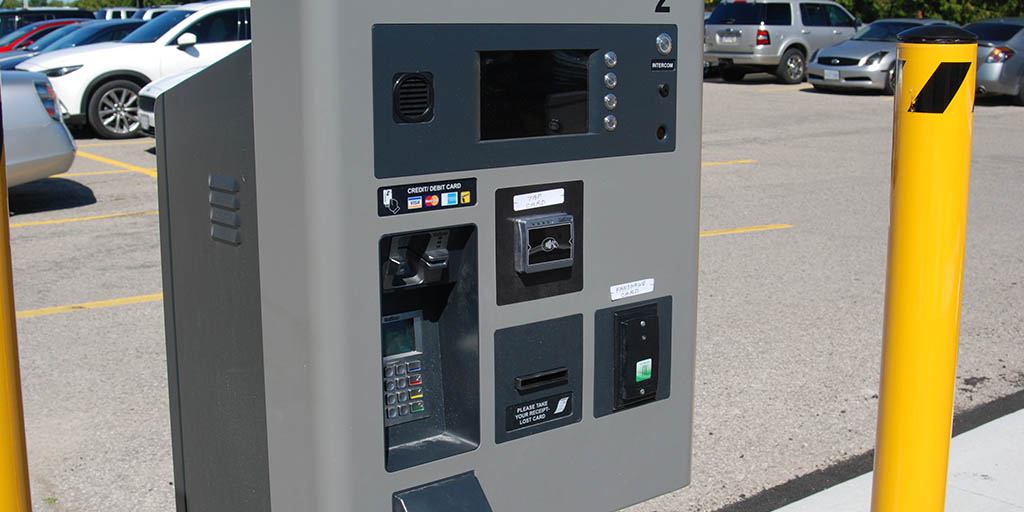 You’ll no longer have to dig for coins to pay for parking in two of Fanshawe College’s parking lots.

As of Sept. 3, FANCards, debit, and credit cards, including cards with the tap payment feature, can be used to pay for parking in Lot 5 and Lot 8, the designated general parking lots. Both areas eliminated the coin payment option.

“Over a time period, students have been asking to be able to swipe a card,” said Marion Dietze, the College’s manager of custodial, grounds and support services.

She added drivers will be more likely to get into the general parking lots, and she noticed it herself while watching students pull into the lots in the morning.

“The quickest method is putting that card up, tapping it on the reader, boom,” Dietze said. “Away in goes the car. The car goes in very quickly. You just have to tap it on the reader.”

She also said every on-campus visitor parking meter still accepts coin. However, the meters have also accepted Visa and Mastercard credit cards for around five years.

“Lot 8 fills up probably around the 9:30 mark and by 11 a.m., lot 5 is full, which is normal,” she said. “That we usually see for the first two or three weeks of school for each semester.”

Talan Bakiyaseen, a motive power technician (diesel) student, said that when he was living in Winnipeg, Man. before coming to London, he found paying with cards instead of coins more efficient.

“If you use a coin lot…let’s say you put less, you’re going to have to run back and do it again,” he said. “What if you don’t have the time? And in the winter, it makes it a little harder too.”

Kenzie White, a practical nursing student, said the changes don’t affect her too much.

“I don’t find myself having any more change anymore, so I just have my cards on me and it’s just easier to do that instead of coins,” she said.

One Fanshawe student, who asked to not be named in the article, said that the elimination of the coin option for those two lots surprised him.

“I was actually shocked when I first got up to the gates,” he said. “Almost every parking lot in the world is coin-operated, or at least has an option for it.”

The refurbished gates in Parking Lots 5 and 8 come with new digital signs showing how many parking spaces are available in real time for those areas. Lot 5 will have more lanes for both entering and exiting the college.

Dietze said the two Lot 5 south lanes still need “some fibre [and] some cable,” but it should be finished the third week of September.

She also said that students can visit D1018 if they have any parking related questions or comments.

The College’s website lists parking prices for the 2019/2020 school year, all including HST. Daily parking in a general lot is $5. For visitor meters, parking rates begin at $3 an hour with a maximum $12 rate. Additional parking prices include a $49 monthly rate and a $163 term rate.