How Fanshawe College became the site of The Amazing Race Canada 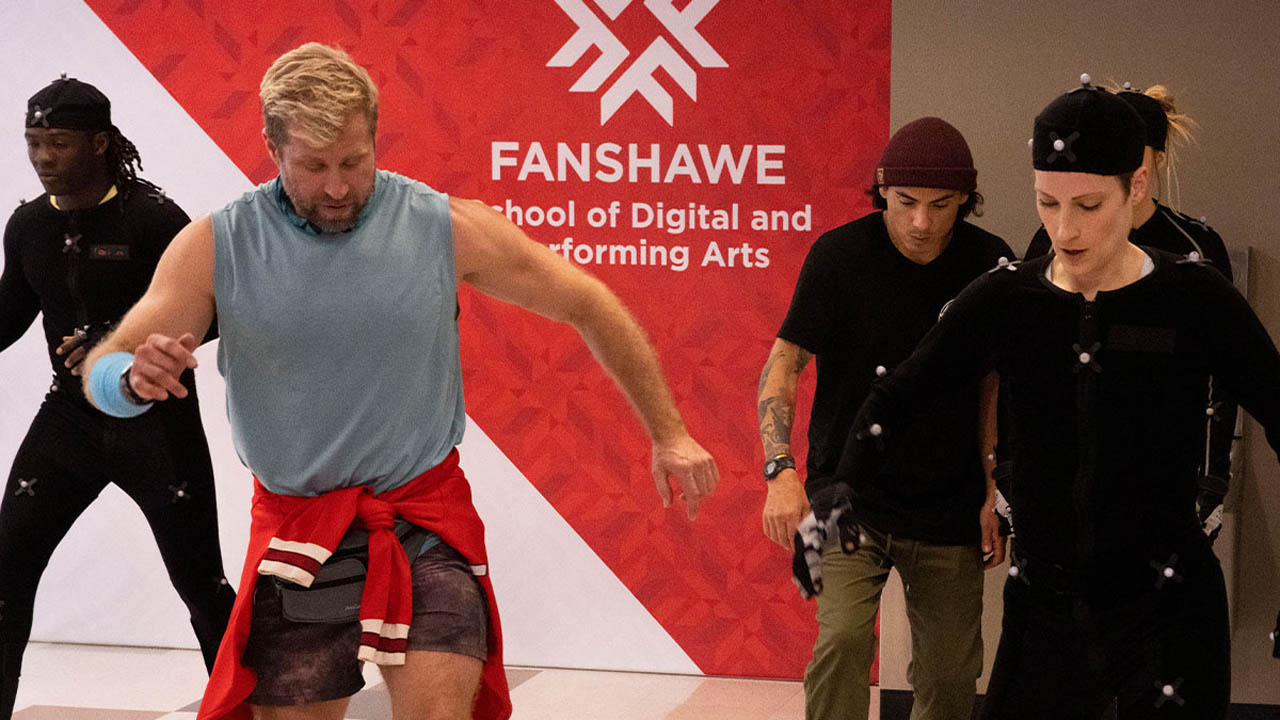 Fanshawe College was cast in a leading role in the popular television show The Amazing Race Canada.

The episode, entitled “Racing for our Lives” aired on Aug. 16. It featured Fanshawe College’s aviation and animation programs, a team of production assistants made up of mostly Fanshawe students, and was produced by Michelle Shipley, a highly regarded film professor at Fanshawe.

Shipley wanted to shine a light on the thriving production value of the Forest City.

“I was hired by Insight Productions and my senior producer and I had a conversation about what she was looking for in each episode,” Shipley said. “My supervising producer really wanted to have two things in her episode: hot air balloons and dogs.”

It was too early in the season for hot air balloons, but Shipley at least knew she could provide the dogs. Using her knowledge of the area, Shipley was able to mould and shape the episode.

“I pulled together basically a pitch package of about 20 to 25 different locations in London and surrounding area and we had multiple conversations back and forth.”

Understanding that London is a city of academia, Shipley knew Western University and Fanshawe College had to be focal points.

“I had heard about Fanshawe’s aviation program. I didn’t know to the extent of what they were doing over there. I also knew that Fanshawe had a big animation program that was super interesting,” she said. “I just thought those two programs were unique to Fanshawe College and something Canada should see.”

Shipley and her senior producer, Ann Camilleri, first started scouting for locations back in January 2020. Shipley explained that it took about five weeks to finalize the locations and challenges for the episode and how the episode would play out.

Shipley then pulled together a team of production assistants from current and previous students of hers.

“The icing on the cake was that I had to hire upwards of 50 production assistants,” Shipley explained. “I was able to draw from a lot of the graduates of the television program and then some of the current second and first years.”

Because of the high profile of the show, the producing and development of the episode remained cloaked in mystery, which meant that everyone hired had to sign non-disclosure agreements.

“I could not tell them I was hiring them on to The Amazing Race Canada. I went around the city telling people the working title of the show was ‘Sprinter 8 Productions’… it really wasn’t until everyone got their hire package the day before they started with us that they realized what show they were on.”

“They were coming in to work eyes big as saucers, like, ‘I can’t believe this is what we’re working on.”’

Brandon Grubb, a graduate of Fanshawe’s Television and Film production and Fanshawe Student Union (FSU) videographer, was lucky enough to be one of the students hired.

“I was a location production assistant at the downtown campus for the motion capture challenge,” Grubb said. “The main thing I helped out with was making the motion capture challenge more difficult. We found it was super easy to memorize all the steps to the challenge, so we added steps like looking in different directions while walking across a beam and jumping and landing with specific feet to get to the end of the challenge.”

According to Shipley, being able to work with The Amazing Race Canada production team was an unprecedented educational experience for the students and grads.

“Our students were spending 12 hours driving camera and audio technicians around, and so all day were able to ask questions.”

Shipley said she was overwhelmed by the response from The Amazing Race Canada crew, who mentioned what an incredible support staff the London production assistants were, especially as most of them were graduates and students from Fanshawe College that she had personally taught.

“I knew they were prepared for the work they were going to be doing,” Shipley said.

Grubb said the knowledge gained during the experience was invaluable.

“After working on many student film projects, I developed this idea in my head that professional crews had filmmaking down to a science and there was no trial and error. Seeing them work helped give me more confidence in my abilities and that it’s OK to take my time when shooting.”

For Fanshawe, it wasn’t just the college that got to shine, but also the students and production assistants who got to be a part of it all.
Fanshawe College Fanshawe Downtown Campus London News Norton Wolf School of Aviation and Aerospace Technology TV Series

The complete guide to starting or joining a club at Fanshawe