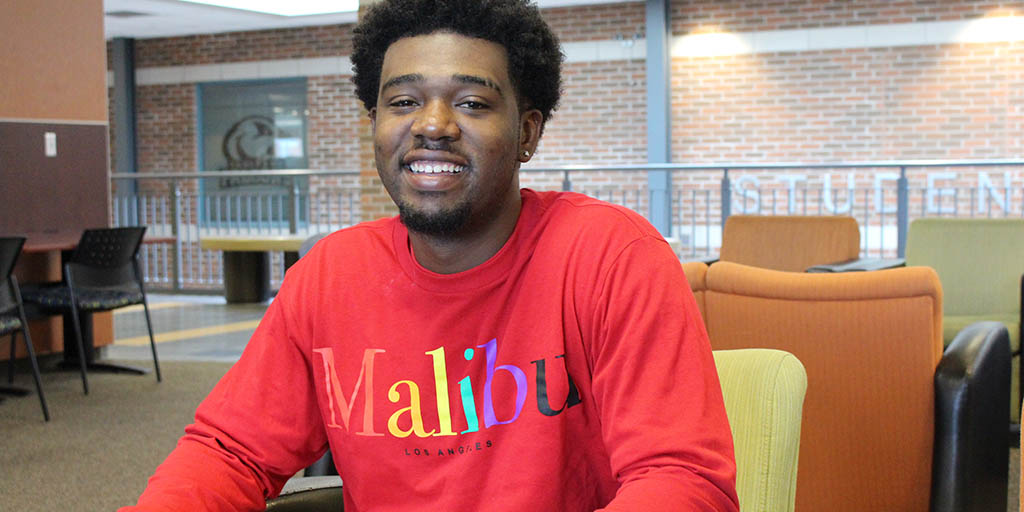 CREDIT: ANGELA MCINNES
Even from afar, Muhquezzen Nixon is doing all he can to help those affected by Hurricane Dorian.

A Fanshawe student is asking the College community to donate food and clothing for Bahamians affected by Hurricane Dorian.

Muhquezzen Nixon, 23, hails from New Providence. Although his island was not directly impacted by the hurricane’s fallout, he said as a Bahamian he feels for those living in the Abaco Islands, where tens of thousands of people have been displaced from their homes.

“It’s really sad to see what people are going through, especially your nation. You always try to figure out ways you can help because you know, what if it happens to you. It’s so close,” Nixon said.

The aircraft maintenance student added that while he is not at home to help out his neighbouring islanders, he still stands in solidarity with them and those who are taking them in.

“You feel really devastated for those people and then you always welcome everybody to come to the island you’re at because you want to help them out,” he said.

The Category 5 hurricane first struck the Abaco Islands in the northern Bahamas on Sept. 1 where it remained for two days, impacting Grand Bahama as well. As of Sept. 11, when this article was written, the UN estimates 76,000 have been left homeless, and the death toll is at least 50 people.

Nixon told Interrobang that some of his friends have experienced personal loss.

“Because of the water and the current, people are getting drifted away from the current and their family. Some people were holding on to their family; they couldn’t hold on anymore, they had to let go of their family,” he said. “Children were getting lost. My friend who lives over here, his young daughter got lost. But he couldn’t do anything because he’s over here.”

In the days following the hurricane, Nixon joined a group of local Bahamians to contribute to relief efforts. He said they gathered enough food and clothing to fill a U-Haul that they then drove to Niagara Falls, where it was handed off to an agency that shipped the items to the Bahamas.

But there’s still need for more.

“A lot of people donated, but what we donated could only help so much. The more the better,” he said.

On Sept. 21, the group will be holding an event at 246 Dundas St. at 6 p.m. to raise funds, awareness and donations. Nixon said they are asking for toiletries, diapers, first aid items, cleaning supplies, canned goods, work gloves, hand sanitizer, non-perishable food, and cleaning/ baby wipes, and clothing in good condition.

The event will feature a fashion show, raffle giveaways, and music. Admission is free with five canned goods at the door.

Nixon said that the group came together via word-of-mouth and social media, and hopes to extend the same sense of unity to the College.

“Bahamians always come together,” he said. “They always find a way.”

Editor’s note: A day following the interview with Interrobang, Nixon followed up to say that his friend’s daughter had been found.
Bahamas Fundraiser Hurricane

Coin payment eliminated for parking in Lots 5 and 8