eSports could be Fanshawe's next varsity sport 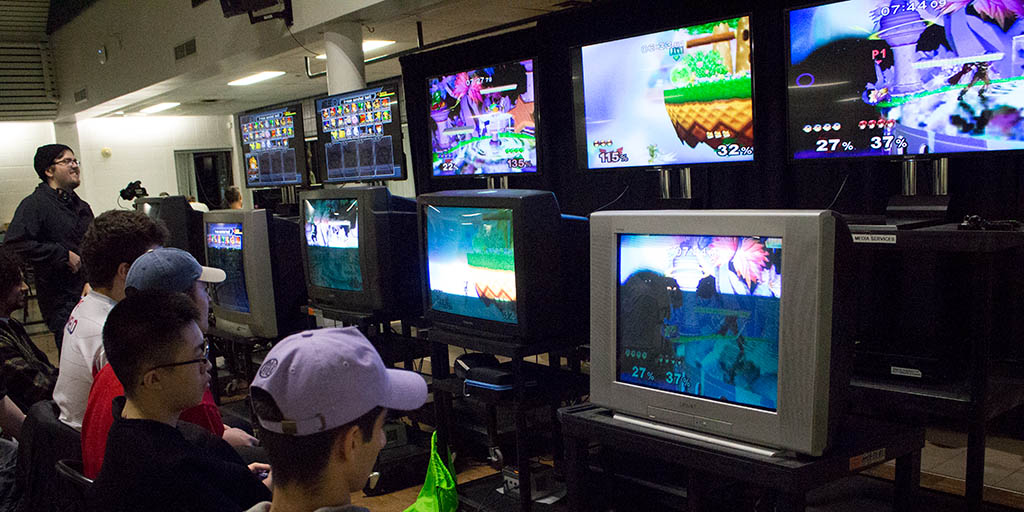 Opportunities in competitive video game playing are spreading to the collegiate level in Canada, and the Fanshawe Ultimate eSports League (FUEL) wants in.

“One of the things that we’re doing with FUEL is proving that there is a demand for eSports at Fanshawe College,” Tyler Hetherington, events and activities co-ordinator for the Fanshawe Student Union (FSU), said. “We’re proving that there’s a demand for eSports people at Fanshawe College to compete not just against their friends, not just against other FUEL members but also against other schools.”

Hetherington said that teams on FUEL are already competing against other schools in the US, even with its minimal resources and student leaders acting as coaches.

He said that the sky is limit if Fanshawe recognizes FUEL as a varsity sport.

“The resources that we have, if we became an athletic sport, would be much more than we have now and we’d be able to have coaches and build teams in a certain way,” Hetherington said. “We’re streaming [games] and we’re seeing that fans are watching us, so I think it’s a whole new thing that the Ontario Colleges Athletic Association (OCAA) will have to look at eventually. We hope Fanshawe gets behind it.”

Hetherington said the ideal outlook would be for FUEL to have its own allotted arena in the College where teams can practise and students can enjoy leisurely play in their downtime between classes. He said having the space and athletic recognition would allow the team to take advantage of sponsors, who he said he already has lined up.

“I can definitely see [eSports] being a varsity program in the next two to three years,” McFadden said. “The student union executive would have to be willing to fund a new program, but my expectation would be that they would be willing to do that.”

McFadden said that reaching varsity status in the OCAA requires a two-year trial period, six schools total to form a varsity league, and finding suitable space for the team to practise.

He said informal discussions on the matter have been positive, although moving forward depends on the OCAA.

Electronic sports have been a regular fixture in Europe and Asia for decades. As of 2018, the industry is globally worth as much as $138 billion, as reported by CNBC.

In the US, professional competitive video game playing has rapidly grown in mainstream popularity. In the land typically known for its love of college football, eSports is now a common varsity sport, scholarships and all, with its own National Association of Collegiate Esports to boot.

Several schools in Canada have already noticed the trend. The University of Toronto offers an eSports scholarship to a high achieving student with a demonstrated passion for gaming, while the University of British Columbia’s eSports Association boasts a membership of more than 600.

In 2016, the number of eSports enthusiasts and occasional viewers totaled 323 million, according to a report from statista.com. The site predicts that number will nearly doubly by 2020.

The industry is growing at such a rate that it has even caught the attention of college program co-ordinators, seeing an opportunity to train students to find employment in an evidently lucrative field. Earlier this year, St. Clair College announced its plans to create an academic program fully devoted to eSports business, management, marketing and branding.

“We’re seeing is a lot of traditional sports owners getting into eSports because they see the value in it,” Byrne said, citing recent investments into eSports from Michael Jordan and Robert Kraft from the New England Patriots. “So what I would tell people is you know if somebody like that who has a reputation of building successful organizations and sports spends 20 million dollars to purchase a spot you have to assume that he’s going to spend a good deal of money to staff the right people to run that organization properly. There’s going to be a lot of careers on the horizon.”

Aside from offering career, business, and scholarship opportunities, the world of varsity eSports offers students a chance to enjoy the benefits traditional sports, such as discipline and teamwork, outside of traditional sports.

Dash Sakiri, a student in chemical lab technology and Super Mario Smash Bros. enthusiast, said that he would like to see eSports reach the varsity level at Fanshawe.

“Where some people lack in body shape that matches sports, it’d would be a great opportunity for kids who feel like they can’t do sports to just get out there and go do it,” Sakiri said.

Riley Wray, president of FUEL’s Overwatch club, said playing eSports has opened her up to meeting new people. Being a part of the club has prompted her to do many things she never thought she could do, such as reaching out other colleges in the US to co-ordinate tournaments.

“It’s really turned into a lot more dedication,” Wray said leading the club. “Everyone’s very hardworking towards it. Everyone really tries to help each other improve.”

She said telling her parents that she competes against colleges in the US is one of the best parts of taking the sport seriously.

“They’re surprised by the scope of it, and the fact that I can start something that has such a big scope,” she said.

FUEL has teams in games such as Overwatch, FIFA, and Super Mario Smash Bros., as well as many more.

1
Indie developers are leading the way for better representation in gaming
2
How the Nintendo Switch switched the gaming world
3
Class Representatives: There for you
4
Fanshawe Esports room opens its door
5
Fanshawe hosts Truth and Reconciliation Week

Fanshawe's Chris Parker finds success during another year on the court