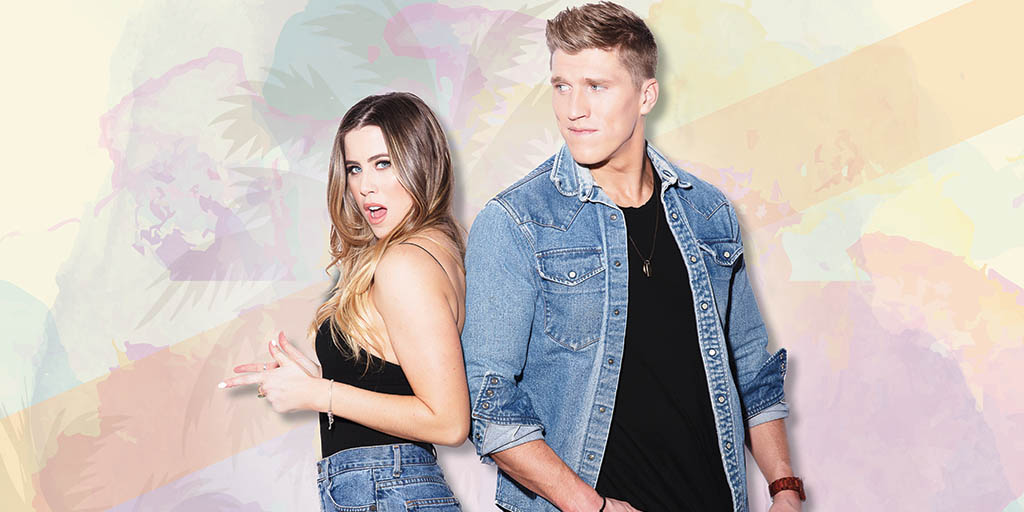 CREDIT: JESSICA PELLIZZARI
Fanshawe students are in for a real treat as the Fanshawe Student Union (FSU) brings The Reklaws, Cory James Mitchell Band and Jade Eagleson on campus for the frosh concert on Sept. 11.

Fanshawe students best be getting their plaid and cowboy boots ready because the College is going country for the annual frosh concert on Sept. 11.

A combination of talented Canadian country music acts, will hit the stage in the SUB courtyard (just outside Forwell Hall), starting at 8 p.m.

The night will begin with Cory James Mitchell Band and Jade Eagleson, followed by headliners, The Reklaws.

The brother-sister duo are heating up the country music scene with hits such as “Hometown Kids” and “Long Live The Night”, as well as playing multiple shows. They’ll be performing at this year’s Canadian Football League (CFL) Grey Cup, during the SiriusXM Canada kickoff show in November.

The duo (originally from Cambridge, Ont.) are also nominated at this year’s Canadian Country Music Association (CCMA) Awards in the SiriusXM Rising Star, Group or Duo of the Year and Video of the Year categories. The Awards take place on Sept. 9 in Hamilton.

Tyler Hetherington, Fanshawe Student Union (FSU) events and activities co-ordinator is “super excited” for the event and the fact that the FSU is able have such a big band and supporting acts play on campus, to help begin the school year.

According to Hetherington, this will be the first time all three acts will be performing at the College.

“The Reklaws are absolutely massive right now, their huge single “Long Live The Night” is killing it on everything, so we’re really excited to get them to come,” Hetherington said. “We’re also really excited for the openers to come, Jade Eagleson and Cory James Mitchell with the entire band, instead of just Cory James by himself, so I’m very excited for the entire show, it’s going to be “lit”… ‘Falcon Lit’.”

In terms of how the bands and the theme of country music was chosen, Hetherington said the FSU discussed their options, conducted polls and also spoke with other representative’s from other schools and those dealing with the entertainment side of things.

According to Hetherington, the FSU looked to see what kind of sounds may best represent the student body and the success of previous country concerts was also helpful in deciding the genre.

Hetherington said country tends to be the genre of music that is close to the top when it comes to student concerts, while other genres rotate.

“We just decided to go with country for our frosh concert because it kind of represents a lot of the students, also the single [The Reklaws] have is just massive. They’re getting nominated for everything, they’re headlining festivals and stuff so it was a really big pull for [the FSU],” Hetherington said.

Hetherington also said the FSU will have a paint party just two days after the frosh concert which will also help in terms of representing different groups of the student body and having an event for those who may not be into country music.

“The Reklaws, we were very happy and lucky that we got the date that we got from them and we’re stoked for the show,” Hetherington said. “The opportunity to get the Reklaws on that date, was just perfect.”

Hetherington is also positive in the opening acts chosen for the concert.

“We actually just picked two acts that we thought could really just kick off the night and set the tone for the Reklaws to rip it down,” Hetherington said.

Even if you’re not a country fan, Hetherington is positive about the event.

Justine Albrechtas, a recent Fanshawe grad and country music enthusiast is planning to come to the show if it works in her favour.

“I’m excited every time any country artist like that comes, because you know that people are going to go just because it’s a fun event happening at the college, so they’re going to get exposed to [country] music and kind of see that it’s actually current and something that they could like,” Albrechtas said.

Albrechtas said having bands come to the College also helps them gain younger fans and get their music out to more people.

“It opens them up to a new kind of young demographic. I know country is pretty popular with younger people, a lot more than it would have been years ago, but there is still a huge percentage of the young population [who are not as dedicated to it]. It’s kind of cool to see everybody get exposed to it and the artist(s) get the extra exposure,” Albrechtas said.

According to Albrechtas, it’s great when the FSU picks a country act for frosh, especially when it’s at a time when some acts are just about to explode into the greater music scene.

“It’s kind of cool [to have] those kind of artists come to our little College,” Albrechtas said.

Albrechtas , who’s seen The Reklaws perform before, had positives to share of what students may see during their show.

“From the Reklaws and the rest of the line-up specifically, I think [students are] in for a really energetic and fun show. The Reklaws in particular, their energy is unmatchable,” Albrechtas said. “They’re having fun from the minute they step onstage to the minute that they’re done. They’ll throw in covers that you don’t really expect, they’ll do impressions, they’ll do their own songs. It’s a really cool mix of content.”

Students will get tickets for the show in their frosh kits, or they can purchase them for $10 at The Biz Booth. For more information on the concert and tickets, visit fsu.ca.
Concerts Country Music Fanshawe Student Union Frosh On Campus Events

Frosh week is about to get "lit"

A look at what Fanshawe's newest building will feature