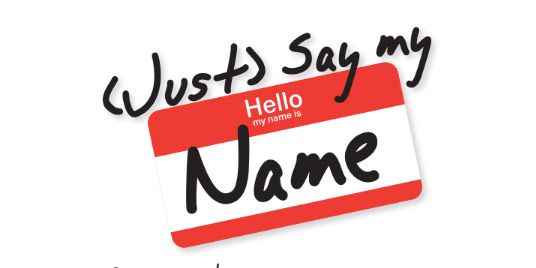 Everyday individuals make subconscious assumptions about others based off the appearances that society has been brought up to perceive in a specific manner. But times are changing, and there is a growing number of people who understand that the world has not been constructed in binaries: to be one way or another, but rather that there are in-betweens that yearn to be accepted as independents. Fanshawe counsellor, Candice Lawrence, thinks it's a process of development.

“People who create their own term to identify with who they are, to have the right to do that, to not have derogatory terms thrown at them and to just create a language that is inclusive because the world isn't just made up of a binary.” Steps are being taken one at a time in achieving equality, but some barriers come first.

It is hardly an easy procedure in the process of coming out when individuals have been born into societal gender expectations. Existing ideas on the painted pictures that individuals are expected to fit into based on gender roles complicate understanding. The most common pressure comes within households, and the parental expectations of children to travel down the predetermined routes deemed fit for their gender, such as marriage and the passing down of family genetics. Daughters are expected to marry a man, have his children and vice-versa.

Others grow up realizing that it just doesn't feel right doing certain things, or acting a certain way simply because those are the actions affiliated with their gender. Taking that feeling of discomfort and uneasiness, these individuals identify themselves outside the binaries, but for others, it isn't always easy to understand quite what that means.

Anybody can get on a computer and do a little research for themselves. Questions such as defining a term can easily be answered in one quick explanation, others, not as much. The grey area between which terms could be derogatory and which are not can be complicated. The preferences differ from every individual, and often simply asking the individual can solve the problem.

Lawrence explained how to avoid offensive language, as it can be easy to step on the toes of loved ones despite meaning well.

“I think the family and friends should consider talking to the LGBTQ+ person and saying, ‘How do you prefer to be referred to?' If it's a trans person, it's always a polite and respectful thing to ask, ‘What is your preferred pronoun?'”

The rainbow community is more than a title, it is a network of people to connect with, a movement that empowers one another. The way people view and respond to the LGBTQ+ community has changed drastically from the days of the past. Individuals used to be extremely reluctant in publicizing their sexuality at all, and if shared out loud, it was often said quietly and secretively.

Discrimination is now highly frowned upon, as more and more people are taught to accept the diversity in the world.

Lawrence explained the fight for equality, and how supporters have worked towards change in society.

“A lot of LGBT history involves reclaiming words that used to be thrown around.”

A derogatory term such as “queer” is a word that people can now proudly use in self-identity. The message is that individuals should never feel ashamed or guilty for who they are.

The key to a world of love and equality is broad-mindedness. Lawrence disagreed with the consistent need for individuals to categorize everybody under general identities.

“It doesn't matter who it is, whether it is a straight woman, straight man, gay man, gay woman, it really comes down to respect and just trying to be open-minded; being open-minded to how an individual likes to be referred to.”

She said it is as simple as just asking that person. The rainbow community and its allies will continue to fight for fairness and their rights in the world, and all that is asked is for respect in progression. For now, we can applaud the battles that have been fought in seeing how far the LGBTQ+ community has grown, as it is only uphill from this point on.
Diversity Gender LGBTQ+ Sexuality

What does LGBTQ+ stand for?