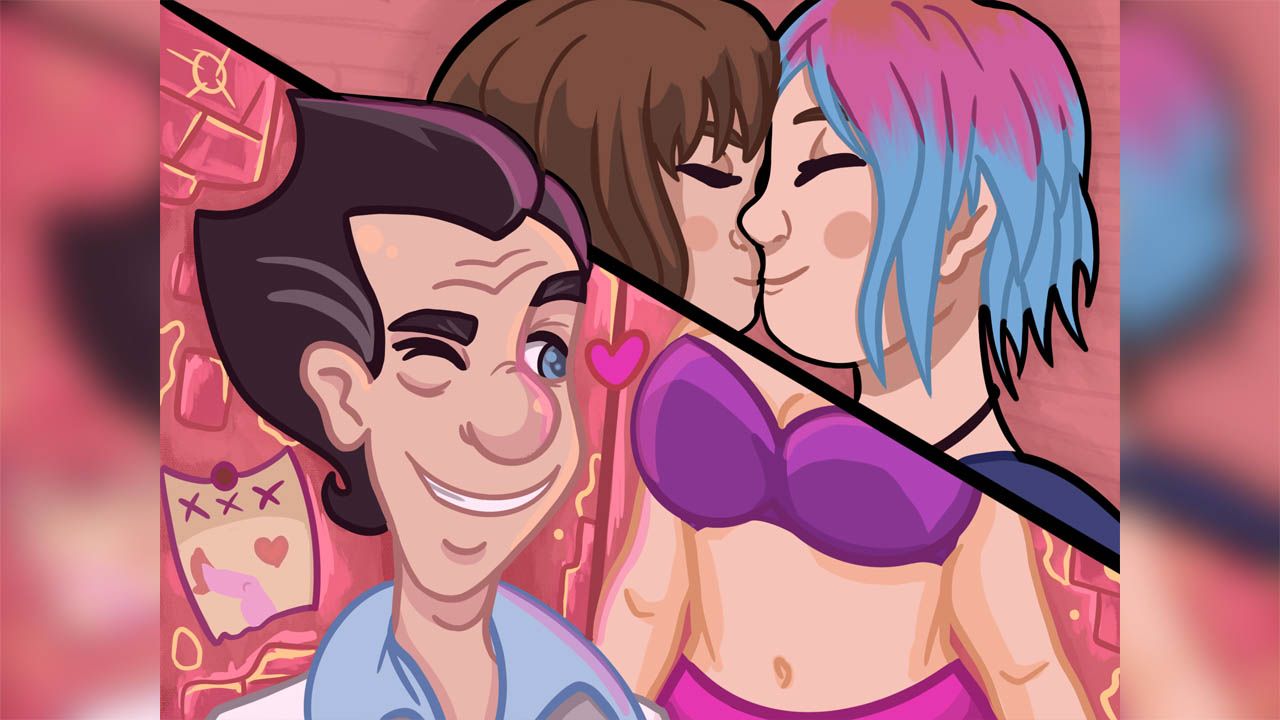 CREDIT: NINA HEPPLEWHITE
Created by Sierra On-Line, this 1987 classic revolves around Larry Laffer - a 40-year old pervert who is on the prowl to lose his virginity in the city of Lost Wages.

In this unholy day and age where virtual reality can let anybody with a modest budget do unspeakable things with just their hands and a headset, it’s nice to look back on a simpler time. I’m talking about a time when you had to type in commands to make your character take their clothes off in front of an 8-bit prostitute (graphics, not price).

Leisure Suit Larry in the Land of the Lounge Lizards (LSL) billed itself as the first graphic adult adventure when it arrived on shelves in the late 80s, and what an adventure it was!

Created by Sierra On-Line, this 1987 classic revolves around Larry Laffer — a 40-year old pervert who is on the prowl to lose his virginity in the city of Lost Wages.

That’s it. That’s the premise.

Of course, along the way there are the typical pitfalls...pimps, convenience store clerks, trench coat wearing flashers, femmes fatale, etc. By solving a convoluted series of fetch quests and personality puzzles, Larry eventually meets Fawn — the “babe” of the game — and proceeds to woo her in typical 80s fashion.

That is to say, he gives her expensive gifts and tries his best pickup lines.

For the purposes of this article, I only played the first installment, though this game spawned a long-lived franchise.

To be more specific, I played the 1991 VGA version which is the exact same game but with better (for the time) graphics, and mouse cursors that replace text entry for things like talk, lick, touch, look, strip, and one slot specific to a single chosen inventory item.

It felt a lot less pervy to use the zipper cursor, for instance, than it did to type out “have sex with...”

And that is the crux of this game — it’s perverted.

The entire game, from the summary on the back of the box to every single interaction Larry has with members of the opposite sex, drips with cringey, nudge-nudge ooze.

The tough part of reviewing this game is viewing it through a 2022 lens. Leisure Suit Larry is now 35 years old, and back in the late 80s things were notably different when it came to sex and sexuality.

LSL features many of the hallmarks of every 80s/90s sexy comedy — sexism, casual racism, gay jokes for laughs, lesbian jokes for sex appeal. In the woke world of today, this game would not fly.

And yet, watch any late-80s or 90s sitcom and you’ll find the exact same content with bigger budgets and A-list stars.

Larry’s racist interactions with the shopkeeper — think Apu from the Simpsons — are the most off-putting part of the game by far, but they are not out of line with the pop culture comedy of the day.

On that note, Leisure Suit Larry is much tamer in its approach to sex than more modern franchises like Grand Theft Auto. In the GTA-verse, you can get a girlfriend or hire a prostitute and have cutaway sex scenes just like in LSL. The latter, however, does not allow you to murder them in broad daylight using your weapon of choice.

Larry is far from smooth but he’s not rough. He’s not a killer. I think that is where the comedy tempers the cringe.

Larry’s whole bit is that he’s a perverted loser. He’s an anti-hero trying his best in a world of style over substance.

And yet, in spite of all the outdated 80s tropes, there are some redeeming qualities to Leisure Suit Larry. At the very least, there are parallels to be drawn to the modern age.

Larry is a loner, someone who keeps subscribing to a formula of machismo that — at the time — was saturated in popular culture.

In today’s world, Larry could easily be one of the many disenfranchised men who attend seminars on how to pick up women. He’s a walking stereotype because that’s what he thinks a man on the prowl should be.

He’s driven by sex without thinking about anything beyond getting it, and loses everything in the process. He tries all the right moves, lays the best lines, gives expensive gifts, and yet is blind to the fact he is being swindled, even though it is clearly telegraphed throughout his misadventure.

It’s not until Larry stops trying and meets a woman who is genuinely interested in him that sparks ignite. Is it enough to redeem the rest of the game? It depends on how the player views it.

If you’re looking for a perverted, point-and- click escapade using outdated technology, download a DOS emulator and find a copy of the game online.

If you know you will be offended by any of the above, you can always stream Friends.

Editorial opinions or comments expressed in this online edition of Interrobang newspaper reflect the views of the writer and are not those of the Interrobang or the Fanshawe Student Union. The Interrobang is published weekly by the Fanshawe Student Union at 1001 Fanshawe College Blvd., P.O. Box 7005, London, Ontario, N5Y 5R6 and distributed through the Fanshawe College community. Letters to the editor are welcome. All letters are subject to editing and should be emailed. All letters must be accompanied by contact information. Letters can also be submitted online by clicking here.
Sexism Video games