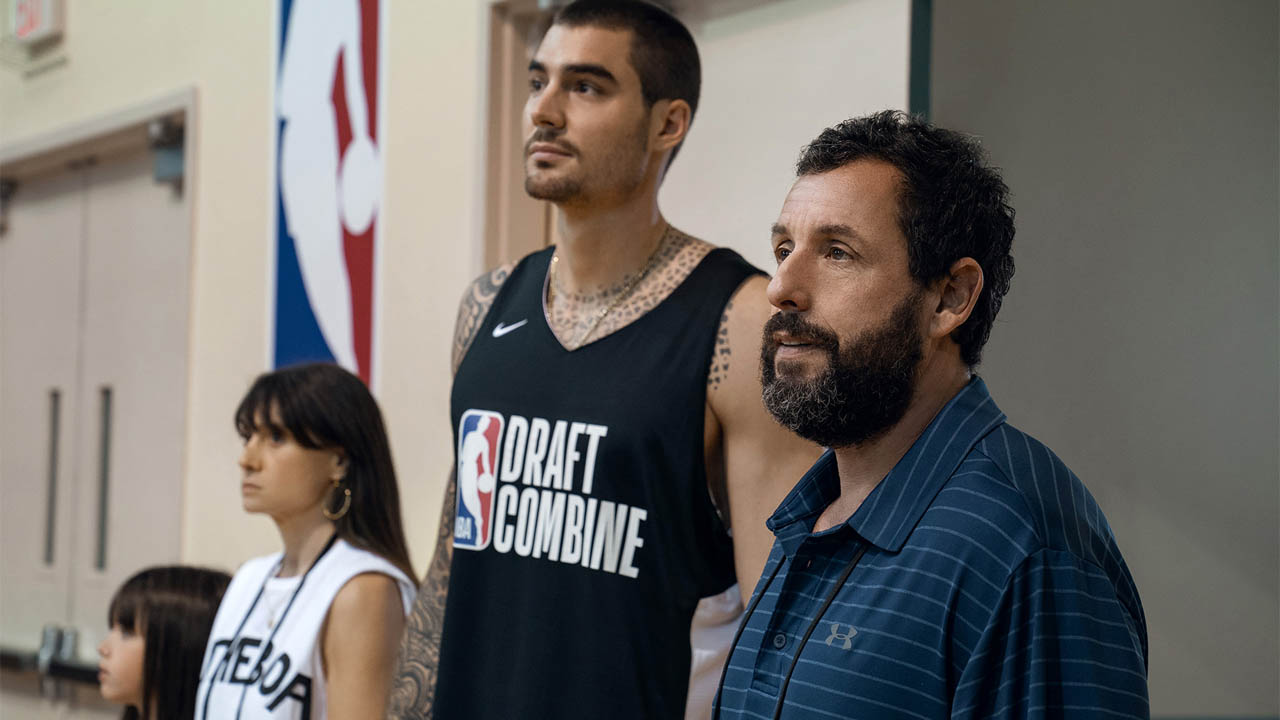 Juancho Hernangómez has had a busy summer. From starring in a well-received Netflix movie, signing a one-year contract with the Toronto Raptors, and winning gold at the European Basketball Championship, he’s had a packed schedule. But, he’s got some solid backup.

Hernangómez’s Hustle co-star Adam Sandler recently gave him a shout-out after his EuroBasket performance. He wrote in a tweet “Bo Cruz! Getting it done. Love you Juancho. And Willie! Congrats to the whole Spanish team.”

Hustle stars Sandler as a scout who finds Bo Cruz (played by Hernangómez), an unknown but incredibly talented basketball player playing at a pick-up game. Over the course of the film, the two end up bonding over their mutual love for the sport. The two’s bond wasn’t just on screen either, forming a real-life bond away from the set as well.

Shortly after the film was released, Hernangómez signed a one-year veteran minimum contract with the Toronto Raptors, making it his fourth team in a year.

Hernangómez posted some amazing numbers in the EuroBasket final, getting 27 points, five rebounds, and an EFF of 30 in just over 26 minutes of playtime. His performance helped propel Spain to their fourth championship victory in an 88-76 win over France.

Having played for multiple teams, including Boston, Utah, and San Antonio in 2022 alone, he averages 3.3 points per game, 2.5 rebounds per game, and .5 assists per game. While putting up a fantastic showing at the EuroBasket final, Hernangómez’s spot on the Raptors is not guaranteed.

He’ll have to go up against five other new faces, including D.J. Wilson, Josh Jackson, and Gabe Brown, for that 15th roster spot. The 6’9” power forward will have to show that he can keep the same pace as he had during the EuroBasket Championship final.

Toronto could pick any of the three hopefuls, depending on what they want in that 15th spot. If they just want pure size, Wilson is the best choice, though Hernangómez’s height and seven-foot wingspan is no joke. Jackson needs a little work but has the potential to be a solid player. Shooting is a specialty of Hernangómez, based on his Euro- Basket performance, and Brown is on an Exhibit 10 right now, making the Raptors’ G League team, The 905, much more likely for him.

The Raptors do have room for another big man on the roster, and Hernangómez landed some impressive shots, including seven three pointers to bring Spain to their win. The Raps could use the floor spacing, so it’s anyone’s guess if he makes the cut.

But, with the aforementioned EuroBasket performance and an endorsement from Sandler, who knows? Maybe Hernangómez puts in some “hustle” at the Raptors’ training camp this year to clinch that 15th spot on the Raptors’ bench.
Adam Sandler Basketball NBA Toronto Raptors

You are not alone: Support for survivors on campus

Queen Elizabeth II has passed. Will her church do the same?