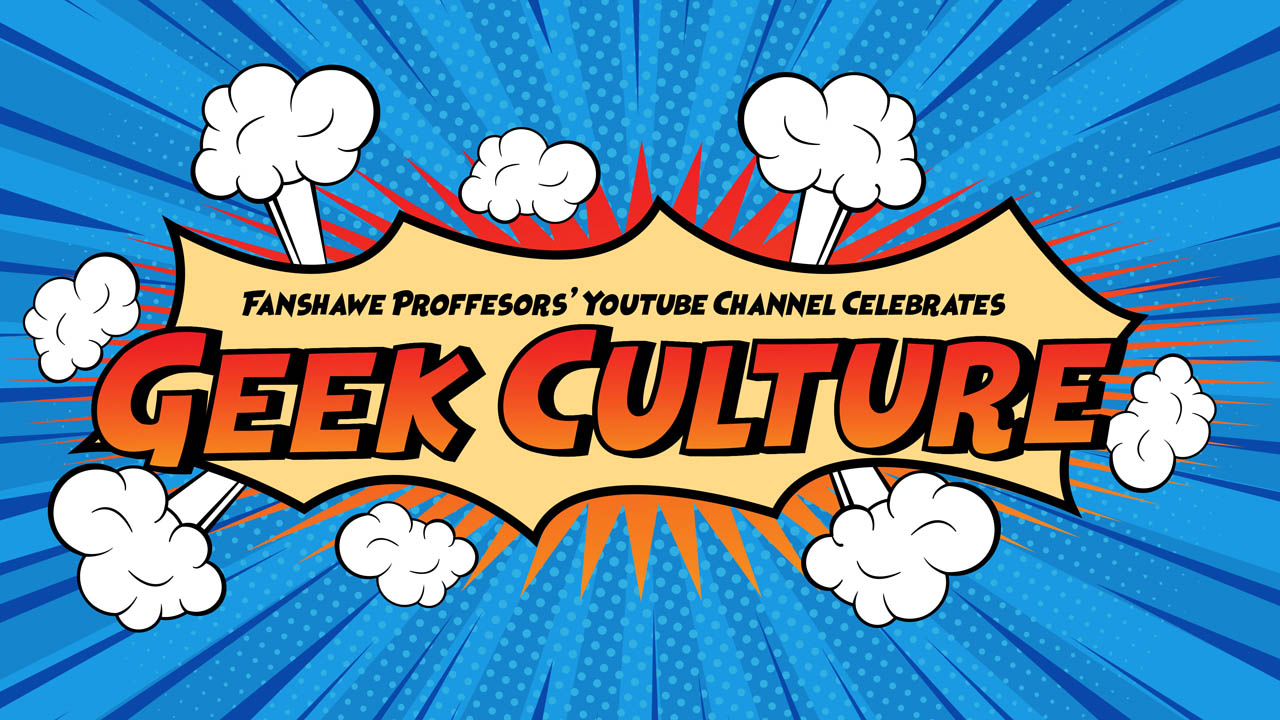 FANatics is a YouTube channel created to celebrate, connect, and cover all things geek. But what Fanshawe students might be even more tickled by, is the fact that the two creators of FANatics are professors here at Fanshawe College. Tammy Heisel and Morgan Baker are both well-loved and respected teachers in the Broadcasting for Film and Television program and also both work together at CTV.

“Whenever I start a new year I say, ‘Hi, my name is Tammy Heisel. You’re gonna Google me, and you’re going to see me dressed as an Ewok,’ and everybody, ‘thinks what is going on here?’” Heisel said.

For geeky students, hearing these words may seem like all their Christmases have come at once.

Heisel and FANatics co-creator Baker both developed the show while working at Rogers TV, a community-based local television company. The two producers were asked to pitch an idea, and that’s when they conceptualized the idea for the FANatics series.

“When Morgan and I met it was over his Star Wars collection, we got to chatting,” Heisel explained. “We were both nerds, geeks, we like the same stuff, and we thought it would be cool if we could do a show on comic conventions. That’s how it started.”

At the time the idea for the channel came about, there was only one convention in London. Therein lay the challenge. The two determined geeks used their superpowers and came up with an idea to go out into the community and talk to people.

“We wanted to speak to people in the community who were nerds and geeks, and at that point there was no platform for that here,” she explained. “We were able to speak with people who made their own costumes or attended different events and we were even at that point allowed to go to Toronto and that’s how we got to the bigger events. If there was something like a gaming event, you know, something that other people might consider nerdy, yeah, we were covering it and they didn’t have that outlook on the station before.”

Heisel emphasized that the point of the channel was to create a sense of belonging and inclusivity for the geek community.

“Our tagline is: by nerds for nerds. Maybe because that’s who we are. You know, people like sports, they go to sporting events. This community didn’t have a voice at one point.”

Heisel and Baker did three seasons of FANatics while working at Rogers TV. After leaving, Heisel ensured they would retain the rights to the name and logo that they created. The TV series was converted into a YouTube channel, a passion project that they both do for the love of the world where nerds and geeks are revered.

“Now what we do is we just cover events as they come up,” Heisel said. “I’ll go out dressed up, if it’s a comic convention or if it’s Free Comic Book Day.”

FANatics was created to celebrate the culture of geeks and nerds, but it is so much more.

“It’s for like-minded people, openness, all genders, all nationalities, everybody’s included,” Heisel said. “There’s not a single person who is excluded from this group. You meet people and you make new friends. What we show through the videos is the connection and the community, so I think it’s always helpful to show that it exists.”

Their authentic excitement and curiosity has opened the doors for FANatics to interview A-list celebs, including comedy horror director Lloyd Kaufman.

“It’s all about meeting people for me,” Heisel said. “Not the celebs, but I think it shows that even an independent show like ours can attract people to speak with. We always treat everyone with respect, celeb or not. I think that’s why we get our interviews.”

FANatics is created by nerds and for nerds, but it’s also created by people who care about people celebrating who they are proudly.

“People don’t make fun of you if you follow sports,” Heisel surmised. “You’ll see people come in with face paint and shirts with a team’s logo on it and all that. How is that different than dressing as your favourite cartoon character or anime character?”

Seven games you didn’t know were made in Canada