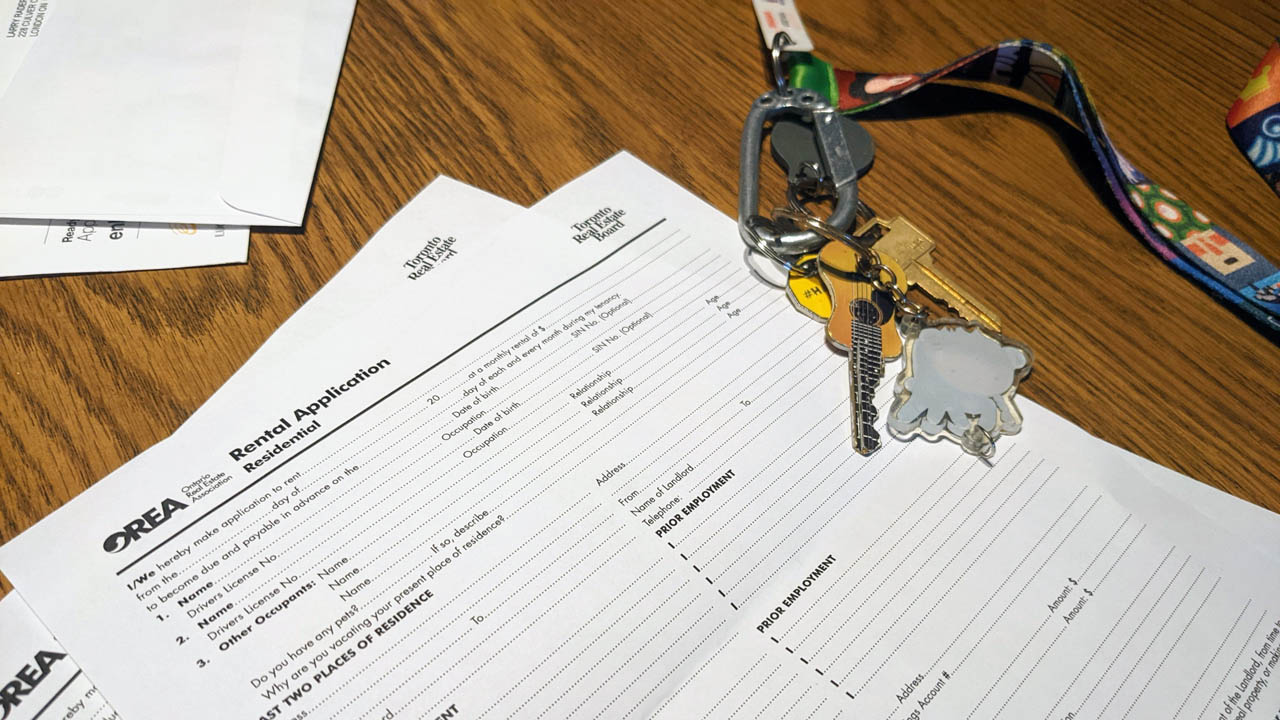 CREDIT: BEN HARRIETHA
Be smart with where and how you rent.

Living off campus as an out-of-town student is tough. Usually you’re still quite young. In my case, I was 17 when I moved out to an unfamiliar city, without much money.

The places I’ve lived were not the most glamorous, but they were home, and I liked them. Most of them at least. The first place I lived in London, an apartment marketed to students, was a different story.

I was paying a little under $700 for a small room in what both my parents and I had thought was a four-bedroom apartment. What it actually was, was a two-bedroom apartment that had two offices or storage spaces that had been converted into bedrooms. No windows. No ventilation.

I was lucky, I had a window in the shoebox I had claimed as my room. The other domestic student had the other room with a window. The two windowless rooms were occupied by two international students from Vietnam, who, like me, had no clue a room like that was not only incredibly dangerous, but incredibly illegal. The windowless rooms were also unfurnished, contradicting what had been promised to the tenants.

Not only were half of the bedrooms in the apartment illegal, but half of the apartment didn’t work. Of the two plugs that were in the kitchen, only one of them worked. Our dishwasher worked once then never again, and our fridge went out for two days, causing us to lose some of our food. Our carbon monoxide detector shorted out thanks to another faulty plug, but we were reassured that the building had detectors built in.

And this was just the apartment itself! That’s not even mentioning that half of the dryers in the laundry room wouldn’t actually dry your clothing, robbing you of the $2 you spent on the cycle. I’d also never seen a cockroach before moving to the apartment. Student housing provided me the opportunity to get up close and personal with some however!

The apartment was also situated behind a concrete forming business, making mornings a very loud affair. Residents of the building were usually never a problem, keeping to themselves for the most part. However, a few moments stick out in my mind, such as when someone had urinated in one of the elevators, or when someone else pulled a carbon monoxide alarm at two in the morning. These were both on the same night, I might add.

Everyone I’ve spoken to who’s lived in an apartment catering to students has similar horror stories. Paying outrageous amounts of money for a small room in a small apartment shared with four other people, or a lack of security allowing random people to walk into the building.

The point I’m trying to make with all these examples is that student housing like the building I lived in isn’t up to the quality of the asking price. The system these types of companies employ preys on the fact that students are either too naive or too desperate to not think twice about the apartment they’re paying for.

Be smart. Don’t make the same mistakes I did. Don’t lock yourself into a three-year lease. Don’t give anyone any money for a place before seeing it physically. Make a bigger deal about things that are impacting your living space. Life is already hard enough without having cockroaches in your pasta.
Editorial opinions or comments expressed in this online edition of Interrobang newspaper reflect the views of the writer and are not those of the Interrobang or the Fanshawe Student Union. The Interrobang is published weekly by the Fanshawe Student Union at 1001 Fanshawe College Blvd., P.O. Box 7005, London, Ontario, N5Y 5R6 and distributed through the Fanshawe College community. Letters to the editor are welcome. All letters are subject to editing and should be emailed. All letters must be accompanied by contact information. Letters can also be submitted online by clicking here.
Housing Landlord/Tenant Rent Rental Market Student Housing

1
The quest for an affordable home in London