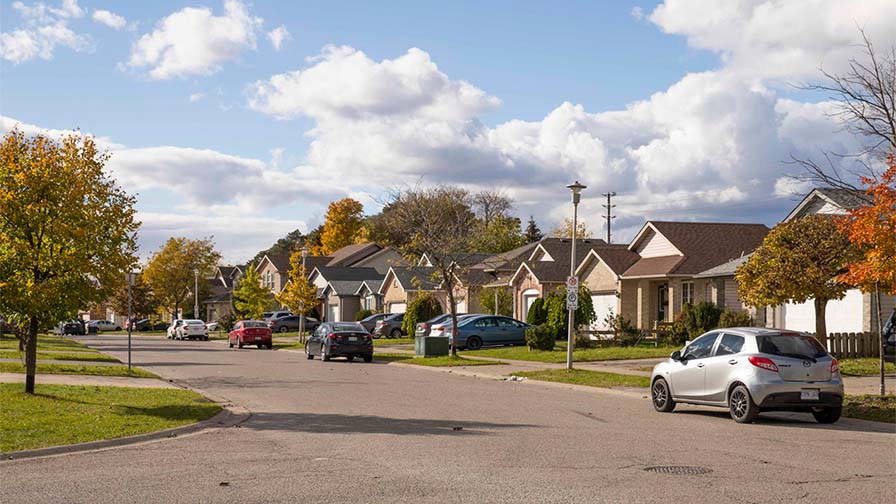 Credit: TARA ARMSTRONG
Thurman Circle has already been at the centre of two police investigations since the start of the 2021-22 school year.

London Police were busy over Halloween weekend, responding to three disturbance calls, two of which occurred at Thurman Circle.

It was there that a 24-year-old man was taken to hospital with non-life threatening injuries sustained in what police called “an apparent assault.” Despite remaining at the scene for several hours on Oct. 30, police did not make any arrests and no suspect has been identified. Police accounts from that night state that there were a large number of young people present in the area, many of whom appeared to be intoxicated.

News of the assault came as Police Chief Steve Williams expressed frustration over the number of police required to handle the various incidents involving students.

“These incidents involving young [people] engaged 20 [London Police Service] members for [more than] 30 [hours] combined [and] will impact workload [and] response time throughout the city today,” said Williams in a series of tweets on Saturday, Oct. 30. “More importantly, this drunken, dangerous [and] at times criminal activity places all responders in harm’s way, which cumulatively, impacts their wellbeing.”

Earlier this term, London Police were called to a student residence at Thurman Circle in response to a bullet hole found in a garage door. Police were able to determine that a gun had been fired at the scene, but no other details have been released. The investigation has been ongoing since Sept. 18.
Crime London Police Service Thurman Circle

Examining the varied responses to the Pandora Papers