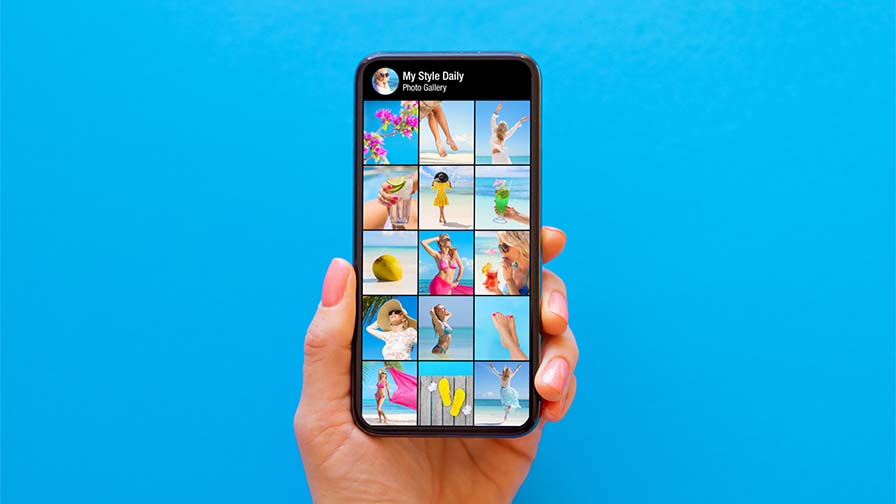 In this day and age, we have the world’s information at our fingertips. Through social media, the fashion evolution really started in 2010 and has since been ever-changing. The mass followings all in one place allows big names, whether it be traditional celebrities or online personalities, to advertise clothes and in many cases, start a new trend. According to Statista, an estimated 3.6 billion people used social media all over the world and that number is expected to grow.

In 2010, Instagram launched and that truly changed the game for fashion on social media. Having a platform where people could post pictures of their outfits really opened up the realm of possibilities. One of the earliest hashtags was Outfit of the Day (OOTD). People who normally couldn’t see what people in other parts of the world were wearing, all of a sudden could. That allowed for different styles to be adopted. Instagram welcomed the possibility of influencers. Of course there was YouTube, but at the time, it was mostly skits and challenge videos.

Since then, TikTok has become the new go-to for many looks. Gen Z has taken over the internet and have paved the way for fashion moving forward. People like Charli D’Amelio, Addison Rae, and Bella Poarch show off their outfits while doing various dances on the app and supporting the brands they like. Often in the comments, creators get messages asking where their clothes are from so others can go and buy it. App users can see exactly how the clothes wear and move while on the body. This is so important for Gen Z consumers because comfort is the number one priority.

Social media gives anybody interested in fashion a platform to share their looks and styles, which is exactly how influencers get their start. Through hashtags, users can create their own brand, without the help of anyone else and reach potential followers. Sometimes it can even be as simple as tagging the brands that make the clothing they are wearing in their pictures or videos to show up in their tagged content. For those who aren’t necessarily wanting to be an influencer but have still built a brand for themselves on social media, this can welcome other job opportunities for them. You never know who will stumble upon your profile. According to Vogue, Rihanna recruited someone to be in her music video in 2015 because she liked her style.

Social media has allowed a lot of growth and change in the fashion industry. It has also allowed for a lot of fashion recycling (taking old styles and reinventing them to be in fashion again). Like they say, what is one person’s junk is another person’s treasure!
Editorial opinions or comments expressed in this online edition of Interrobang newspaper reflect the views of the writer and are not those of the Interrobang or the Fanshawe Student Union. The Interrobang is published weekly by the Fanshawe Student Union at 1001 Fanshawe College Blvd., P.O. Box 7005, London, Ontario, N5Y 5R6 and distributed through the Fanshawe College community. Letters to the editor are welcome. All letters are subject to editing and should be emailed. All letters must be accompanied by contact information. Letters can also be submitted online by clicking here.
Fashion Social Media