Off the radar: What’s going on in the world 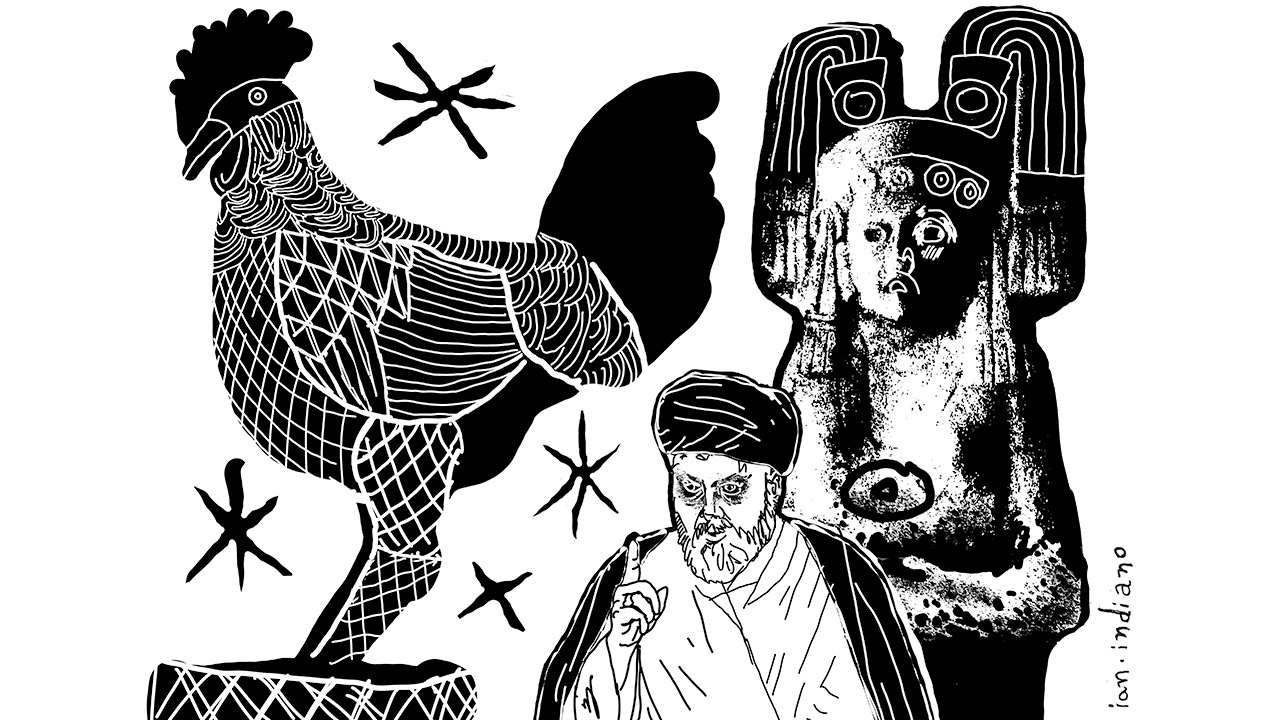 CREDIT: ELECTIONS IN IRAQ, AFRICAN ART FINALLY RETURNING TO ITS HOME, AND NEW IMMIGRATION LAWS IN POLAND. THIS AND MORE THIS WEEK ON OFF THE RADAR!
IAN INDIANO

To achieve a successful legitimate democratic state, it is fundamental to guarantee the independence and the sovereignty of what we call “the three powers,” i.e., the legislative, the executive, and the judiciary. In layman terms, their responsibilities are, respectively, making the laws; executing the laws; and judging the crimes. It is also common to add to this list a fourth power, which is the press. In theory, the independence of each one of these branches, including the fourth one, is what prevents the monopoly of power, because they necessarily supervise each other. And our role in this system is to watch carefully each one of these powers, and make sure the government remains of the people, by the people, for the people.

To help you stay informed, here are four news stories from around the world you should be paying attention to:

After massive protests against government corruption, high unemployment, and dire public services in 2019, the Iraqi people finally had the chance to vote. The election happened on Sunday, Oct. 10. Partial results point to a possible victory by the nationalist Sauron movement, led by Shia Muslim cleric Muqtada al-Sadr. His party wants to end U.S. and Iranian influence over Iraq’s politics. The election was supposed to happen last year, but it was postponed after the protests, during which more than 550 protestors were killed by security forces. Although it might take many weeks of negotiations to form a governing coalition, Sadr is already promising a government free from foreign interference.

The bronze sculpture, known as an “okukor,” was donated to Cambridge University’s Jesus College in 1905. The statue was looted in 1897 in a British raid on what is now Nigeria. In 2016 it was removed from display after the Legacy of Slavery Working Party (LSWP) recommended it be returned. The LSWP was formed by the college to investigate historical links it might have to the slave trade. The artwork will be returned to Nigeria’s National Commission for Museums and Monuments on Oct. 27. The ceremony will be at Jesus College.

A new law has passed in Poland’s parliament allowing border guards to immediately expel illegal migrants and to refuse applications for international asylum without examination. Many human rights groups are accusing Poland of trying to legalize migrant pushbacks and breaking the international law that says that anyone seeking international protection must be given access to the asylum process, even after crossing the border illegally. At least six migrants were found dead near the border with temperatures falling below freezing overnight. The EU and Poland are accusing Belarus’ authoritarian President Alexander Lukashenko of facilitating an influx of thousands of migrants as a form of retaliation against sanctions. Since August, more than 16,000 people attempted to cross the Belarusian border illegally.

Columbus statue to be replaced by Indigenous woman in Mexico

Mexico City’s governor Claudia Sheinbaum has announced that a replica of a pre-Columbian statue, known as the Young Woman of Amajac, will replace a statue of Christopher Columbus. Sheinbaum said that this change is part of a “decolonization” project. The announcement was made on Oct. 12, the anniversary of Columbus’ discovery of the Americas. Christopher Columbus is viewed by many as a symbol of colonialism and oppression, and many monuments in his honour have been attacked recently, like this one, that was daubed with paint during protests last year. The original Young Woman of Amajac was discovered in January and lives now in Mexico City’s Anthropology Museum. The statue of Columbus will be moved to a park in another area of Mexico City.
Iraq Mexico Nigeria Poland

Who Is Kateri Tekakwitha?