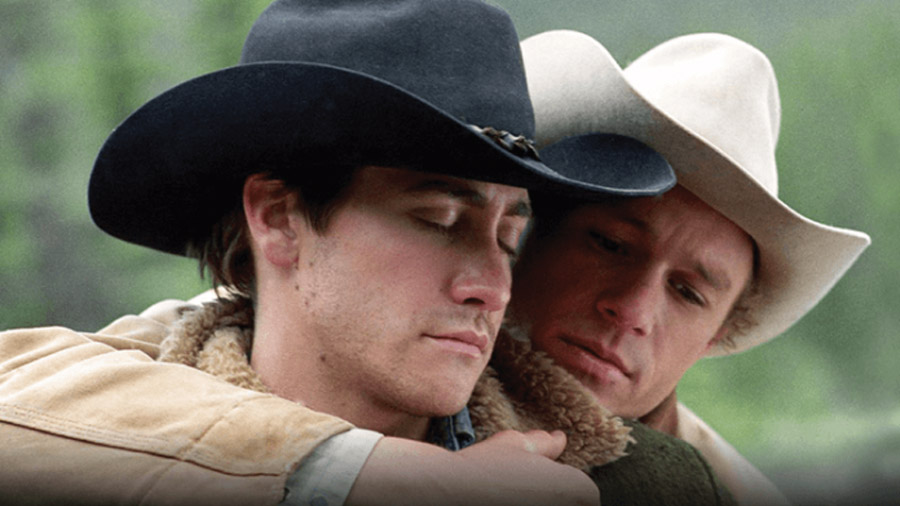 Over the summer, I have made it a goal for myself to watch 100 films that I have not seen before. Each week I will be writing my honest thoughts on some of the movies I have watched over the course of the next few months. As a film student and film junkie, I am excited to take you all on this journey.

To kick off pride month I decided to watch Brokeback Mountain directed by Ang Lee and starring Heath Ledger and Jake Gyllenhaal.  Before I get into my review I want to address that this movie tackles some very strong subjects and depicts some strong emotional and sexual content. So viewer description is advised.

As a member of the LGBTQ2S+ community I must admit that this movie had me sobbing. The storyline was well written and the connection between the two characters moved me.

Brokeback Mountain depicts the story of two cowboys named Ennis Del Mar and Jack Twist in the year 1963. The two men were hired by Joe Aguirre to tend sheep on some pastures on Brokeback Mountain.

During a night of heavy drinking, Jack makes a pass at Ennis and Ennis accepts it. Ennis then declares that this was a one-time incident. This scene was very moving to watch in a sense because the audience saw how complex the relationship between the two men was already.

Back in the time that this story was set in, being out was not as common as it is today, which meant there was a lot of hesitation and hatred towards homosexuality. But that did not stop the two of them from developing a strong sexual relationship.  Eventually the two of them part ways and Ennis eventually marries Alma Beers and has two daughters with her.

Jack returns the following summer seeking work but Aguirre won’t hire him due to his and Ennis’s sexual relationships. Jack eventually moves to Texas and meets Lureen Newsome. This captured the essence of how homophobia existed in society and is still very prominent in certain societies. Even just with comments made by Alma throughout the relationship to Ennis made it clear to the audience that there was some tension between the two.

Eventually Alma confronts Ennis about his relationship with Jack which results in Ennis cutting off contact with Alma. After finding out that Ennis is divorced, Jack drives down to see Ennis and to tell him the two of them should maybe live together. In that scene, there was a moment where I personally sobbed, which was a flashback to Ennis remembering a time in his childhood where his father showed him the body of a man who was beaten to death due to his sexuality.

This was a very jarring and eye-opening moment to the audience as it really made them reflect on the reality of what members in the LGBTQ2S+ community face in their lifetime. When this movie came out in 2005, I was 7 years old and was too young to watch or even have a concept of societal views.

But watching as someone who recently just came out to her family and friends, I truly felt moved to live in a time and place where it is more acceptable for me to love who I choose to love and not feel like I need to change who I am for societal standards.

Brokeback Mountain not only tells the story of masculinity and sexuality, but what it is like to live in a box of societal norms where men must be tough and if they show any sense of emotion they are made fun of. It also tells a story where love conquers hate.

Overall, this movie was a great one to kick off pride month because it is a movie that I feel people should watch at least once in their lifetime.
LGBTQ2S+ Movie reviews Movies

Considering racism in London by a Pakistani Muslim