Exploring the 2S in LGBTQ2S+ 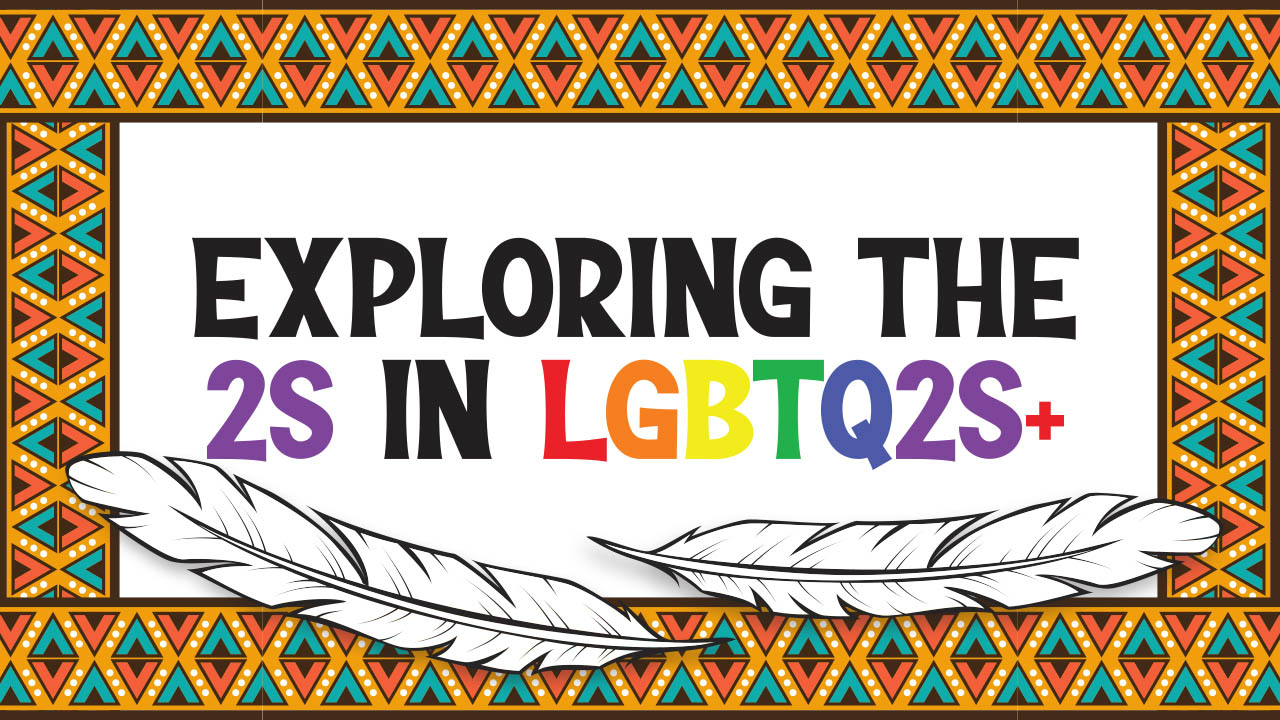 Anyone who identifies as LGBTQ2S+ within Canada, most likely feels they have a basic understanding of the term Two-spirit. But when you dive deeper into the history and profundity of its meaning, you will see the complexity of its roots, what it says about our society, and allot it the respect it deserves.

Storm French-DeLeary, Two-spirit mentor from the N’Amerind Friendship Centre in London Ont., explained that there are a few ways to look at the meaning around Two-spirit.

“The first understanding would be, it’s a postcolonial term for a precolonial identity,” French-DeLeary said.

The history of Two-spirit, as ancient as it may sound, is a relatively modern term for a people that have existed way before precolonial time. French-DeLeary elaborated on the origin of the term Two-spirit, stating that Dr. Myra Laramee, of the Anishinaabemowin tribe in 1996, received a vision during ceremony.

“She said there are certain people who have a very unique spirit, where they’re able to see with either masculine and feminine, or both, and neither,” French-DeLeary added. “Their gift is that they can walk through the world seeing with multiple ways all at once, like exceptional spiritual beings.” From this vision, the term Two-spirit derived.

These spiritual beings, as French-DeLeary coined it, lived life in harmony with their nature.

“Some lived in same-sex marriages, some choose not to have any sort of sexual or romantic relationship. There were women who chose not to get married, or have children, and wanted to join warrior groups, or just be artists.”

Today, we all live in a society that reinforces and emphasizes the idea of acceptance and inclusion. French-DeLeary reiterated that for Indigenous people, these ideals were a way in which they already lived.

“Children were raised genderless. As they got older and you could tell where their interests were, they would be nurtured, and you kind of figured out naturally what kind of person the child is growing into,” French DeLeary said. “In some nations, they would have a ceremony when a child that they noted had certain tendencies. The child would have to choose between either the basket or the bow, and then depending on which one they chose, the child would be nurtured towards those roles.”

According to French-DeLeary, it is important for students to be respectful of the fact that not all queer Indigenous persons feel comfortable with the term Two-spirit.

“It’s defined by each person who identifies that way. It’s your Indigenous self-identifier. It came from an elder’s vision and she shared it at a conference and told us, ‘This is for us to be able to reclaim ourselves.’”

For queer Indigenous people, the freedom to choose how they identify is the point. For French-DeLeary, having the choice is what matters. Because for many Two-spirit elders, the choice was stripped away from them through the residential school system.

“They would strip the child down, and say, ‘This person has this body type, so we’re going to dress them as a boy. Now you have to live like a boy, this is your new name,’” French-DeLeary explained. “The child would have to go through residential school being forced into this gender role, and warned before they went, ‘Do not tell do not let them know you are Two-spirit, or else they will make your life a living hell.’”

For students who feel inclined to understand, or want to be allies, French-DeLeary said there are specific things they can do to actively be supportive. Firstly, she emphasized that the term Two-spirit should not be used by non-Indigenous people.

“Be willing to challenge your own prejudices,” French-DeLeary said. “Be like, ‘Oh, I didn’t realize I even held this belief.’ Accept that it’s going to be a learning journey for both sides and then have grace with yourself for learning.”

Another important note French-DeLeary wanted students to be aware of is to have sensitivity and discernment around the timing of when to ask burning questions.

“Back when there were the trials happening around the cases of Tina Fontaine and Colton Boushie, it was incredibly traumatizing for all Natives. I did not want to be approached with questions. I just wanted to be able to grieve and mourn and process all the emotion.”

Indigenous queer people use many specific terms, depending on their own languages, for gender-variant members of their communities. The one common thing they share is that within these Indigenous communities, all of their identities are valid.
Indigenous LGBTQ2S+ Two-spirit

Talk about it: effective communication for safe sex