Considering racism in London by a Pakistani Muslim 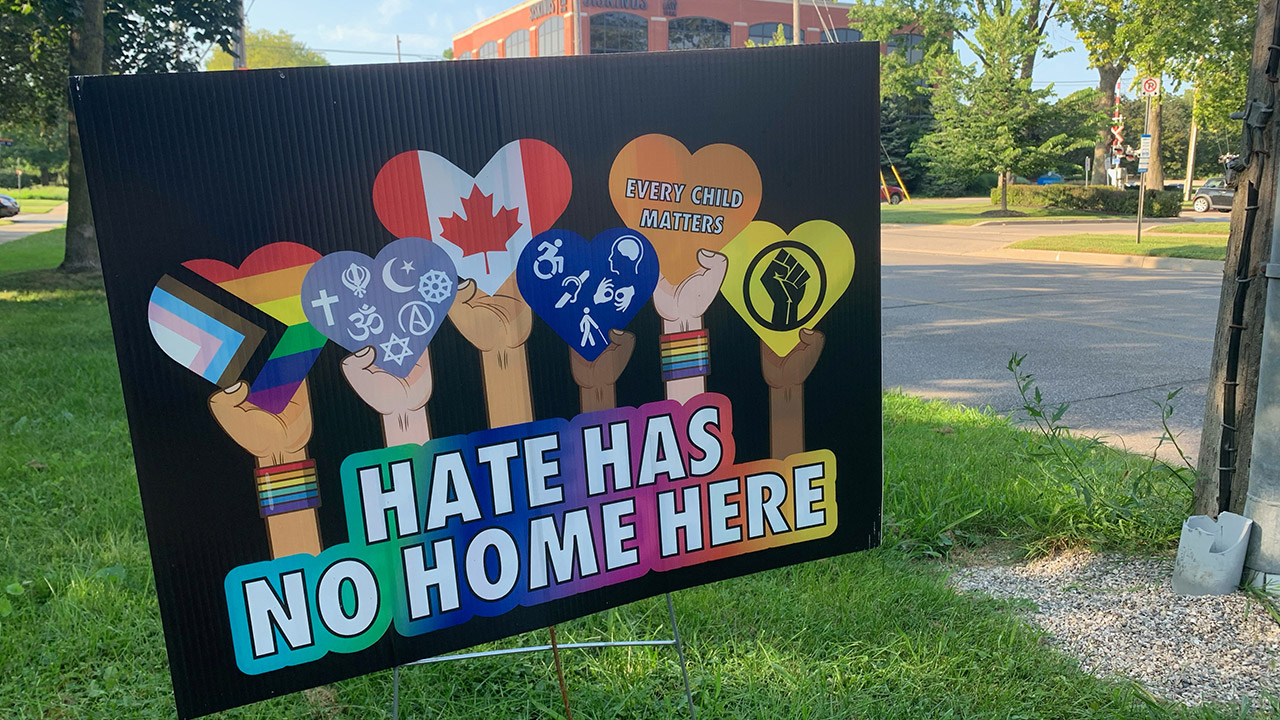 CREDIT: HANNAH THEODORE
Following the deadly attack of a Muslim family over the summer, reporter Aisha Javaid takes a hard look at racism in the Forest City.

On the evening of June 6 2021, the murders of Salman Afzaal, Madiha Salman, their daughter, Yumna Salman, and Salman’s mother, Talat Afzaal occurred on a pedestrian walkway off Hyde Park Road in London, Ont. The attack was carried out when the driver of a pick-up truck, Nathaniel Veltman swerved onto the sidewalk. The sole survivor of the attack is Salman and Madhia’s nine-year old son, Fayez Afzaal. The heinous assault was deemed a hate crime towards the Canadian- Pakistani Muslim family and was recorded as the deadliest mass murder in the history of our city.

I was born in Pakistan and my family immigrated to Canada less than a year after I was born. As a Pakistani Muslim, my family and I were in absolute shock and distress at the news of this tragedy. The following day, I, along with many other Londoners paid respect by placing flowers, teddy bears, and candles at the location of the incident. As I greeted members from my community, I noted the constant fear in their eyes and words.

The term “Islamophobia” was mentioned in nearly every conversation, along with unwanted discussions about removing the hijab and dressing less traditionally. These debates ensued all over social media, as many Muslims in Canada worried for their safety, because they shared the same cultural and religious attires as the Afzaal family on the day of the attack.

I have never revisited my homeland. I completed all my schooling right here in London. As a child, I, along with many other children were teased for being different.

The essence of the bullying that I experienced ranged from things like skin colour, religion, culture, language differences and more. I noticed that whenever I appeared more religious or traditional, I would be heavily observed. Sometimes, I received compliments and other times, I was joked about or questioned by my classmates. Many children, like myself at the time, shied away from having a cultural or religious appearance because of these intimidating instances.

I remember reconsidering wearing the hijab before I entered high school. I had always wanted to be identified as a Muslim above anything at the time. Factors like being judged for not being religious enough within my community and discrimination from outside of my community were some reasons why I decided against it.

Today, I have developed a passion for style that sometimes incorporates my cultural and religious values. Sometimes my fashion sense can be outside my religion’s requirements. During these times, my appearance by itself may not allow others to easily recognize me as a Muslim or as a Pakistani. But many of my friends and relatives who continue to dress under religious obligations, have had their worries amplified after the occurrence of tragedies like the one that occurred in June. Their own personal experiences throughout their schooling may be significantly worse or better than my own.

Currently, I feel that the London community has significantly improved with its treatment against people of colour on a grand scale. Nearly every workplace and educational institution has a decent amount of cultural awareness and religious recognition. There are now many resources and establishments developed specifically to help immigrants and newcomers. Many people of colour in London still feel that racism greatly exists within the city. They have voiced horrible discriminatory experiences that they have shared with me and I feel that as a city, there is still more work that needs to be done.

Two days after the attack, a vigil was held to honour the deaths in the Afzaal family. People of all backgrounds came together to shed tears and heartfelt messages. Political leaders like Prime Minister Justin Trudeau, Ontario Premier Doug Ford, and London Mayor Ed Holder were also in attendance. The outstanding turnout of thousands and thousands of people signified humanity, support and the love of different cultures and religions that everyone shared, specifically for the Muslim community.
London News Muslim Pakistan Racism