How do politics and religion relate? 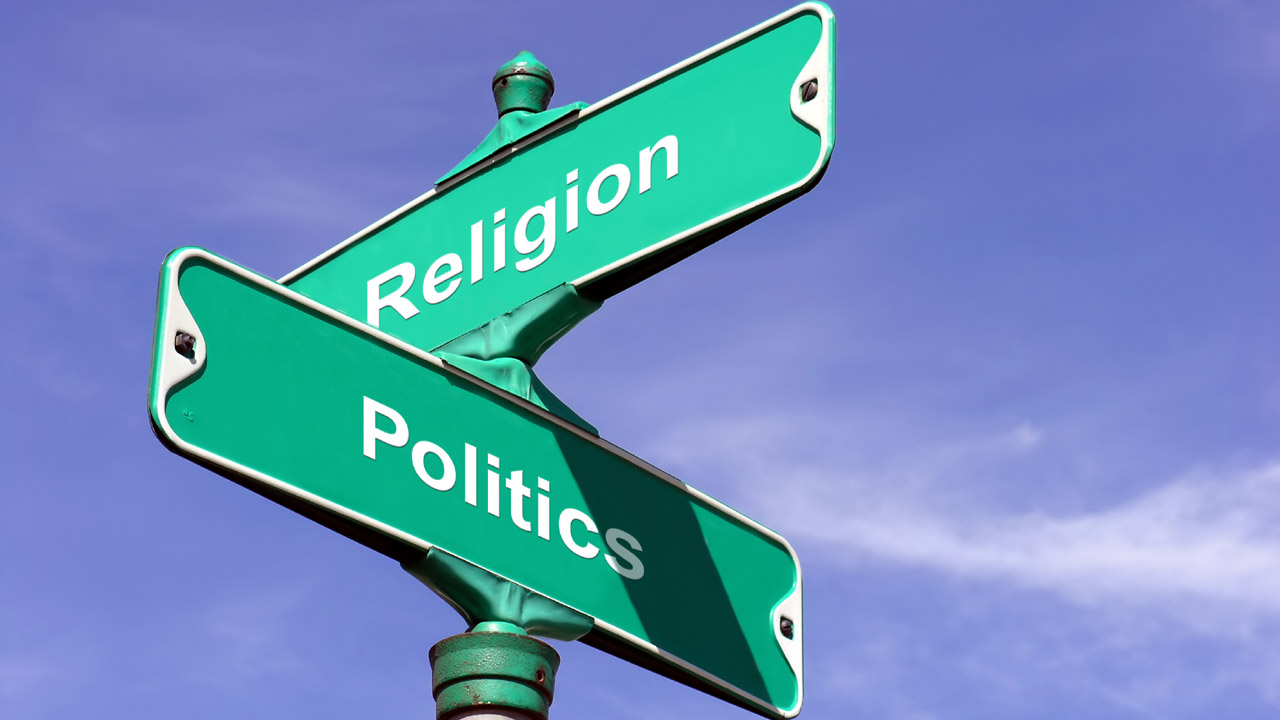 This might sound like an abstract topic that exists for people with more time on their hands than most. But with just a small effort we can see that it is very practical. For example, a look at the relationship between Islam and the politics of Iran would quickly yield some interesting insights. Or consider the relationship between the emperor worship that prevailed in Japan until the middle of the twentieth century and the politics of that country up to World War II. Or, again, we could examine the connections between the religious faith of His Holiness the Dalai Lama, Buddhist leader of the Tibetan people, and his internationalist politics.

So, it is clear right away that we won’t make much headway with this topic unless we first ask two questions. Which religion are we talking about? And whose politics are we looking at?

“Religion” is not a word I use because most often it is spoken by people who have no stake in any particular faith, say Islam, Judaism, Christianity or Buddhism. The word is often deployed in ways that marginalize those faiths. You can hold to a religion if you want to, so this way of thinking goes. But in the end, what really counts is reason and group consensus, possibly aided by a few religious ideas which can be used or not depending on whether they are useful to the reasoner or the group.

Here I am going to talk about Christianity. What is the relationship between Christianity and politics? As for the question, whose politics? well, I would say, hopefully yours and mine.

To begin, we can’t really say very much here without recognizing the intersection of Christianity and Western Civilization. Christianity is not fundamentally Western. It is just as much African, Asian, Latino, and Jewish (Jewish in its origin) as it is Western-European. But one of the key thinkers of Western Christianity is Augustine of Hippo (now Annaba, Algeria). He died in 430 A. D. when the Roman Empire was in danger of being overrun by organized barbarian raiders. They took the city of Rome in 476. No Roman emperor ever again ruled from that day.

Living in dangerous times, Augustine thought long and hard about politics and government. He wrote about this in his book, The City of God. Seeing the destructive hordes who wanted the blood of Roman citizens confirmed for him something that he had embraced when he left a life of self-indulgence to become a Christian. Human beings have a great ability to commit evil. It is the role of government to encourage good and to limit such evil.

This way of thinking has steadily influenced the development of politics in the Western world. It got a terrific boost with the European Reformation of the 1500’s when church reformers insisted that the role of government is not first of all to acquiesce to the demands of bankers or military leaders. Politicians must recognize that human beings are tragically flawed. On the one hand, we are capable of incredible nobility. But we are never far from becoming cruel and barbaric. Therefore, political leaders, who have more power than most, must work to bring out the good in a society, and to discourage evil.

That’s not a bad starting point. But are there more points of contact between Christianity and politics? Yes, absolutely.

The Christian Bible contains many stories of prophets. The thing about these prophets is that they were not that much concerned with making predictions about the future. Typically, they lived in desert locations where they would study and pray. From there they would make forays into the courts of ruling families. Typically, they would tell those rulers what a miserable job they were doing. Biblical prophets like Nathan, Elisha, Jeremiah and Isaiah (maybe the most famous of them) would bring messages from God condemning such things as the impoverishment of the poor, alliances with corrupt war lords, and in one case, a (successful) conspiracy to commit murder.

Jesus himself took on a prophetic role like this. He condemned the manipulative religious-political alliances of his time. This was a key factor in his being executed.

It is a very short step from embracing these accounts of the prophets demanding justice for the governed to realizing that, in our own time also, leaders must govern to promote the just treatment of those they govern. This means, among other things, that they must have a special eye out for the disadvantaged.

In addition, Christianity, correctly lived out, supports the development of societies that are orderly, creative, and generous. This is a conclusion easily drawn from the opening page of the Bible. In it God commands human beings to enjoy the abundance of the created world, to spread out over the earth, and to rule it wisely. That means that someone will have to run the traffic lights, establish farm fields, and teach young people the things that earlier generations have learned. This presents us with another goal of politics. Our societies should provide stability and structure so that all persons will have opportunities for growth and fulfillment.

Lastly, I would say that Christianity demands humility from political leaders. They are not gods. They are not less than human. But they are not more either. And in the end, we will all see God. He will bring on a catastrophic end to the present order of the world to set all things right. He will meet with each one of us, political leaders included. There will be a recounting of, and an accounting for, what we have done. And those are, I think, sobering thoughts for any political leader who is tempted to believe that she or he has all the answers.
Editorial opinions or comments expressed in this online edition of Interrobang newspaper reflect the views of the writer and are not those of the Interrobang or the Fanshawe Student Union. The Interrobang is published weekly by the Fanshawe Student Union at 1001 Fanshawe College Blvd., P.O. Box 7005, London, Ontario, N5Y 5R6 and distributed through the Fanshawe College community. Letters to the editor are welcome. All letters are subject to editing and should be emailed. All letters must be accompanied by contact information. Letters can also be submitted online by clicking here.
Jesus Politics Religion

1
COVID deepens the cracks of Canada's class system
2
We're all mad here: It's time to forgive magical thinking
3
Getting involved at Fanshawe
4
Can you date someone you disagree with politically?
5
The Consciousness-wrenching truth about Christmas

Why we should not cancel Halloween: Keeping a degree of normalcy in COVID-19