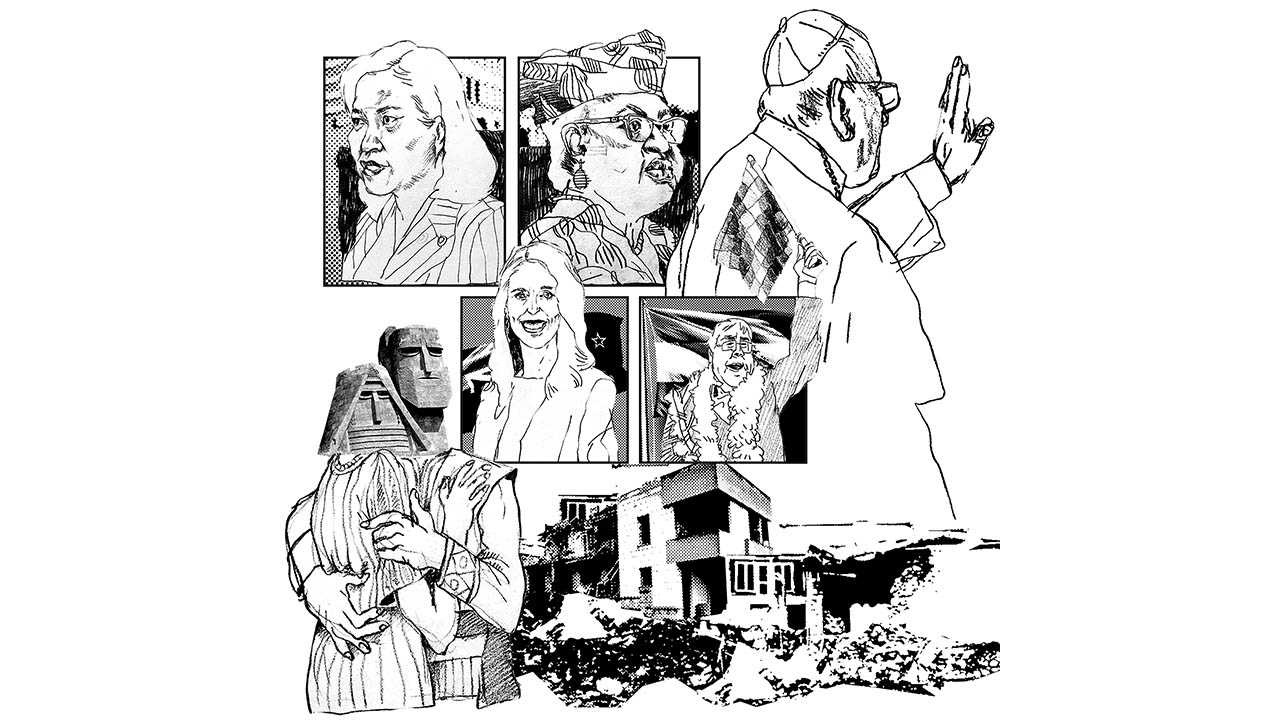 CREDIT: IAN INDIANO
Here are five recent political events around the world that you should pay attention to.

Right now, most eyes around the world are focused on the American election. I can’t blame them.

Especially in a globalized world, it is important to know who the next president of the United States of America will be. However, the U.S. is just one of the 195 countries in the world and while they are having their election, we can’t lose track of what is happening in other places.

Here are some important recent events around the world you should pay attention to:

The Election in Bolivia

After a polemic attempt of re-election, former president Evo Morales suffered a controversial coup d’état by the military in November 2019. After Morales’ resignation, Jeanine Añes became the self-proclaimed president. Less than one year later, on Oct. 18, Bolivia held a democratic election in which Luis Arce, former Minister of the Economy and Morales’ candidate, won with 55.1 per cent of the votes. One of the reasons that led to his victory was the support from the indigenous communities to his candidacy, which represent around 48 per cent of the population. The support was headed by Morales, who is indigenous himself.

The election in New Zealand

The successful policies against the coronavirus introduced by Prime Minister Jacinda Arden led her to a historical re-election on Oct. 17. The Labour Party won 64 of 120 seats in the parliament. It will be the first majority government of New Zealand. The new parliament will be the most inclusive yet. With 16 Māori MPs, and three foreign MPs (from Eritrea, Mexico and Sri Lanka). At least 10 per cent of the parliament is from the LGBTQ+ community, and more than half of the Labour Party seats are female. Arden promises more inclusion and equality.

The Armenia and Azerbaijan crisis

The current tension between Armenia and Azerbaijan over the Nagorno-Karabakh territory is the result of more than 32 years of frozen conflict. Although governed and habited by ethnic Armenians, the territory was internationally recognized as part of Azerbaijan in 2008. Since Sept. 27, after both countries accused each other of unprovoked attacks, more than 1,000 Armenians and Azerbaijanis have died. It is not an isolated conflict. Turkey is supporting Azerbaijan and supplying it with troops and guns, while Russia is supporting Armenia, but is trying to maintain a peacekeeping role. Many other countries, like Canada, are calling for the de-escalation of the conflict.

“Homosexual people have a right to be in a family” Pope Francis said. “What we have to create is a civil union law. That way they are legally covered. I stood up for that.” His declaration came in an interview for the documentary film Francesco, directed by Evgeny Afineevsky, which premiered in Rome earlier this month. Whereas it is too soon to affirm that the Vatican will follow its leader’s opinion, his declaration is very significant for the catholic LGBTQ+ communities around the world.

Former director-general Roberto Azevedo left office on August 31, 2020. Since then, the WTO, who is responsible to regulate and supervise international trade between nations, entered in a fierce election process. But for the first time the two final candidates are women of colour. They are Ngozi Okonjo-Iweala, former finance minister of Nigeria, and Yoo Myung-hee, current South Korea’s minister of trade. Both of them have brilliant careers and are ready to face the difficulties of dealing with a post-pandemic world. The final selection should be announced in the beginning of November.
Armenia Azerbaijan Bolivia New Zealand Pope Francis

Police report a rise of break-ins at student homes

How do politics and religion relate?