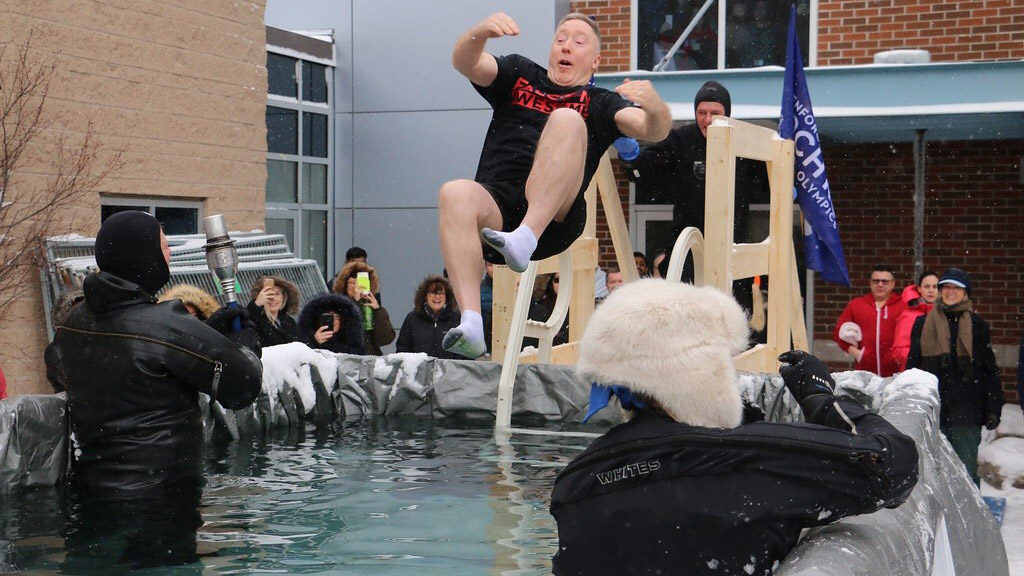 Fanshawe College will have its first Polar Plunge Week to raise money for Special Olympics Ontario.

The Polar Plunge will be at four campuses, Woodstock, St. Thomas, Oxford Street, and Downtown. The events take place on the following dates:

Derek Spence, a recent London Police Service retiree, said that after the successful first Fanshawe Polar Plunge on the Oxford Street campus in 2019, the event is back for another year. Fanshawe’s first Polar Plunge raised about $15,000.

“We saw a huge opportunity to expand it and that’s why this year we moved it out to a full week and included other Fanshawe campuses in it,” Spence said.

For the past 30 years, Spence has been involved with the worldwide Law Enforcement Torch Run for Special Olympics. The Polar Plunge is one of the largest Special Olympics fundraisers and raised nearly $500,000 across Ontario last year. Most of the money helps run regional, provincial, national, and global Special Olympics events and also covers registration costs and the athletes’ equipment.

“They were such inspiring, genuine people. I got to know them really well and their coaches, their volunteers, their parents, the families, and over the years, I’ve gotten to know so many of the athletes on a personal basis,” he said. “Their stories are incredible and anything we can do to help out these tremendous people, I’m all on board.”

Spence encourages Polar Plungers to wear costumes and to create challenges between programs and/ or classmates, including who can raise the most money and who can have the most participants on board.

“It’s a lot of fun. It’s one jump into the water,” he said. “It’s a little cold at the time, but once you get out, it’s refreshing and you feel good after helping such a great cause.” You can register for the event, donate, and/or sponsor an athlete at polarplunge.ca.
London Police Service On Campus Events Polar Plunge Special Olympics

Londoners protest in solidarity in Wet'suwet'en