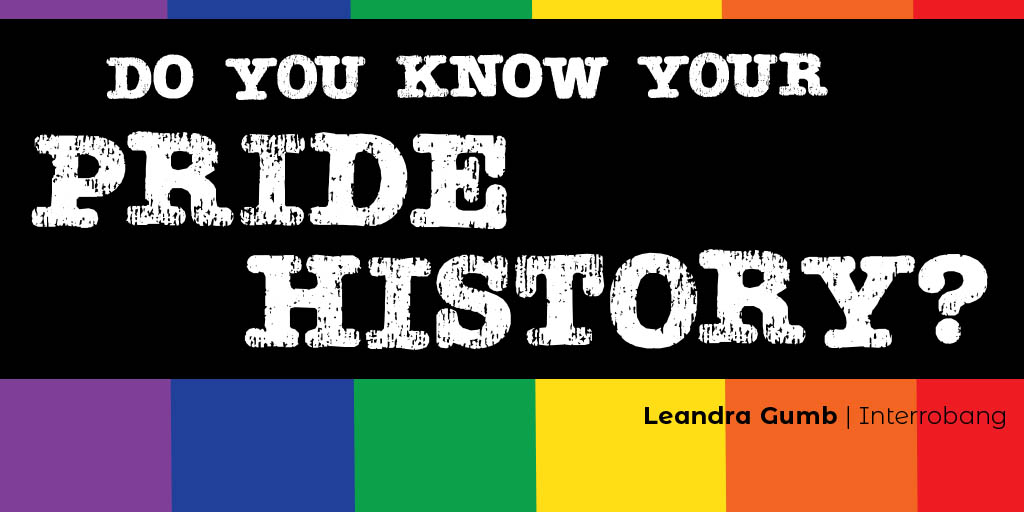 In June 1969, the Stonewall Inn in Greenwich Village, Manhattan, was raided by police for illegal activity. The crime was a large gathering of homosexuals at a business establishment. This wasn’t the first time Stonewall had been raided by the authorities. It’s been said that the owners of the Stonewall Inn were part of the mafia, and that they would pay off policemen every time it was seized. This time was a little different.

The 1960’s was a very dark time for men and women. Expressing any sexuality other than heterosexual was considered illegal. Many medical professionals would claim that homosexuality was a mental defect or even a form of psychopathy. Homosexuals were described as incapable of maintaining a relationship and that their only primitive instincts were promiscuity.

With the stigma surrounding those who were born to love differently, Stonewall Inn was considered a safe space. The act of entering it alone was considered a sign of rebellion. On the night of June 28 1969, the gay community had finally had enough of the constant discrimination when police raided their sanctuary.

As the patrons flooded out to the street, a mob began to form. This was the first time that Stonewall guests would stand in rebellion, instead of rushing home in fear of getting arrested. Eventually there were enough people to barricade the street and keep the police trapped inside the bar.

When a policeman dared to poke his head out to banter back, that was when the first object was thrown at authorities. Over the next four days, the riots grew stronger in numbers and challenged the social and legal rights of the LGBTQA+ community. Brave souls came together to form the Gay Liberation Front, marking the beginning of gay resistance in the United States.

Sylvia Rivera and Marsha P. Johnson were important figures in the rebellion. They were two trans women who were among the first to throw objects at the police raiding Stonewall. The battle of Stonewall eventually ended, but the war didn’t stop so easily. Pride is celebrated on the anniversary of the Stonewall riots, but it’s about more than just this one event.

Rivera and Johnson fought hard to kick off gay liberation and started their own organization known as the Street Transvestite Action Revolutionaries (STAR) which took in LGBTQA+ youth and gave them a place to stay in times of need. They created a home for those who have been disowned from their families, and became symbols of hope.

In July 1992, Johnson’s body was found bobbing in the Hudson River with a massive head wound. Friends and family claimed she had been murdered, but police left the investigation ruled out as a suicide. The murder case of Marsha P. Johnson went cold 25 years ago, and police still refuse to re-open the case today.

Pride is about celebrating the communities who fight back against discrimination, but it is also to commemorate those who have lost their lives just for being who they are, including Marsha P. Johnson. Trans women, especially trans women of colour, are the most targeted group for violence in the LGBTQA+ community.

Contrary to widespread belief that pride is meant to shove homosexuality down everyone’s throats, pride sends a message to those who fear anything different from the heteronormative narrative; we have fought, we will continue to fight, and we are proud of who we are.
Diversity LGBTQIA2+ Pride

1
Diversity is important to sustainability
2
The cultural groups of London, Ontario
3
How difference makes Canadians stronger
4
A note from the Fanshawe College Director of Equity, Diversity and Inclusion
5
Police and Pride