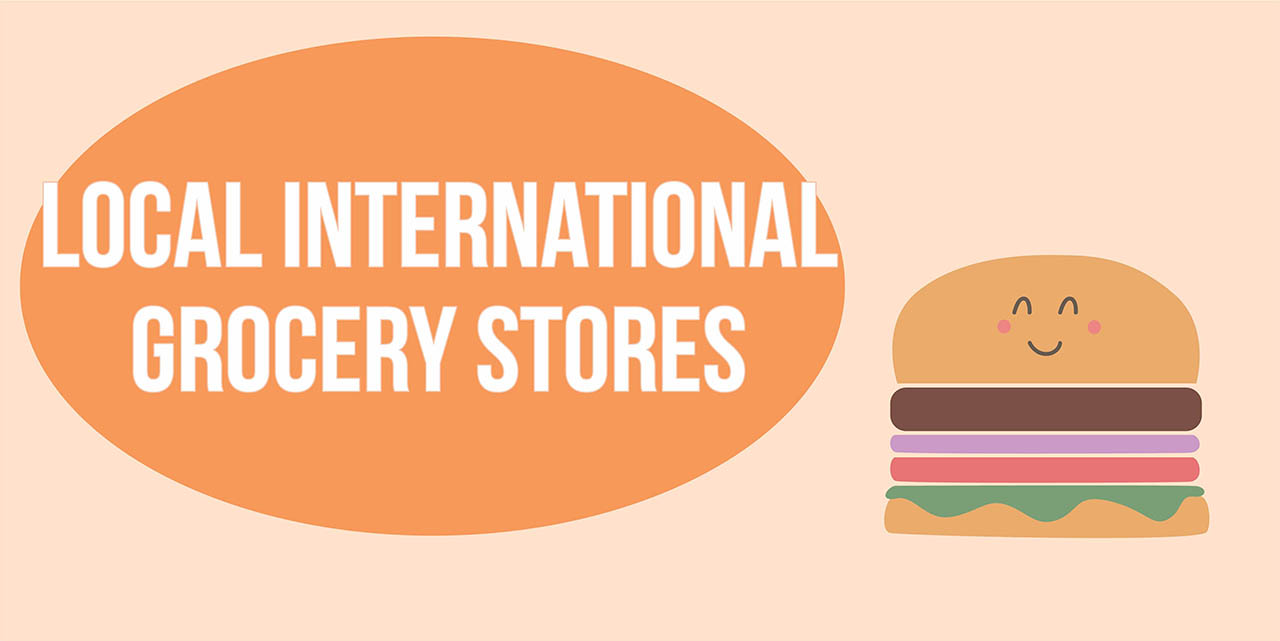 Sometimes we get sick and tired of making the same meals repeatedly, especially as busy college students. Fortunately, there are several groceries stores here in London that stock up on products from different cultural groups around the world.

A grocery store with a focus on Middle Eastern products. It has an extensive selection of meats, such as lamb, veal and chicken. The store also carries halal meats. The foods sold here cater towards London’s Lebanese, Palestinian, Libyan, Syrian, Asian and East Indian populations.

This grocer sells foods from the Indian and Pakistani cultural markets. There is a wide selection of East Indian magazines, newspapers and Bollywood movies. There may be discounts at the store around the time of major Indian festivals.

Mostly sells Indian products with a little bit of Arabic mixed in too. The place also sells halal meats.

An East Asian supermarket that started as a chain in Brampton and Mississauga, it has a wide variety of Asian teas, such as Koro Tea. These teas are priced low, ranging from $0.99 to $5.99. The store contains rows of fresh fruits, vegetables, meats, sauces, snacks and candies of both local and Asian variety.

Another East Asian food market that has a wide ranged of items to buy. From produce to teas to packaged noodles to exotic fruits, you can find quite a bit to fill your belly. Not only can your purchase food, but there is also cutlery, utensils, and small imported items from Asian countries are available too.

As its name indicates, the store is a meat deli that has imported goods from the Netherlands.

The grocery store sells a large selection of imported Eastern European products for low prices. Some of the selection includes ready-made foods, such as cabbage rolls and perogies that you can take home. There are even imported cleaning supplies, cosmetics and novelty items, such as magazines.

Carrying products from multiple places, such as Portugal, Poland and Brazil, this place can cater to people of various cultures in London with its East European imports.

A Taste of Britain

With an extensive line imported British foods and giftware, you can bring a piece of Britain home with you in a shopping bag or in your stomach.

With a mixture of different cultural products, you can find a variety of foods from over the world. This includes herbs and fresh plants, both local and imported plants can be found, such as Chinese Okra. A large beverage selection is available with a variety of juices you can choose from, such as sugar apple from the Caribbean.

1
Fanshawe hires first ever director of equity, diversity and inclusion
2
Do you know your pride history?
3
How you think about food can change your mental health
4
What should you look for in a nutrition label?
5
Types of drag you may not know of

How my learning disability impacts me as an adult