Netflix Fix of the Week: Living with Yourself 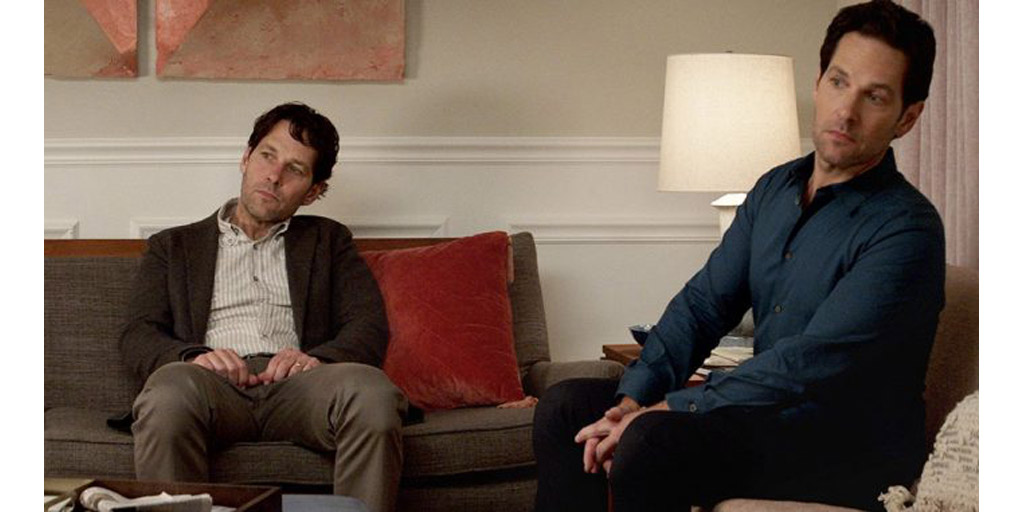 CREDIT: NETFLIX
Living with Yourself, featuring Paul Rudd, is the latest Netflix original you need to watch.

As far as crowd-pleasing pitches go, two Paul Rudds for the price of one is a pretty good sell. Don’t you think? Rated 83 per cent on Rotten Tomatoes, Living with Yourself is one of the shows that keeps you engaged thanks to its clever writing and the sheer force of Paul Rudd’s dueling performances.

Rudd headlines the new Netflix comedy as Miles Elliott, a burntout and embittered suburban everyday- man, who visits a mysterious cutting-edge spa with the promise of coming out a better version of himself. He then winds up with an impossibly perfect clone that he can’t stand instead.

The show’s eight, roughly 30-minute episodes largely alternate between the perspectives of Original Miles and his clone (New Miles as referred to in the show), demonstrating Rudd’s remarkable ability to play both a charming maniac and a worn-out schlub. It’s a transformation playfully shown off in a sequence where New Miles tries to act more like his progenitor by swapping out his crisp button-down shirt for a toothpaste-stained sweater, mussing his hair, lowering his voice a few notches, and sucking all enthusiasm from his tone.

Miles quickly hatches a plan to have his clone do everything he does not like to do, like going to work or hosting a party. At first both versions of Miles try to work together to accomplish their dream life. New Miles is better at everything, heck he even has better hair, and Old Miles relishes the opportunity to skip work while New Miles raises their status with a killer new campaign.

But he also lets New Miles take on the heavy lifting in his marriage, and before long, Living with Yourself flirts with a fascinating love triangle between Kate (Miles’ wife) and two versions of her husband.

Living with Yourself takes a look at self-help and the relentless pursuit of perfection, and comes out the other side in favour of the faults and flaws that make us all uniquely damaged pieces of work. The series is binge-worthy because of its cliffhanger style endings but at the end of it you may not know what to take away from it. There are complications introduced and then dispensed with for no reason, however there are many good moments and touch points too, making the show definitely worth the watch.
Netflix Paul Rudd TV Series

1
Review: Formula 1: Drive to Survive
2
Reality TV bites, but it feels so good
3
Top LGBTQ2S+ shows on Netflix right now
4
How Superstore is my favourite modern "office" show
5
How to have a feminist March marathon