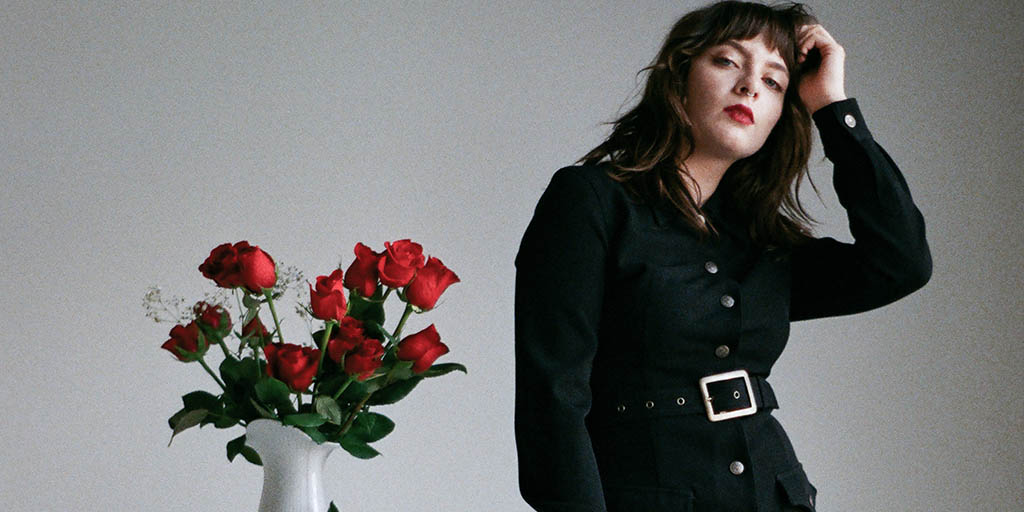 The singer, who won her episode of CTV’s The Launch earlier this year, released her new song “Pity” on Oct. 25. The accompanying music video will be released on Nov. 8. An Oct. 2 press release had full details of the song and the creative process.

Saveria worked with producers Bedrm (a.k.a. Ryan B) and John Fellner last summer. Half of the song was written and recorded in the musician’s home studio, with the writing/ recording finished within a few hours.

“Pity” is an R&B ballad about finding out what appeared to be a relationship based on unconditional love actually began out of, well, pity. The song contrasts “Down to the Roots,” an upbeat pop song with a slightly quicker tempo she released after her win on CTV’s The Launch.

Saveria told Interrobang that Fellner sent her the demo and she felt compelled to go with it because the emotion of the song reflected what she said was “a lot of beauty, but a lot of sadness”. She added that the song isn’t about anything personal she went through.

Saveria said that it’s important have variety in your work as a musician, especially when you’re an emerging artist working on your craft, noting that musicians are always changing and doing self-discovery. She said “Pity” is like returning to her roots, because she listened to Destiny’s Child, Beyoncé, and other R&B artists growing up.

“I think it’s important because all artists have to grow in some sense in their career.”

“Pity” is Saveria’s first song since “Down to the Roots.” She would like the new single to be similar to the rest of her solo album. She said she wasn’t sure if the record will be an EP or a full-length album, but likely an EP.

“It’s hard to say because I have so much content,” she said. “But then it’s about cutting it down and making sure that everything’s kind of the same theme and you want to tell a story through that theme, right? So you don’t want to go too off track and put too many songs in there.”

She said she hopes to release it in the spring and go on tour after.

Saveria’s artist bio, sent to Interrobang, noted the 22-year-old’s impressive list of accomplishments. After graduating Fanshawe’s MIA program, she co-founded the band Daytrip, who released their EP Sleep Through the Madness on May 2018.

After her win on CTV’s The Launch, she played at several events in London and across the country. In addition to local events like Western Fair’s I Love Local Stage, JunoFest, Parkjam, and the Forest City London Music Awards (FCLMA), Saveria performed at Toronto’s iHeart Radio FanFest with Marshmello, Festival d’été Quebec, and the Cavendish Beach Music Festival.

Opening for Marshmello at Toronto’s Rebel Entertainment Complex was her favourite because of the energy during the concert, which happened during Canadian Music Week, and through the rest of the festival.

“I saw a whole bunch of people that I knew there [and] amazing bands playing, just all over the city,” she said. “It’s such a great gathering when everyone comes together for music week.”

She said that several of her friends and staff from London radio station 97.5 Virgin Radio came to see her perform. Saveria also went to the iconic Horseshoe Tavern after her performance.

Listen to “Pity” on Apple Music and Spotify and check out Saveria on Facebook, Twitter, and Instagram.
Fanshawe alumni Music Music Industry Arts Saveria The Launch

1
Rock the Rink brings rock and ice dance together in perfect harmony
2
Fanshawe Fashion: How far can fashion take you?
3
Trevor Dubois talks work-life balance, authenticity and entrepreneurial spirit
4
Giving back to the scene with Lost in Japan
5
The return of My Chemical Romance