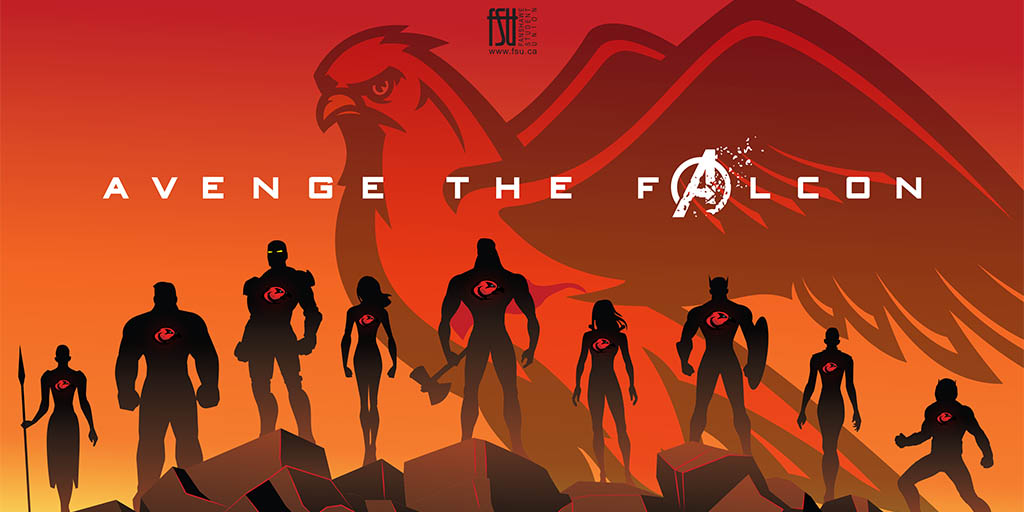 As the start of another school year approaches, so does another Frosh Week. This year students will get a chance to check out the exciting shows taking place Sept. 9 to 13.

Tyler Hetherington, the Fanshawe Student Union’s (FSU) events and activities coordinator, said that “[The FSU] like[s] to start off the first week a little weird,” with events like the Monsters of Schlock Freak Show and magician Nicholas Wallace that are free to go to on the nights of Sept. 4 and 5.

On Sept. 3, there will be a Buskerfest at the main campus and downtown from 11 a.m. to 3 p.m., where busker street artists will be performing around the school that students can check out as they move between classes. That same day from 4 p.m. to 7 p.m. there will be the Falcon Fair held on Merlin Field, with inflatable attractions and free pizza.

“It’s a good time for a lot of [students] to come meet some of their first new friends at Fanshawe,” Hetherington said.

Sept. 9 at 7 p.m., the first Fanshawe ultimate eSports league (FUEL) tournament of the year will be starting, so if you’re interested in trying your luck against others in a competitive video game scene this is a perfect fit. And if you’re not into video games, there’s karaoke you can try out at The Out Back Shack for their first Karaoke and Wing Night of the year at 8 p.m.

The main events are the three Frosh shows taking place from Sept. 10 to 12, starting with the KILLY concert that will be in the SUB Courtyard at 8 p.m. on Sept. 10. KILLY is a Canadian hip-hop artist and rapper who earned a nomination for a Breakthrough Artist of the Year music award at the 2019 Junos. Hetherington said that “[KILLY] is excited to play at Fanshawe and that we are excited to have him”.

DJ Iconiq, as well as Toronto- based rapper/producer duo Just John and Dom Dias are expected to open for KILLY.

Why not let your first week frustrations out by throwing around paint at other students at this year’s Paint Party? Coming back for its second year, the party will be held on Sept. 11 at 8 p.m. in the SUB Courtyard. After its massive success last year, there’s going to be an addition added to the party with Canadian artist Delaney Jane headlining the event.

New this year is the Fateh Doe frosh concert on Sept. 12 at 8 p.m. in the SUB Courtyard. With many fans here in London and in India, the rapper is coming to Fanshawe to put on an awesome concert for fans all around. This year the FSU aimed for three very different Frosh shows with three very different sounds, so that there is music for everybody’s taste.

When asked about the theme of this year’s Frosh Week, FSU student life coordinator Joey Langdon said that Avenge the Falcon was suggested by an alumni and that he “fell in love with it right away… [I saw] the absolute mammoth that was the Avengers: Endgame and how it broke all the records and I would like to have a mammoth of a frosh week, a mammoth of a semester… you’re coming to school, this is a new place for you [and] you can be your own hero and that’s sort of what were pushing for with Avenge the Falcon”.

There will be lots of Avengers and superhero-themed branding happening this year, including an awesome logo and shirt designs that are coming with the Frosh kits.

The Frosh show tickets cost $10 each and can be purchased online, at the Biz Booth in the main campus or at the Hub for the downtown campuses. Students can purchase Frosh kits that include a ticket to the KILLY show. The kits can be purchased through the fsu.ca/events or the FSU office desk at SC-1001 and will be available for pick-up on the first day of classes and the week before classes.
Fanshawe Student Union Frosh Joey Langdon On Campus Events