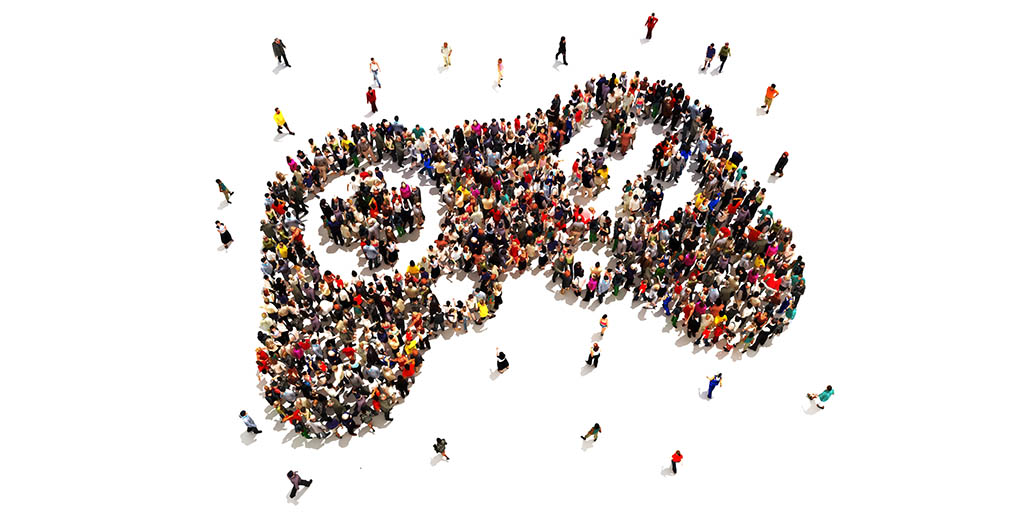 Over the years video games have become so integral in society that they can affect people’s lives in different ways. They can have positive and/or negative effects on relationships, whether it’s with family, friends, or a romantic partner.

People sometimes need to have alone time away from others, where they can focus on hobbies such as video games. However, playing too much alone can make others think that you are neglecting them, especially if you are playing in a different room. Then what about when playing in the same room? Wouldn’t the other person get annoyed? The answer is, maybe.

According to a study from Brigham Young University by Jamie McClellan Smith, research reveals that playing video games in the same room as the other person/people can have a positive effect on relationships. Playing in the same room allows people to be together, even if they are not doing the same thing.

From personal experience I find it easier to play in the same room as someone else and be able to talk to them easily instead of trying to yell at them from another room.

Discussing video games with people helps deepen a relationship and find new ones through similar tastes. This idea doesn’t only apply to multiplayer games, you can talk over single player games like RPGs (role-playing games) too. There are several conversation topics that you can talk to people about, such as theories about the game, what’s going to happen next, or the possibility of a sequel being made.

It’s hard sometimes to get your parents/grandparents to play video games with you. Co-op and party games can bring people together no matter their age and level of experience. Next time they feel left out while you’re playing, pop in a party game like Super Mario Party, give them a controller and try playing together.

Sharing something that you love with your parents might even help mend a broken relationship. The Netflix series Final Fantasy 14: Dad of Light is a prime example of games helping mend a bond. It’s based on a true story where a man manages to mend his relationship with his father by playing the MMORPG (massively multiplayer online role-playing games) Final Fantasy 14 together.

Video games not only have positive effects on current relationships but also help bring strangers together. The AR (augmented reality) game Pokémon GO not only inspires people to go outside, but also to meet others. As seen in an article about benefits of Pokémon GO by Tara Haelle, most of the quotes came from people that she met and became friends with while she was out playing the game.

It’s a similar case for some online games, for example, people sometimes make friendships through MMORPGs when they create groups, like guilds, and co-operate to complete missions, building bonds and sometimes having group meetings in real life to get to know each other better.

What about people who don’t play video games as much as others?

There are times that you might feel neglected by a significant other that is spending more time playing video games than hanging out with you. A solution is to try talking to them about having time limits for gameplay or pick a time of the day where the person can schedule playing their games.

If you don’t play many video games then it might be difficult to talk to people who play a lot, but instead of ignoring them, ask questions about the game or maybe do a little research so you can talk to them.

Being in any relationship means you contribute to the relationship too. If someone you know tries to talk to you about what game they are playing, they could be just excited to share what they like with you and are helping you get to know them by discussing about it. And who knows, you might end up getting into some of those games too.
Editorial opinions or comments expressed in this online edition of Interrobang newspaper reflect the views of the writer and are not those of the Interrobang or the Fanshawe Student Union. The Interrobang is published weekly by the Fanshawe Student Union at 1001 Fanshawe College Blvd., P.O. Box 7005, London, Ontario, N5Y 5R6 and distributed through the Fanshawe College community. Letters to the editor are welcome. All letters are subject to editing and should be emailed. All letters must be accompanied by contact information. Letters can also be submitted online by clicking here.
Dating Relationships Video games

1
Carrie Bradshaw deserved more than Mr. Big
2
Navigating the online dating world
3
How the Nintendo Switch switched the gaming world
4
Video games to play while on break
5
Pandemic leisure: How students are filling their free time now vs. two years ago

The atrophy of etiquette