Aaron Pritchett: Back in London and ready for a good time 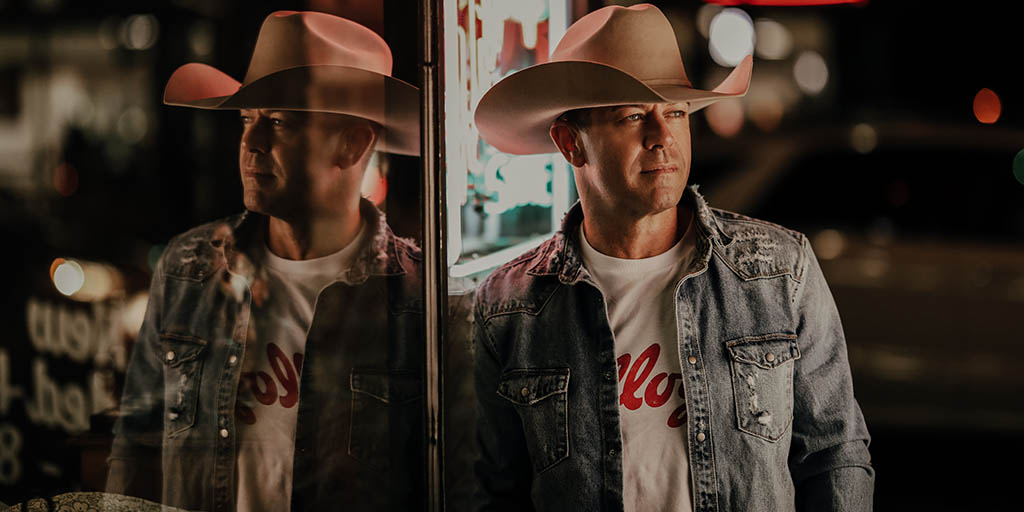 CREDIT: KAROLINA TUREK
Canadian country-rock singer/songwriter Aaron Pritchett, is on a high note with a new EP and a nation-wide tour. He plays the London Music Hall on Feb.13.

It's only the second month of 2019 and Canadian country-rock singer/songwriter Aaron Pritchett is already off to a busy start.

The nation-wide tour is in support of Pritchett's latest EP, Out on the Town, (released Jan 11, 2019) which so far has had two successful songs “Better When I Do” and “Worth A Shot”, the latter charted in the Top 10 on country radio for four weeks straight.

Pritchett, a Juno Award nominee and multiple Canadian Country Music Association (CCMA) Award winner spoke to Interrobang and had positives to share about life on the road so far.

“It's pretty awesome. It's really cool to be able to do a tour like this that's such a long tour, an extensive tour, that goes right across the country,” Pritchett said in a phone interview from Edmonton, the tour's latest stop at the time.

With 35 shows in 40 days and a number of them sold out, Pritchett said this tour is the longest one he's been a part of during his 20 plus years in the music industry.

“This is double the size of any other tour I've done. The last [one] that I did was in 2015 and it was 18 shows in 21 days and this one is literally double that and we're hitting many markets that we didn't get to hit last time,” Pritchett said.

According to Pritchett, since this leg of the tour is going well, his team is trying to make a second leg that would start in September, and would see him reach even more markets and perhaps repeat some markets that were successful the first time around.

“It's crazy. It's pretty awesome because it's a two hour show almost, really, it's pushing two hours and it's non-stop in your face and kind of hopefully leaving you wanting more,” Pritchett said. “It's kind of a dream come true this tour.”

Also on the road with Pritchett is Ottawa's own Kira Isabella as well as Winnipeg native David James. Both musicians were an “easy pick” for Pritchett to choose from and it helped that everything “lined up perfectly”, for the three of them to go on tour together.

While both musicians have a few of years in the music industry under their belts, Pritchett said he is “fortunate to have them [all] on the [same] bill”.

According to Pritchett, this tour would not only give Isabella and James new experiences (some that he's already gone through himself), but also allow Pritchett to mentor the musicians to “some degree” and “help them avoid some pitfalls and some speed bumps along the way, that they might have been going through already”.

While being away from home, travelling and living on a bus for roughly six and a half weeks, Pritchett said tour life is fun.

With Isabelle and one of her managers also staying on the bus (a first for Isabella), there are 11 people total travelling across the country in the vehicle's tight quarters.

“We all get along great. That's the thing is that we're like a family and you have to live together for six and a half weeks and you got to be able to get a long,” Pritchett said. “So for us to be travelling together and we get along extremely well and just every night and every day has been a total pleasure being around all these guys.”

Pritchett also said that since the team is in such a small space a lot of the time, it can feel like they're “stuck in a tube” and therefore can easily get sick. Taking care of both their physical and mental health is essential, which then helps put everything else into place.

“Your chance of getting sick is pretty high so we've managed to make it work so far and I think it's just a matter of surrounding yourself with good people that avoid you from getting those sicknesses and those frustrations so it's amazing,” Pritchett said.

Dubbed as “one big happy family”, Pritchett said one of the best things about touring is getting to hang out with the crew on the bus.

However, for Pritchett, the fans' interaction is another big aspect of the tour and career equation.

“Ultimately when it comes down to it, it's seeing those crowds and seeing them sing along to all these songs and having these sold out shows is just mind blowing,” Pritchett said.

“My fans are the reason that I do what I do. I love my fans and I appreciate them and I'm glad that they're still growing [in] numbers and what I love to see too is that they're so loyal.”

No stranger to London, Pritchett said he “loves London”, and joked about how he should consider buying a house in the Forest City, considering he's been here a number of times, including this past September's Western Fair, last June's Country Music Association of Ontario (CMAO) Awards and 2017's Trackside Music Festival, among other times.

This time, along with Isabella and James, Pritchett will hit the London Music Hall come mid-February.

“I've been [to the London Music Hall] several times, [and] it's such a great venue and the fans have always been incredible in London,” Pritchett said. “It's like this super awesome country town that most people wouldn't imagine it to be, but it always is. Every time we come there, it's awesome crowds and people [are] singing along to all the songs so it's great.”

Fans are sure to be in for a good time and may hear tunes from Out on the Town, such as the EP's title track, his two favourites from the album, “Ain't Stressin'” and “Top Shelf” and many more of his hits such as his Top 10 Gold-certified song “Hold My Beer”, his 2008 hit “Let's Get Rowdy”, “Dirt Road in ‘Em”, “When a Momma's Boy Meets a Daddy's Girl” and much more.

Fans may notice that the songs from his latest EP are quite diverse and the only thing that is a constant is the voice heard on each song, an intentional touch for Pritchett.

“Everything is so different from each other, no two songs sound alike on that album and I love that aspect of it,” Pritchett said. “I think there is going to be something for everybody and I've tried to say that before on albums, but this one I mean that more than ever, that there's kind of a rock sort of flavour song, there's that pop flavour song there's sort of semi- traditional country, it's got everything.”

With all his songs and shows, Pritchett is on a mission.

“I just want people to enjoy my music, to feel better, to help them escape from maybe their daily lives for 90 minutes when they come to show and whether they're feeling down I hope it brings them up ultimately and not just with the show, but the songs,” Pritchett said. “I hope it puts a smile on their face and I hope it makes them feel good and makes want to hear more and makes them want to come back and see more.”

Pritchett also said he tries to include some humour into his show and music.

“At the end of the day, that's my job as an entertainer. I've never said I'm the greatest singer in the world, greatest musician or songwriter or anything like that, but when it comes to entraining, I take a lot of pride in that I feel that that's my strongest suit and if I can entertain and make people still feel awesome, then my job's done,” Pritchett said.

Describing his live shows as “country-rock” “flashy” and “Nickelback meets country”, Pritchett said even by just listening to his music once the show starts, he said he hopes people can sense that there is country in his sound, but that it gets your adrenaline going.

Without giving away too many spoilers, Pritchett had positives to share about what fans can expect on this tour.

“We start with a bang and end with a bigger bang,” Pritchett said. The ending is something you actually have to see to believe and when you do, you'll be pleasantly surprised that's for sure and we're going to get you singing along, I can guarantee it.”

1
Canadian country musician, Shawn Austin on his new EP
2
Police and Pride
3
Forest City Film Festival pitches to help southwestern Ontario film industry
4
The High School Project returns to the Grand with Into the Woods
5
Downtown for the Holidays gets revamped