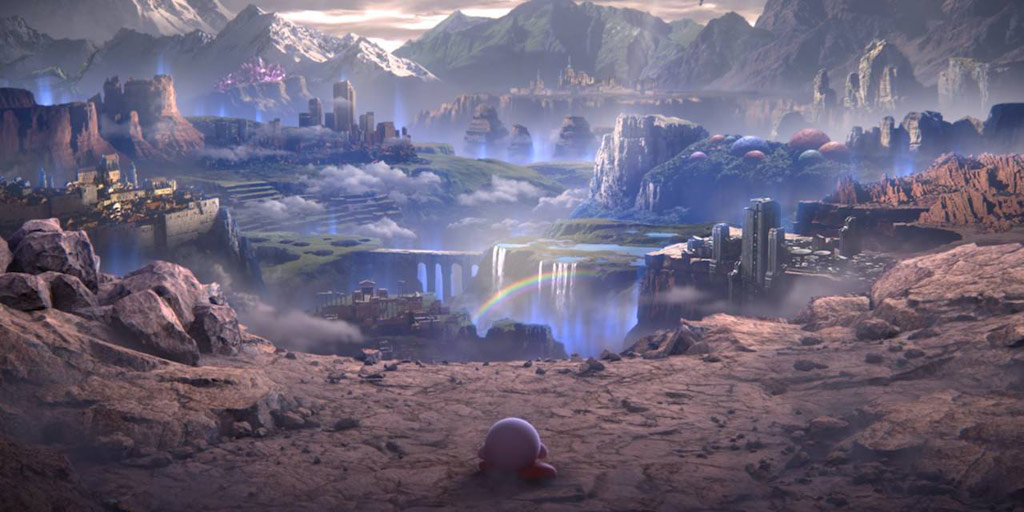 On Dec. 7, Super Smash Bros. Ultimate for the Nintendo Switch hit the shelves in stores and it’s become a phenomenon among fans. You can see Masahiro Sakurai, director of Smash, and his team have poured all their creative talents into this game to make it a ‘smashing’ hit.

Just a prelude, there will be a lot of spoilers for this game, so if you have not played, please read at your own discretion.

Immediately starting the game you are introduced to the wonderful voice of Abby Trott, or Erina Koga for those who listen to the Japanese version, in Ultimate’s theme song Lifelight which is a beautiful orchestrated song that perfectly describes within its lyrics the challenges and hardships of the characters taking place in the game’s adventure mode. Not only is the song catchy, but you can tell as a player that the team thought long and hard on what music they were going to use in this game. There are soundtracks from the original games, which bring nostalgia to long-time fans. The newer soundtracks consist of a wider variety in choices from orchestra to lyrical, bringing a fresh perspective to a battlegrounds vibes when fighting in the stages.

Speaking of stages, another feature to Ultimate that differs from its predecessors is the ability to access all 70 plus stages immediately in the game. This includes being able to play on the omega forms of all the stages. This, in my opinion, is great for this game because players can play any stages they want when trying to unlock the 70 plus fighters in the game.

From all the way back in the summer when they fully announced the game at the Electronic Entertainment Exhibition (E3) this year, all the fighters from previous games are available to unlock. It’s been about three weeks since the game has come out and even I am still working on unlocking all the characters. A great addition to Ultimate is the Challenger Approach feature. If you fail in defeating a challenger and could not unlock the fighter you have the opportunity to re-try fighting them after being challenged by another fighter. You do not have to wait hoping for a particular character to reappear anymore, which is indeed great when you want another chance to unlock your favourite character.

What’s more, challengers are about 10 times harder than what I have seen in previous games, making them a worthy challenge to those who thought they might have been a bit too easy to beat in earlier games.

With all the new fighter, like the long-awaited Ridley, Super Smash Bros. Ultimate has brought a whole new combination of skills, techniques and strategies for players to exploit with the newest additions to the roster. Using Inkling’s down B special to trap opponents into the ground or send opponents flinging off stage with Ridley’s grab, there are whole new ways to take out your opponents and work with your friends to victory.

Characters weren’t the only additions to this game though. There are a bunch of new features, including co-op classic mode, sudden- death showdowns, 100 man smash and a whole lot more. The most notable addition, which in my opinion brings a whole new level to the Super Smash Bros. saga, is the Adventure Mode known as the World of Light story.

Reminiscent of the Space Emissary adventure story in Super Smash Bros. Brawl, World of Light tells the tale of Kirby on it’s adventure to rescue the universe, and the other fighters, from a god-like being known as Galeema. Your adventure takes you on an exploration of the last planet surviving Galeema’s ‘light’ take-over and the last hope of defeating the creature. In this mode you are introduced to Spirits, other inhabitants of different worlds that have been forced to work for Galeema. As you progress you release these Spirits and can then utilize them to help aid you in fights with the wide-range of abilities they give you. This adds a whole new twist to the game, as you can combine different abilities to take advantage of to defeat the many opponents you will have to face. These include the fighters, who you are forced to face to unlock them from Galeema’s control. In addition any fighter you free in the World of Light will become unlockable to play in the roster for the other parts of Ultimate making it an alternative way to gain more characters. And because you can choose what paths to take, every roster a person creates will be different depending on the choices of the player.

The details going into the game are outstanding, not only with features, but with game art as well. We can see the improved graphics that the Switch allows in other games, but in Ultimate it is really apparent on how much it makes a difference. Details not seen before, like the fact that Yoshi actually is furred, is just one of the many extra bits of artistry that can be found in the game.

In a nutshell, Super Smash Bros. Ultimate is truly a brawling, challenging and exciting game that you will want to enjoy with a room of friends and family, or even alone, as you explore the new features and fighters in store for the ultimate fight.
Mario Nintendo Nintendo Switch Super Smash Bros. Video games

1
FUEL secures four titles in Esports divisional championships
2
Seven games you didn’t know were made in Canada
3
How video game music evolved through the decades
4
Leisure Suit Larry: A raunchy relic of the non-PC gaming age
5
Indie developers are leading the way for better representation in gaming

Review: On The Corner Where You Live by The Paper Kites