FUEL returns to light the competitive spark in gamers 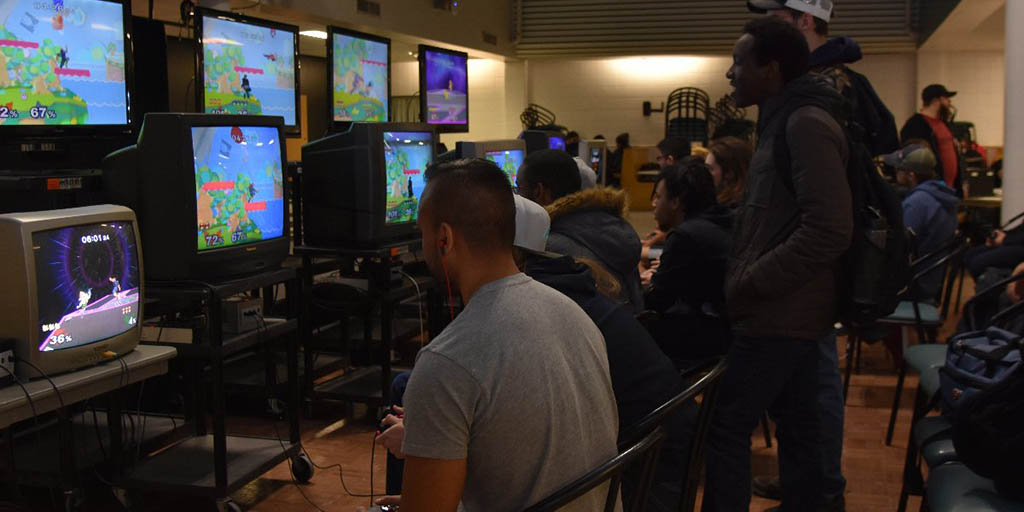 CREDIT: BROOK IDEN
FUEL is returning once again to Fanshawe to fuel the competitive gaming at the College.

This coming fall, the Fanshawe Ultimate eSports League (FUEL) will be returning to Forwell Hall to light the spark of competition in gamers.

Last year, FUEL began with the encouragement of Tyler Hetherington, events and activities co-ordinator of the Fanshawe Student Union (FSU), who saw a popularity in competitive gaming rising.

After talking to students at the school, Hetherington saw that many would be thrilled to have some competitive play at school.

“We started FUEL last year because we saw a demand in kids for eSports gaming. We also spoke to a lot of students like we always do and the common thing that they all said, basically, when we asked them ‘what do you do for fun?' was that they play video games,” Hetherington said.

FUEL is currently considered an “intermural sport of sorts” that Hetherington said he hopes to build up into a varsity team that could “have its own arena”, in the growing culture of eSports leagues.

It certainly has felt like a sport on its own, as last year, the group hosted live Twitch commentary on the last big competitions the league held.

Commentator for the streaming last year and Fanshawe student, Joey Langdon, had a similar outlook to FUEL's standpoint as a sport.

“The atmosphere is equal parts competitive and friendly and everyone is looking out for each other, but they also want to destroy each other. It's amazing,” Langdon said.

According to Hetherington, anyone interested is welcome to participate in the tournaments and other games going on at the weekly meetings.

Another FUEL player and the FSU student life co-ordinator, Andrew Waterworth, said that the event is a great way to socialize with other gamers while at school.

“As far as this activity goes, it shows that we are, at least as a student union, embracing new trends that are going on. I mean eSports league gaming is becoming large and I think it is very good we are incorporating that into our event schedules. Especially to give those people who probably have not come out to a bar night, or something like it, but are more content to coming out to play video games [a chance] to meet other people who like the same video games they do. I met some really cool people from just attending these things,” Waterworth said.

The league will be featuring two new games for their line-up. Fortnite and NHL 19 will be giving more options to student players to get their game on.

FUEL will be kicking off the school year with fan favourite Super Smash Bros. Melee on Sept. 10 at 7 p.m. Sign up at fsu.ca/fuel to register for the tournament as well as future ones.
Esports FUEL On Campus Events Video games