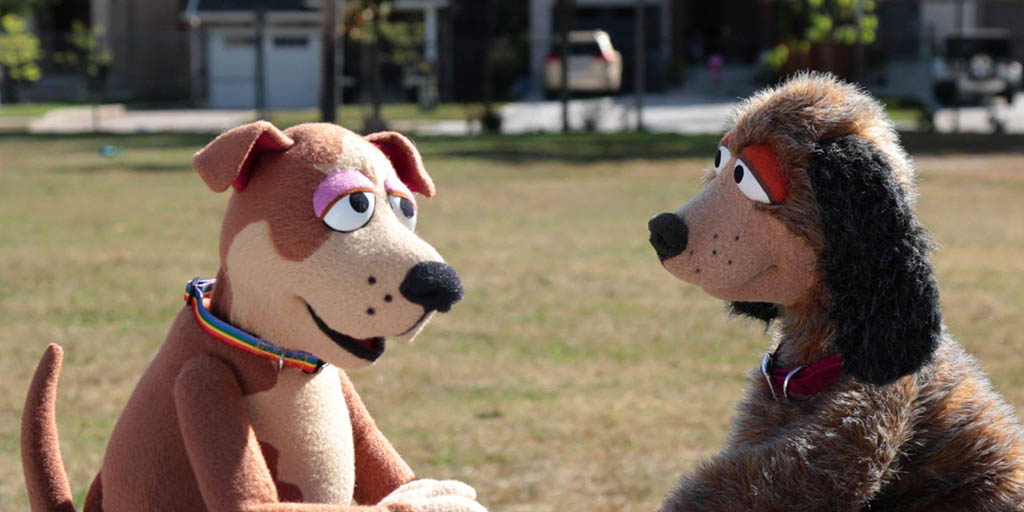 Credit: NICOLE COENEN
Past and present Fanshawe students from the advanced filmmaking program paired up with M.I. Understanding, to create videos with puppets to make discussing important issues with children that much easier.

Mental health can be a difficult topic to discuss and initiate a conversation about, especially with young children. One business is tackling that problem head on.

M.I. Understanding, which stands for mental illness understanding, is a business that helps create conversations about mental illness through the use of puppets. Using YouTube videos, children and adults alike can access these videos with ease. The videos can also be used in a classroom setting, or a home setting, to help initiate the conversation of difficult issues with a younger demographic.

In the past, M.I. Understanding has tackled a multitude of issues, such as separation anxiety, social anxiety, difficult change, and obsessive compulsive disorder (OCD). This year, they have teamed up with Pride London to create a project called Pride Understanding. The videos aim to teach young children about issues such as gender identity, sexuality, and LGBTQ+ issues.

“The more children know about these topics, the more understanding they will have and the less likely they will be to discriminate or feel uncomfortable around different genders and sexual minorities. More understanding equals more compassion,” Coenen said.

“When we looked at kids mental health, it was quite staggering, 70 per cent of mental health issues could be solved if caught early enough, but the problem was, the stigma around mental health was keeping the adults in these children's lives from getting help. Kids don't have stigma when it comes to mental health. They rely on the adults around them in schools, communities, medical communities and their parents to support them,” Paula Jetsey, the producer of M.I. Understanding said.

“We thought, ‘how do we break down this stigma?' Well, let's create a story that talks about mental health, which uses puppets and has those conversations. What we found when using puppets was, when we would go into classrooms, meeting rooms, and even showing it to a group of adults, hands went up afterwards, and people were much more open to discuss their mental health,” Jetsey said.

Jetsey explained how the concepts of puppets for this project came to be.

“When we asked them why [it was easier to discuss], they said, “Well, if a dog and a chicken can talk about mental health, then so can we.” We found that puppets are really able to act out and discuss things that are maybe a little uncomfortable with everybody. When we partnered with Pride London, it made complete sense to do the same thing.

Coenen has expressed that, in her school experience, there were no conversations about the issues that the Pride Understanding videos tackle, and it can cause issues for children.

“Paula Jetsy came to me with the idea of creating videos for kids around LGBTQ+ topics. As a member of the LGBTQ+ community I was so thrilled to be a part [of this project],” Coenen said. “One of the main goals of the M.I Understanding videos is to get them into schools to be used as communication tools for teachers and students. In my school experience there wasn't a single mention of the LGBTQ+ community. The lack of LGBTQ+ acknowledgment causes some kids anxiety, feelings of isolation, low self esteem, and some kids can get bullied for being ‘different.'”

Coenen further explained why this topic is important to discuss with children.

“When other genders and other sexualities aren't acknowledged in grade schools, it's almost as bad as telling LGBTQ+ kids that they don't matter or they shouldn't even exist, and they should just keep quiet. But it's not just about the kids; families today are being more ‘colourful.' Sometimes children will have two moms or two dads, or one mom who became their dad, or more. Families come in many forms, but all that really matters is the love that a family has for one another, and that is also a topic we address in this series of videos,” Coenen said.

M.I. Understanding has worked closely with Fanshawe College graduates on the project, including the director, Nicole Coenen, who graduated from the advanced filmmaking program. The decision to hire the students came when Paula Jetsey realized that opportunities for young professionals graduating from Fanshawe have been less than before, and she wanted to create an opportunity for young professionals.

Jetsey explained how creating the team went about.

“I was in broadcasting for years, and I remember what it was like starting out. It was not easy. When I came to London Ontario, I was still in production, but recognized really early on that there was not a lot of opportunity for young people leaving Fanshawe, especially with the television station hiring fewer and fewer people. And yet, when we talked to the broadcasting department at Fanshawe, there were kids that were graduating from a great program, but were competing against kids in Toronto, who, coming out of Ryerson, were getting opportunities to work on some great projects,” Jetsey said.

“When I was putting together the production team, I saw that, pretty quickly and early on, I had five of the top puppeteers in Canada and three of the top puppet makers in Canada. I thought, these guys are just fantastic and I bet they would be open to creating an opportunity where we could provide some hands on learning, and some great experience, to some wonderful kids at Fanshawe College.”

Jetsey praised how the team and work has expanded since the beginning.

“It's worked out above and beyond what I expected. We started last year with nine students who had never worked together and a group of puppeteers who had never worked with students, and we recently just had a wonderful set. Everybody was really open; there was a lot of feedback from the puppeteers, and the students were really open to learning. This year we brought back four of those original students and provided six or seven opportunities for Fanshawe students. Again, it was a wonderful production,” Jetsey said.

As a Fanshawe College alumna who has graduated from the advanced filmmaking program, Coenen commented on the positive things she has learned from Fanshawe that had helped her succeed in her opportunity. She also commented on something she hasn't learned.

1
Things I wish I knew before being diagnosed with anxiety
2
Healthcare heroes coping with mental health amidst pandemic
3
Mental illness at the Cecil Hotel: How Netflix unravels the mystery of Elisa Lam
4
Fanshawe Fashion: How far can fashion take you?
5
Focus on the moment: The power of mindfulness