The stigma of of psychological disorders 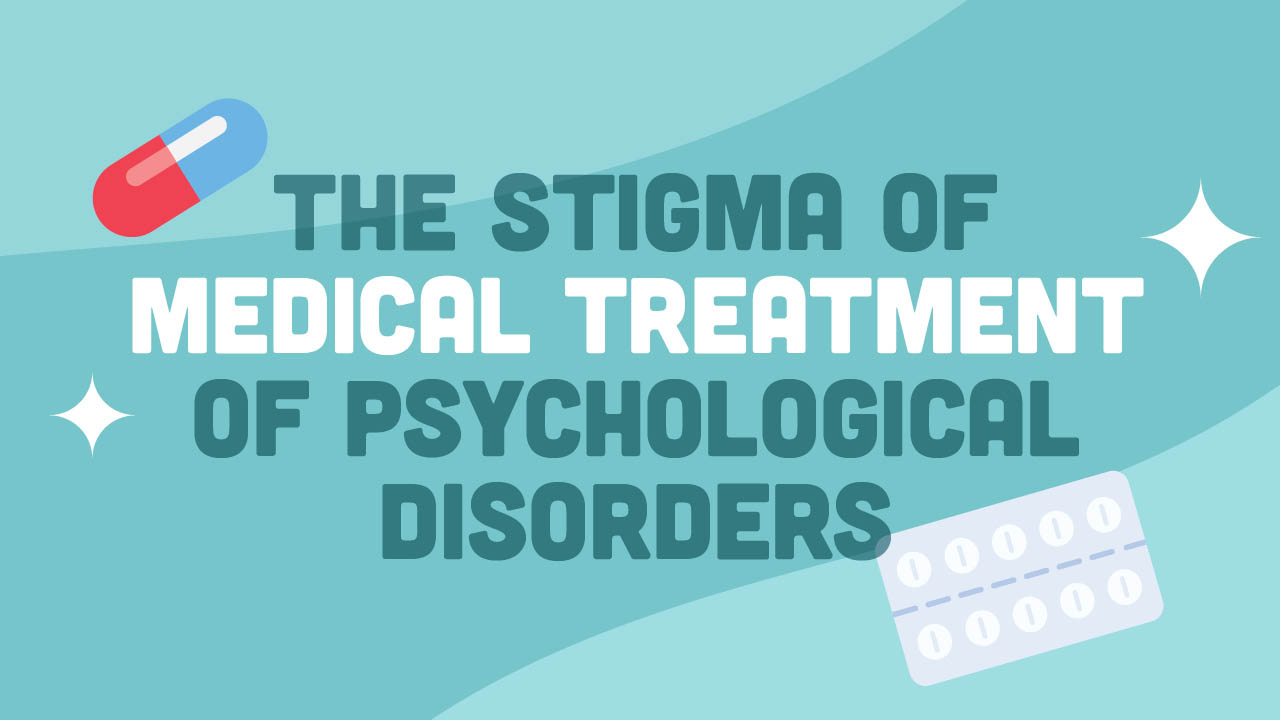 According a large-scale meta-analysis of 192 epidemiological studies, the vast majority of persons who will be afflicted with a psychological disorder, for example anxiety or depression, will have an onset of symptoms between the ages of 17 and 25. Given this age range, available medical treatment options for psychological disorders and awareness of the unwarranted stigma associated with them are an important topic for many post-secondary students.

There is a prominent view that psychological disorders are not physical afflictions and that they exist ‘all in the mind.’ On this view, ‘the mind’ is seen as an amorphous, and often mysterious, entity that makes up who one is as a person. As a result, medications that affect the mind are mistakenly perceived as unsafe and damaging to the core of who we are.

Those who hold this view believe things like depression and anxiety can be remedied solely by taking control of one’s own actions, thoughts, and emotions. They advocate, as the sole remedy for these afflictions, selfdriven improvement such as attention to diet, mindfulness, exercise, and positive thinking—those who cannot heal this way are considered weak.

“My clients often feel like it’s a character flaw or they’re not strong enough and that’s certainly not the case,” said Shirley Porter, Counsellor, Registered Psychotherapist, and Coordinator for Counselling Services at Fanshawe College. “These are often the strongest people I know, considering the level of symptomology they’re dealing with and how debilitating it can be.”

The ‘it’s all in the mind’ or ‘mind over matter’ views overlook that functions of the mind are inextricably linked with neurochemical interactions within the brain, and that the brain is a physical organ.

Most do not question the efficacy or safety of using prescribed pharmaceuticals for treatment of issues with organs such as the skin, heart, or pancreas, with the same skepticism, rigor, and sometimes incredulity, that accompanies questions about the efficacy and safety of medications for the brain.

The fact of the matter is treatment options that include serotonin reuptake inhibitors (SSRIs), mood stabilizers, and neuroleptics are in fact efficacious, and when taken properly, are safe. Even someone who knows this to be true may still have an intense aversion to medication being included in the treatment of their own or their loved ones’ psychological disorder.

This aversion is the result of the stigma associated with medications that act on the brain.

Porter said she commonly encounters three misconceptions about these medications. They are: that a person prescribed medication will lose an important part of who they are, become addicted to the medications they are prescribed, or be labeled as ‘crazy.’

These medications, when correctly administered and used in conjunction with appropriate therapy, do not jeopardize who a person is—they simply address the abnormal neurochemical barriers that get in the way of a person being who they are.

Porter noted that what people fear is that, “it’s going to make them into a zombie or somebody different and that’s not usually the case.”

Medications are gradually introduced to one’s system. Initial dosages are lower than the desired dosage to ensure minimal sideeffects and to identify any that occur so that adjustments can be made.

Although it might take time to find the right medication due to adverse effects of others, when a patient’s response to medications is undesirable, Porter’s advice is to talk with their doctor to see if an adjustment in dosage or even a change in the specific medication prescribed will help.

Just as the introduction of these medications is gradual, so too is the correct process of stopping them. Just because problems can arise when medications are stopped abruptly, it is not correct that this makes them addictive and that taking these medications makes one an addict.

For example, consider pills taken to regulate someone’s blood pressure. Although they are taken regularly and can cause harm if not taken, this does not make the medication addictive nor the patient an addict.

Perhaps the most prevalent of the misconceptions about psychological medications is that by taking them you are genuinely ‘crazy.’ The term ‘crazy’ can be used in many ways, but when it is used to describe a person, it means, by definition, that they are deranged (mad or insane).

The notion that someone is crazy is a generalization that belies black-and-white thinking about personal identity. The term does not track the truth of the human experience.

Consider that during a lifetime we experience and influence good moments, bad moments, and all kinds of moments in between. We participate in each moment in a multifaceted way. Different parts of who we are come out in different ways at different moments.

To be crazy is absolute, unchanging, and permanent. The only way the term applies to anyone is in a way that applies to all of us. Just as medication can improve the lives of those with an infection, heart disease, arthritis, or any other treatable condition, so too can medications for the brain improve the lives of those living with psychological disorders.
Medication Mental Health Psychological Disorders

Life goes on: Why explaining the war in Ukraine is tiring, but necessary