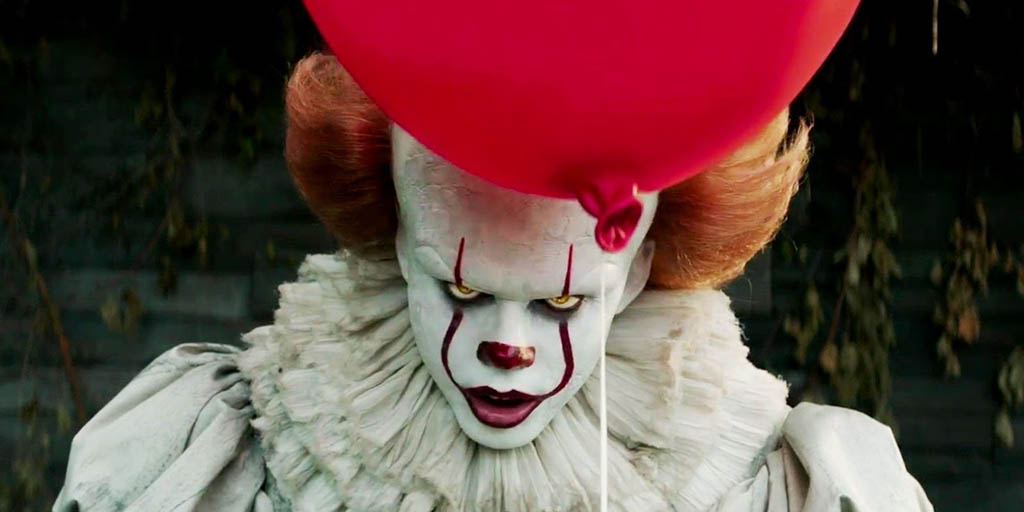 Horror film enthusiasts rejoice as a number of movies (like Stephen King's IT) are coming out in the next few months.


Good riddance, summer. I’ve had more than enough of sunburns and mosquito bites, thank you very much. The approach of fall means new beginnings, new classes and best of all, the release of new scary movies. Here’s a list of the top five upcoming horror, thriller and murder mystery movies that look especially enticing for us lovers of the colder, darker days to come.

It’s been a while since American audiences have been served up with a decent nod to J-Horror. The writer( s) of Blair Witch and You’re Next remedy that with Temple, wherein three American tourists make a hapless visit to a cursed Japanese temple. Predictably, creepy supernatural mayhem ensues.

James Franco stars in what at first appears to be a routine heist movie, but turns out to be so much more when a group of bank robbers open the door to an aging basement vault and are forced to do battle with the horrific secrets held within. The synopsis alone earns this film mega points for originality and suspense.

Those of us who endured the ‘90s era television miniseries know Stephen King’s epic tale of terror deserves so much more than Tim Curry and a PG-13 treatment. At last, the story is getting what it has coming in crisp digital format and a raw R rating. This long-overdue film tells the story of a group of childhood friends haunted by a mysterious evil inhabiting their hometown. The evil’s chosen manifestation is a fanged, sewer-dwelling clown, because your childhood was nowhere near traumatizing enough.

With films like Black Swan and Requiem for a Dream under his belt, one can only guess at what lengths Darren Aronofsky’s latest feature, Mother!, will take to make audiences squirm, both physically and mentally. All we know of the plot going in is that Jennifer Lawrence plays a mildly unhinged wife being pushed to the brink by a pair of unexpected houseguests with nefarious intentions. If I had to choose, I’d take killer clowns over Aronofsky’s psychological tilt-awhirls any day.

A snowman being the mark of a serial killer may sound silly, but Tomas Alfredson’s direction translates the concept into a truly disturbing crime thriller. Based off the Norwegian novel of the same name by Jo Nesbø, Michael Fassbender stars as a hardnosed detective on the hunt for a deranged murderer. Think Se7en (Seven), but with more knit sweaters and hot coco. Happy viewing!