It's college, not a movie 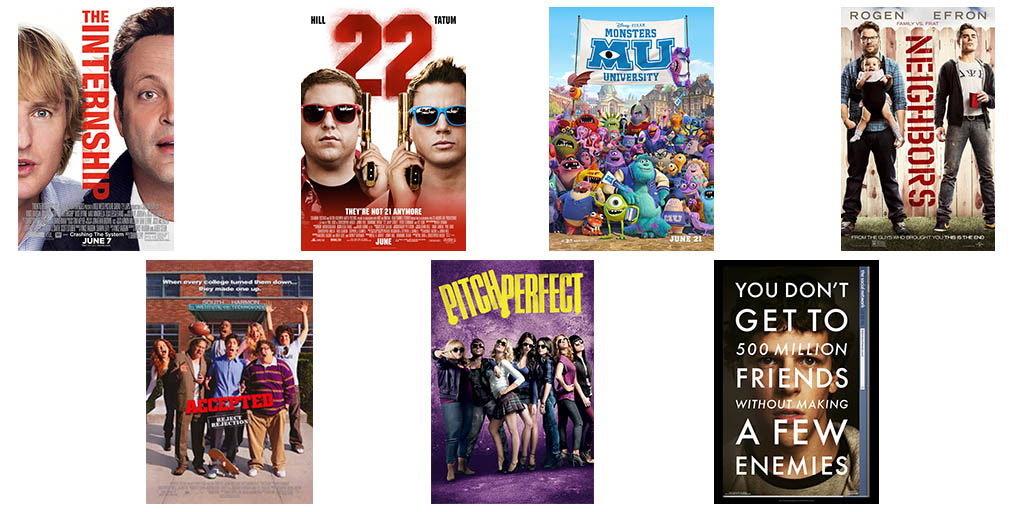 Films that do and do not reflect postsecondary education accurately

You’ve made it, congratulations. You are now a college student ready to do all the things you’ve seen people in movies do such as the sex crazed drunken parties and pulling all-nighters. Movies can give people the wrong idea of what to expect in college, embellishing the truth for entertainment value.

The movie Pitch Perfect is a comedy about a female acapella group that depicts college life as a day drinking sing-along, as students are never seen in class, spending their time doing sing-off-battles.

The film 22 Jump Street is a pseudo college movie that misrepresents what college is, as it’s too similar to 21 Jump Street, which was set in a high school. College is nothing like high school and there are vastly different social structures, there are no jocks vs. nerds, goths vs. preps, or cool vs. uncool. Also, it is highly unlikely (but not impossible,) that there are students who are actually undercover agents tasked with investigating a drug underworld ran by gangsters that use the college website as a drug dealing back channel.

Though movies can be deceptive, creating a type of caricature of college culture, there may be some hidden nuggets of truth if you pay attention.

Neighbors is a movie that depicts a fraternity that’s moved next door to a couple with a newborn baby. The truth in this story is that not everyone in a college town is a student, nor will they want to hear your parties.

The film The Social Network, about the creation of Facebook, begins with founder Mark Zuckerberg getting dumped by his girlfriend, going online and angrily blogging about her. Students are shown studying while intoxicated, which sounds like it should be illegal and is a horrible idea. The truth is, much of college life is conducted online through Facebook and on college websites like Fanshawe Online. People use Facebook to buy and sell books, look for room rentals, as well as creating groups to keep in contact with people in their program.

Animated film Monsters University, presents the backstory about how Mike and Sully of Monsters Inc. met and became best buds. Mike’s initial roommate coming to the university could turn invisible, which ironically illustrates the most plausible roommate experience scenario, considering you will likely be in different programs and have different schedules, thus seeing very little of one another.

In Accepted, the main character gets denied by every college and then decides to create a fictitious one using a made-up website and an abandoned psychiatric hospital. The chaos that unraveled at the fabricated college, aptly named South Hammond Institute of Technology (notice the acronym) and real colleges have some similarities. Students complain their dorm rooms are too small as they ravenously scurry around the halls looking for the book store, classes and where to eat. The truth revealed throughout this film is that it’s far more effective if the students have a say in what they’re studying. This is an essential difference between high school and college. By the end, the students get jobs within the college, making it legitimate and properly accredited; the students became the college they created.

The film The Internship is an underdog comedy where the Wedding Crashers meets Google. This movie shows that it is never too late to reinvent yourself, as two washed up salesmen miraculously land a summer internship. People from an older generation are forced to collaborate with millennials, and vice versa, revealing that in college not all students will be the same age. Opportunities will open up to enter work-study, co-op, placements and possibly internships, while these opportunities should be taken seriously. When going to interviews, be you. If you come prepared and be yourself, you’re sure to make the right impression and aim to impress everyone. You never know who you’ll be working with in the future.

When you come to college don’t expect it to be like the movies or you’ll be disappointed. Though it is fun, college isn’t just one big party. It is however a place where you have the opportunity to recreate yourself, meet new people and where your hard work will lead to success.
Comedy Movie lists Movies Transitioning to College

1
What to pack when moving into Residence
2
Interrobang Rewind: The Matrix
3
Top 10 shows and movies to watch during the holidays
4
Why Dr. Strangelove is once again the movie of our times
5
Home Alone For Christmas

Tapas: A place to read or publish