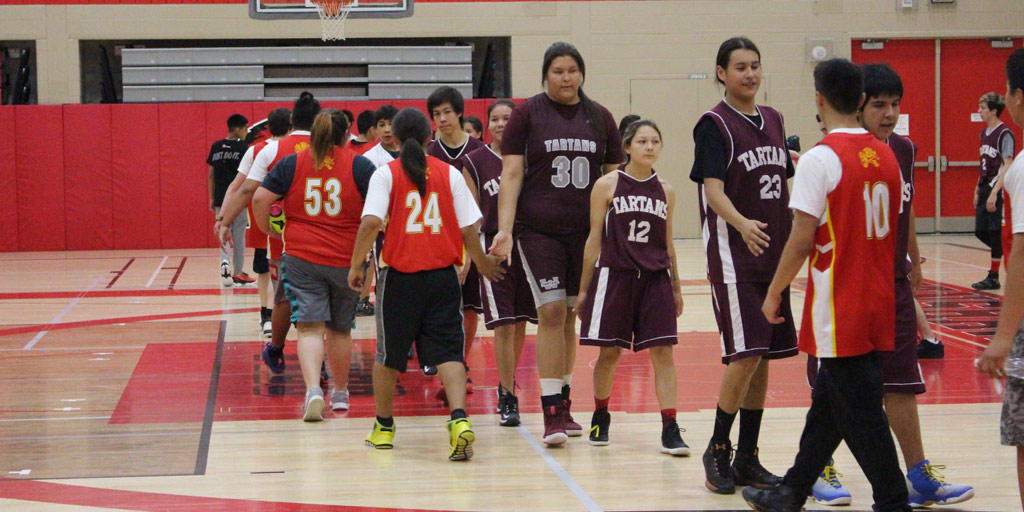 CREDIT: GEORGE MARAGOS
Fanshawe held an Indigenous basketball tournament that allowed student from surrounding high schools to not only play the game, but see what the college has to offer.

Open to students, parents and spectators, the games kicked off at 10 a.m. and ran through to 2 p.m.

“It’s [Fanshawe’s] first year running the tournament. Previously it was run by the Thames Valley District School Board. This year we offered to host it and we’d like to make it an annual thing,” Kennedy said.

Kingson Huff, an Indigenous student ambassador working at the First Nations Center and a 2016 Beal Secondary School graduate had positive words to say about the turnout of the tournament.

Guy Williams, manager of the First Nations Center commented on the day’s events.

“At its base, it’s about relationships and about kids coming to Fanshawe. That this could be a place they see themselves,” Williams said.

Zhahwun Shognosh, an Ojibwa teacher at Wallaceburg described how the school got involved with the tournament.

“Dan Kennedy emailed us and our kids wanted something like this, so they jumped right on it. I knew we’d have kids to bring. We just picked them and said lets go,” Shognosh said.

Shognosh imparted a little of the Ojibwe language to express her feelings about the event.

“Miigwech”, she said, which means “thank you”.

Kennedy described organizing the event and the meaning behind it.

“It’s a game we’re using to get Indigenous students together to play some basketball, tournament style. It’s getting the students familiar with the school,” Kennedy said. “Next year we’d like to include more teams and some sponsorship towards getting the teams their own jerseys.”

Williams, described his sentiments about helping to organize the event.

“The biggest success is that the schools saw an opportunity to bring students to Fanshawe and took it upon themselves to bare that expense. The last time we brought students here we paid to bring them in. They recognized what we’re doing because there’s value in this. It’s a starting point, but we’ve got an idea that’s worth doing,” Williams said.

Williams summarized Wallaceburg’s dynamic and engaging tour of Fanshawe the week prior. “We’d arranged for culinary to give demonstrations, and went to the media station, brought them in front of the cameras and had students reading from teleprompters,” Williams said.

Callin Deleary, a student from Saunders who participated in the basketball tournament shared his thoughts about the event.

At the end of the first game; Davison won over Beal 22-12, and Wallaceburg won against Saunders with a whopping 40-6. The games closed out with Wallaceburg’s team on top with five wins.

“It doesn’t really matter who won, all we care about is getting the kids together,” Kennedy said. Click on the thumbnails below to view a larger version of each image. 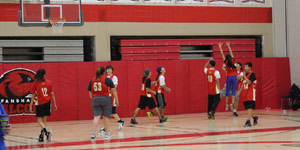 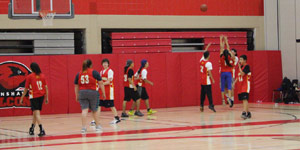 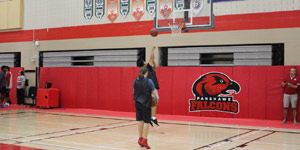 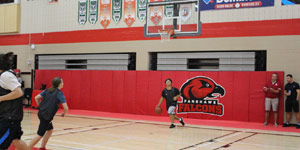