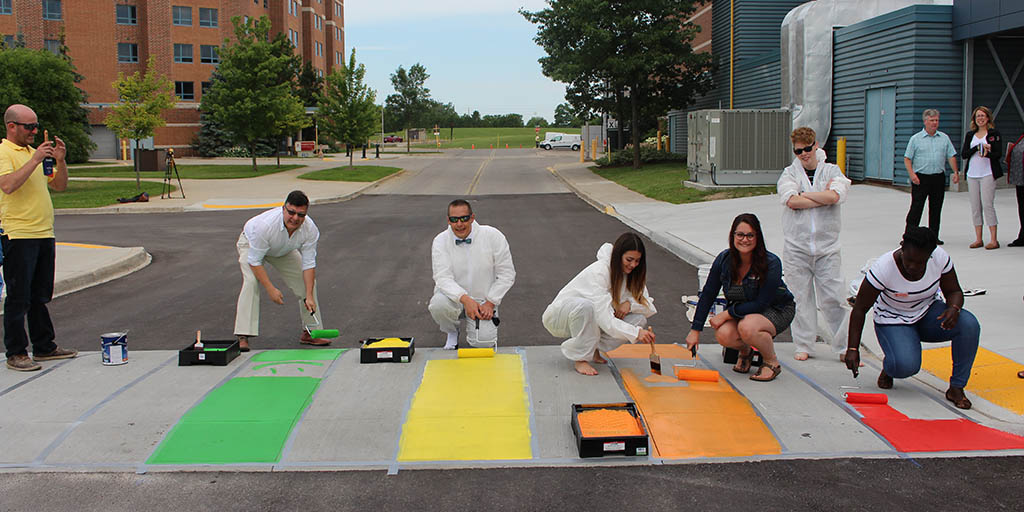 CREDIT: JESSICA EDEN
Fanshawe students and faculty as well as FSU members came together to paint a rainbow crosswalk in front of the of the new Wellness and Fitness Centre.

Fanshawe College and the Fanshawe Student Union (FSU) showed its pride by painting a rainbow crosswalk on campus on July 6.

The project was initiated in the fall of 2016 by former FSU president and current Board of governors student representative Carlie Forsythe.

“I saw the London ones downtown and I really liked them and I figured Fanshawe keeps saying that it’s an inclusive place, lets actually see if they can show that they’re an inclusive place especially for LGBTQ+ communities,” Forsythe said.

The location (crosswalk between parking lot 6 and J building), was determined due to its visibility in front of the Wellness and Fitness Centre, regular foot traffic and the unlikelihood of it being worn off due to frequent car traffic. Forsythe also hopes that more rainbow sidewalks will be included on campus in the future and has two other potential location ideas including the crosswalk from Fanshawe to Fleming Drive and in front of T building near the bus stops off of Oxford Street.

“It’s great to see the pride crosswalk on campus because it just shows our support for the LGBTQ+ community and that we support culture in general and diversity on campus and that is good,” current FSU president, Morganna Sampson, said.

Fanshawe students, staff and the FSU representatives helped paint the rainbow whose colours were outlined and indicated with chalk on the crosswalk.

Forsythe, explained the initiative is important for Fanshawe as a whole, because it shows the strong connection between Fanshawe and the FSU as well as for the new students that will arrive on campus this fall and their feelings of inclusiveness.

“There’s still stigmas related to your home country, your first language, whether or not you’re LGBTQ+ so it’s one of those things where we just want to break down barriers and get people thinking about it and educating themselves about it,” Forsythe said.

Fanshawe will also be participating in London’s 23rd annual Pride parade on July 30 and will be raising the Pride flag at Fanshawe in front of F building on July 20 at 10 a.m.

“The pride symbol is a symbol of one love, a symbol of non-judgement and a symbol of hope and inclusivity itself and just having that on campus shows that it’s a safe space for all students to be,” Sampson said.

Fanshawe also has its LGBTQ+ group on campus called Spectrum, which is active all school year. Click on the thumbnails below to view a larger version of each image. 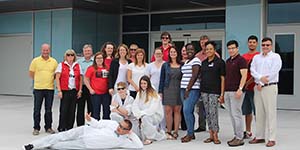 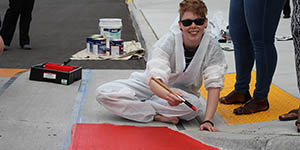 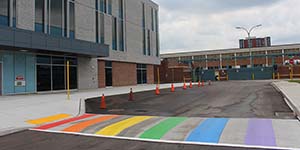 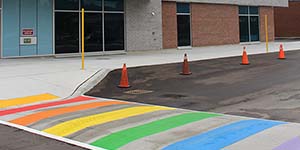