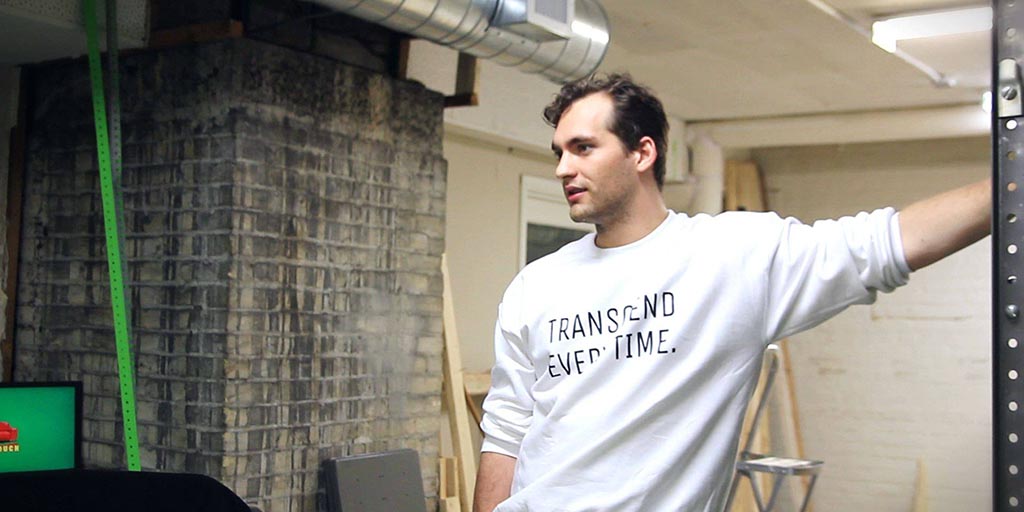 CREDIT: SIXFIVE INTERACTIVE
Tyler Bryden is the chief executive officer at SixFive Interactive, a business that was funded by entrepreneurial grants.

Fanshawe graduate and entrepreneur Tyler Bryden has a lot to be proud of. His marketing and production company SixFive Interactive has just hired on a new employee and has an established office space in Innovation Works, a big step for the propel entrepreneurship program graduates.

Bryden has been interested in working for himself from a young age; he got his first job at 12 working from home as a copywriter. As he got older, his ambitions turned from odd jobs at home to starting his own company. Now he wants others to see that entrepreneurship is a real option.

“Right now one of the big things I’m trying to push is that these options are out there because no one tells you. I had to dig for months to find where I could get a grant.”

Bryden’s journey started back in May of 2015 when he took part in the London Small Business Centre’s summer company program, where he received a grant of $3,000 to start his company. “It was a lot of fun and gave me my first taste of success in business,” Bryden said.

He returned for his second semester in Fanshawe’s interactive media design program. His next summer was spent at the propel entrepreneur incubator, where he received $15,000 and heaps of support and exposure.

“It gives you credibility. Now we’re not just some guys who started a company, we got the validation of going through propel and working with other entrepreneurs.”

He said that while the choice to start his own business was a bit of a risk, it’s not as big as most think.

“It’s more risky to not be an entrepreneur, I find. I have friends who have had good, safe jobs and then something happens to their company out of no part of their own doing and they get fired. They have no transferrable skills sometimes.” He added that for a service company, little needs to be put in other than time and energy.

After completing propel, the company moved into Innovation Works. The co-working environment appealed to the SixFive team, as well as the social impact that so many of the tenants strive towards. “Everyone wants to save the world here and it’s so inspiring.”

Bryden is concerned with social change and uses revenue from the company to combat stigma around sexuality and mental health, issues he has dealt with himself.

“When I was 21, I finished my hockey career and went through a crisis of faith. We won a championship in London and it sent us into a vicious cycle of partying that summer.”

Later in the summer, his father suffered a heart attack. “I went through this breakdown phase of, ‘I don’t know who I am, what do I want to do from life,’ and it spiraled into mental health issues and depression. It was a really tough time in my life but it really helped me prioritize what I wanted to do.”

Bryden went public about his experiences with mental health and a year later came out as bisexual.

“Those were two big moments for me that were very socially oriented. There’re so many problems with mental health and LGBTQ rights that bother me.”

SixFive Interactive is producing original content that will impact how people feel about mental health and sexuality; a project of theirs coinciding with Bell Let’s Talk is creating videos about other Innovation Works tenant’s experiences with mental health.

Bryden noted that social change and responsibility is something more businesses should strive towards.

“We have a drive to succeed in business, but like a lot of our generation we care about the actual issues behind it too.”

Looking forward, Bryden wants to see more support for entrepreneurs, but also for those struggling with mental health who have the entrepreneurial spirit.

“Personally, I feel much happier now than before I started a company because what I’m doing is fulfilling.”

Crime prevention tip of the week