This Friday, February 8, The Out Back Shack will be celebrating (what would be) Bob Marley's birthday with a triple-bill of reggae and pop music featuring Staylefish, I.An.Eye, and one of the most talented singer-songwriters in Southern Ontario, Dylan Murray. I had the opportunity to speak to him recently about his music, travels, and what to expect from the future.

It turns out that at 27-years-old, Murray has accomplished quite a lot on his way to a musical career. He has released an EP (with a full-length coming in the summer), placed well in high-profile radio competitions and has recorded reggae music in the country he considers his second home - Jamaica. 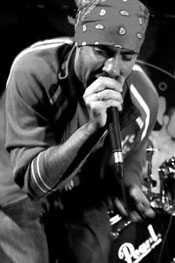 In fact, much of his success, he owes to the country.

“I've been going down since I was about 18,” Murray explained. “The first time I went down I just wanted to help out and see what was going on, and then a little bit later I started meeting people and started making music and that kind of thing.”

What started out as a trip to work with inner-city youth in poverty stricken Jamaica, ended up inspiring Murray's musical creativity, through which he met other artists and made friends. This led not only to invaluable contacts in the country, but the opportunity to compete in one of the biggest songwriter competitions in Jamaica - Big Break on Irie FM. Despite the thousands of talented artists he was up against, Murray advanced to the top 12 in the competition and was actually favoured in the top three. This was two years ago, and his music has only been improving since.

Back in Toronto, Murray was scouted by Soul Clap Records/Universal, with whom his debut EP, White Wing Roots will be released. These eight songs showcase his writing and performing talents, which range from Jack Johnson-esque pop tunes to more traditional reggae sounds and themes (see his song, “Ganja,” for instance).

Well before he ever visited Jamaica, however, Murray had a prospering love for the island's music.

In fact, he said his affection started in grade six or seven. First captivated by the feeling and style of the genre, it has stayed with him to the present day and remains a large part of his life.

Of the reggae artists that Murray grew up listening to, one stood out for him - the legend, and the man this concert is a tribute to - Bob Marley.

“Marley's music is very inspirational,” Murray said. “It was one of the first tapes I was introduced to at an early age... so that has definitely influenced a lot of my music... the style, and where I get emotion from. It inspired me to be a musician.”

The style and emotive quality that Murray respects in the reggae legend has had the same effect on multitudes of others, and there is no doubt as to why Marley is now considered the benchmark of reggae music.

The concert taking place this Friday is not a tribute to Bob Marley in the traditional sense, where artists merely cover his songs, but instead, one can look a little deeper and see that, because of his influence, artistry and sheer ability to touch people, all reggae music after him is, in one sense, dedicated to him already.