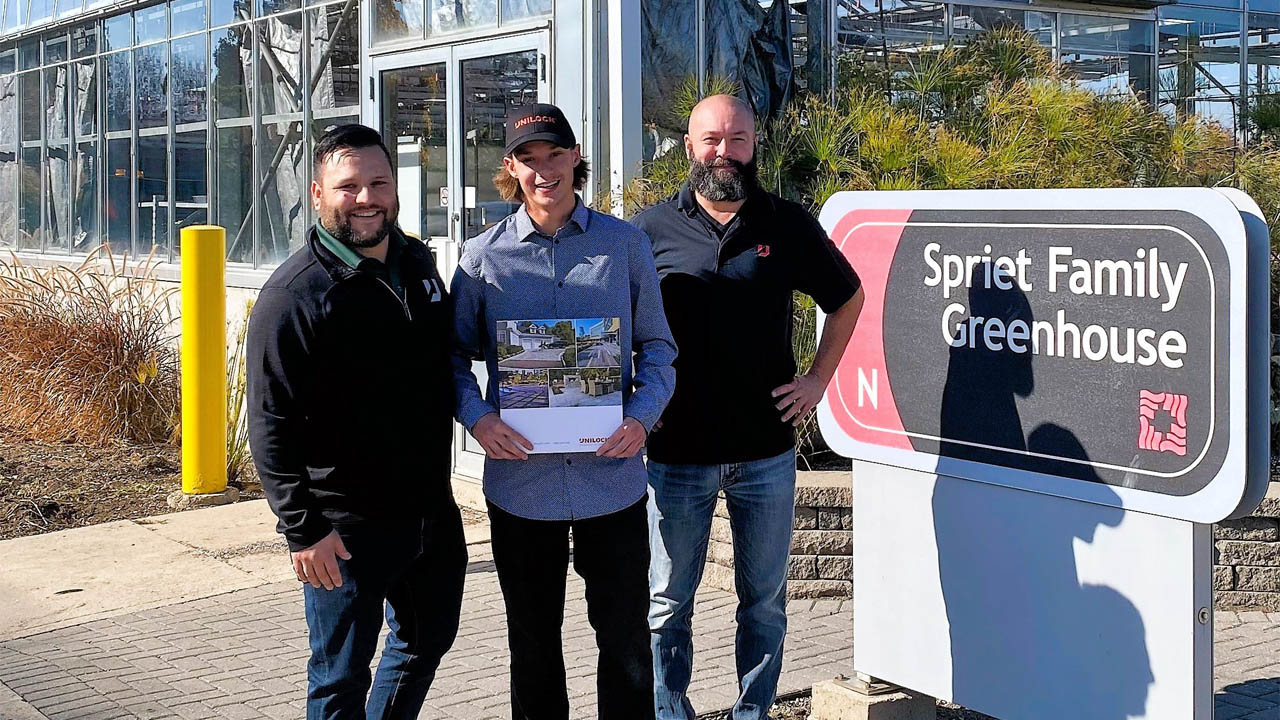 A Fanshawe student has been awarded a national scholarship in its inaugural year. Unilock, a manufacturer of interlocking concrete products, created the Paving the Future scholarship to commemorate the company’s 50th anniversary.

Nick Morgante, the assistant sales manager for Unilock Ontario, was involved in putting the scholarship together. He explained the origins of the scholarship and its purpose.

“The Unilock Paving the Future scholarship is an initiative we launched this year across North America to support the up-and-coming generation of landscape design, architecture, and construction leaders,” Morgante said in an email. “The scholarship was developed to show our commitment to ‘pave it forward’ by investing to build the future of the industry.”

Of the over 70 applicants, 22 winners were picked. Matthew Couturier, a third-year landscape design student at Fanshawe, was one of the winners. Applicants needed to be in their final year of study in order to be eligible for the scholarship. Applicants also needed to demonstrate academic excellence in their program, and an essay describing why the student was passionate about a career in landscaping was needed as well.

“Matthew’s application did a great job of telling ‘his story.’ His passion for the landscape profession and persistence to achieve his goals are inspiring,” Morgante explained. “With Matthew, I truly believe that our scholarship is an investment in the bright future of our industry.”

While the application process was straightforward, Couturier said he still stressed over the process.

“It’s one of those things that while it was easy, it’s still time consuming. And the fact that you want to make sure your essay is great only adds to that,” he explained. “It’s almost more stressful because it’s so simple.”

The essay was on how the applicant planned to “pave it forward” in the landscaping industry once they graduated. Couturier explained that the way he would “pave it forward” was by putting all of his passion into every project that a client may give him.

“You just go in with a couple sketches and ideas and then down the line, you’re giving your clients a backyard that they’ve been dreaming of for years.”

On top of the essay, applicants needed to hand in their transcript, fill out some paperwork with school information, and a letter of recommendation from an industry contact or a professor at Fanshawe.

After the number of applicants and the success that the scholarship had, Unilock plans to continue the scholarship into 2023 and hopefully the future. Over $100,000 was awarded to the winners to help cover any education expenses, such as tuition, books, housing, or transportation.

Courtier received $5,000 from the scholarship. He put the money he received into a new vehicle for the winter, as the car he had wasn’t suitable for winter weather. Any remaining money he had was reinvested into school. Even now, he said he’s still wrapping his head around the fact he was awarded the scholarship.

“It’s kind of surreal. It’s hard to take into account just how crazy the amount of people applied. And I’m one of a handful who won across North America. Shows that the hard work pays off in the end.”
Fanshawe students Landscape Design Scholarship