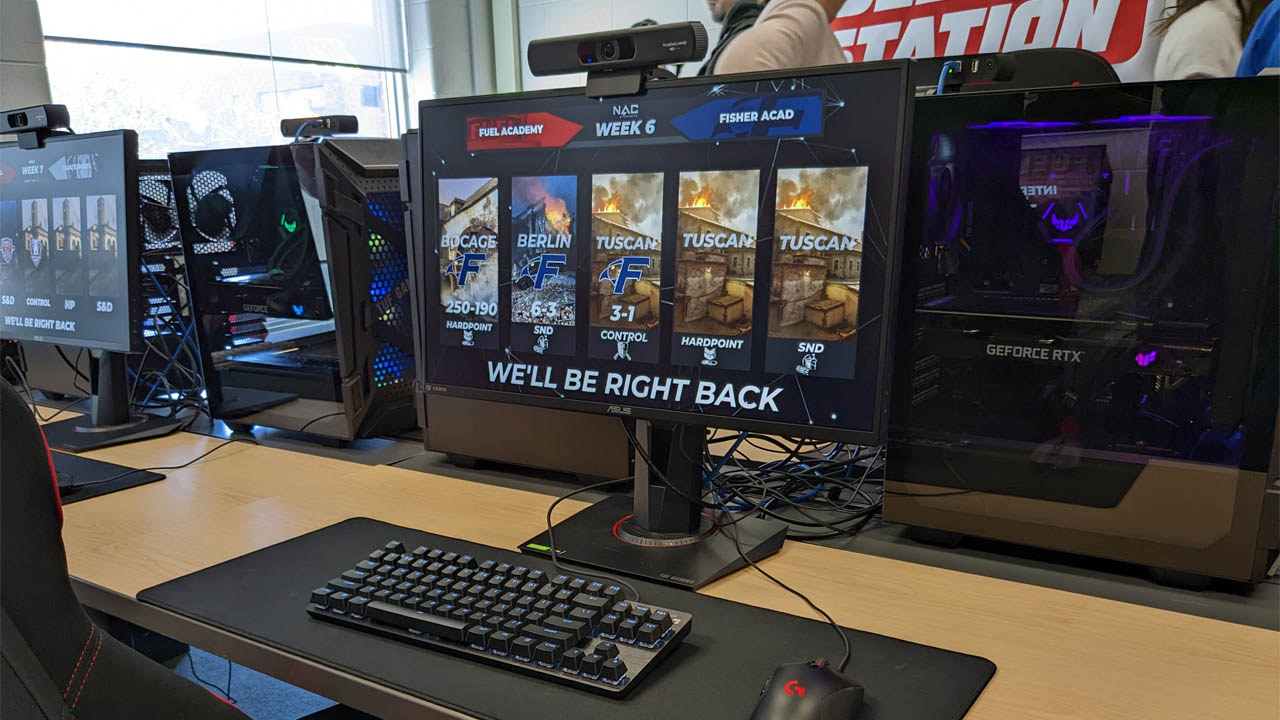 “We had a couple bumps recently,” said Adam Boyce, the manager FUEL’s Valorant teams. “We haven’t been playing well and we got eliminated from our other league that we normally play on Tuesdays in the first round of playoffs which we weren’t expecting. This last week we kind of had to put our heads down, get to it, and try to pull through and we barely pulled through it. We were down two to one and we came back and won three to two so it took a lot of work but it was definitely hard.”

Boyce mentioned that the next goal for the team is to compete for top 10 in Canada and that there might be a fourth Valorant team added to FUEL’s roster competing in tournaments around Canada depending on the growth of interest in the game around the college.

The titles won by FUEL include:

Rachael Billion, the assistant Esports director and manager for Fanshawe’s R6 team said it was a great semester.

“All of our players have something unique to bring to the team that gave us the ability to win the division,” Billion said. “They didn’t win every game but seeing them grow as a team with the new players we gathered this season was great. Truly a great team to work with, they have amazing chemistry.”

These wins are huge for FUEL’s young Esports program which has been overseen from the beginning by Esports Coordinator Tyler Hetherington and grown by a grassroots interest in post-secondary Esports. Hetherington himself started as the Events and Activities coordinator for the Fanshawe Student Union (FSU) and introduced Esports to Fanshawe College by founding FUEL.

With the founding of Esports Canada Post-secondary this year, and Hetherington sitting on the council as chairperson, Esports at Fanshawe is flourishing and proves its innate ability to grow in popularity year after year.

You can find out more about Fanshawe Esports at fsu.ca/fuel, on Discord at fsu.ca/discord, or participate in the many competitive and casual gaming sessions hosted at the FUEL station, Fanshawe’s own in-person gaming room located on the second floor of the J Building (J2018).
Esports FUEL Video games

1
What separates a sport from an activity or game?
2
Seven games you didn’t know were made in Canada
3
The best holiday-themed video games
4
How video game music evolved through the decades
5
Pandemic leisure: How students are filling their free time now vs. two years ago

Increasing quality and options in our tech ecosystems