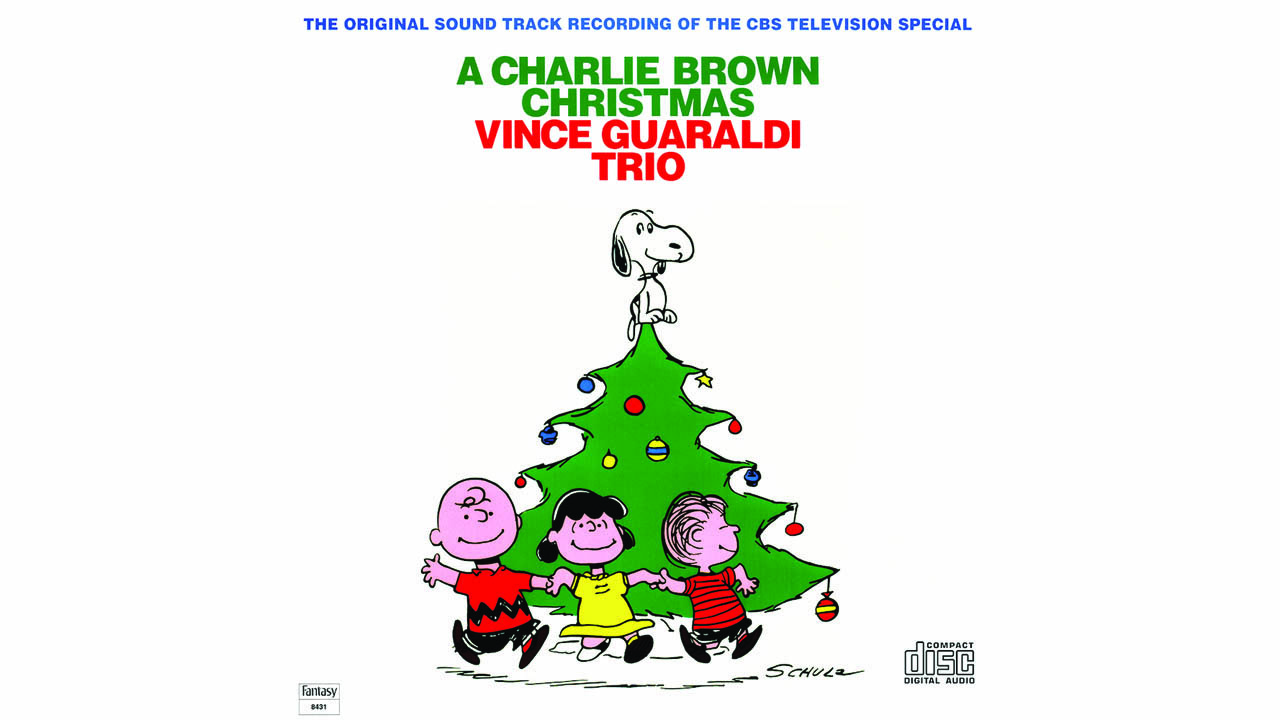 CREDIT: FANTASY RECORDS
A Charlie Brown Christmas is the perfect soundtrack for the quiet contemplation that comes between the holiday highs.

Christmas time is here. Time for an appropriately themed review of one of the best Christmas albums ever made, the soundtrack to A Charlie Brown Christmas.

I grew up watching a lot of the Charlie Brown specials, mostly in French class, strangely enough. A lot of the holiday ones, the one where they go to France, and a few miscellaneous ones. I was never a huge Peanuts fan, and other than those few miscellaneous television specials, I never went out of my way to look for it. The exception, however, is A Charlie Brown Christmas.

Every holiday season, I make a point to watch A Charlie Brown Christmas, as a little reminder of my childhood. It doesn’t take up a lot of time, only running 25 minutes total. But it harbours a lot of really sweet and warm feelings for me. Another holiday tradition I have is to do some baking. I’ve never been much of a baker, but I like making things to give to people for the holidays. When I’m baking, I usually listen to the soundtrack to the special, as it’s holiday themed, but not overly so.

The album runs for 40 minutes, with 11 tracks. The entire album reflects the spirit of the work it’s scoring; laid-back, heartfelt, and almost a little melancholy in spots. It perfectly fits the special; Charlie Brown knows he should be happy around the holiday season, but is rather depressed.

It’s hard to listen to this album and not be filled with some sort of holiday cheer. Jazz can be a dense genre, as it can get very technical, but the arrangements here are kept simple to be approachable to everyone (seeing as it was made for a children’s television special), yet complex enough to still be interesting.

Songs like “O Tannenbaum” exemplify this balance perfectly. Starting with a piano rendition of the traditional carol, the song then goes into a more traditional jazz three piece, with the melody being played in a swing style, the drummer using brushes to give the song just an extra bit of texture, and an upright bass keeping the song moving.

Guaraldi’s improvisational piano runs on this song and the others on the album are downright addictive. He usually does the same style of improv run, but it always comes at the perfect time to just give the songs a little more oomph.

Part of what makes this album the “Greatest of all Time” is how, ironically, not Christmas-y it sounds. Most Christmas songs (and albums by extension) are either incredibly religious, or almost sickeningly sweet and joyous. This album is neither of those things.

The album is a lot more reflective. It captures those moments that come between the highs of the holidays. Yes, the holidays are, for the most part, an incredibly happy time where you see family and friends. But, at least for me, it has moments of quiet contemplation. Sitting outside with a space heater, watching the snow fall, or waiting for dinner to be ready while examining the spoils of the morning’s gift exchange.

The instrumental version of “Christmas Time is Here,” for example, is the song for those moments. It’s a song that has joy in it, but it also has this feeling of melancholy, almost reflecting on what the holidays truly mean.

Oh, and the album has “Linus and Lucy” on it. You know, the really famous Charlie Brown song. Yeah.

Those moments are what make the holidays for me. And A Charlie Brown Christmas provides the perfect soundtrack to my holiday contemplation.
Editorial opinions or comments expressed in this online edition of Interrobang newspaper reflect the views of the writer and are not those of the Interrobang or the Fanshawe Student Union. The Interrobang is published weekly by the Fanshawe Student Union at 1001 Fanshawe College Blvd., P.O. Box 7005, London, Ontario, N5Y 5R6 and distributed through the Fanshawe College community. Letters to the editor are welcome. All letters are subject to editing and should be emailed. All letters must be accompanied by contact information. Letters can also be submitted online by clicking here.
Christmas Interrobang Rewind Music Music Review

International students celebrate their own holidays during winter break