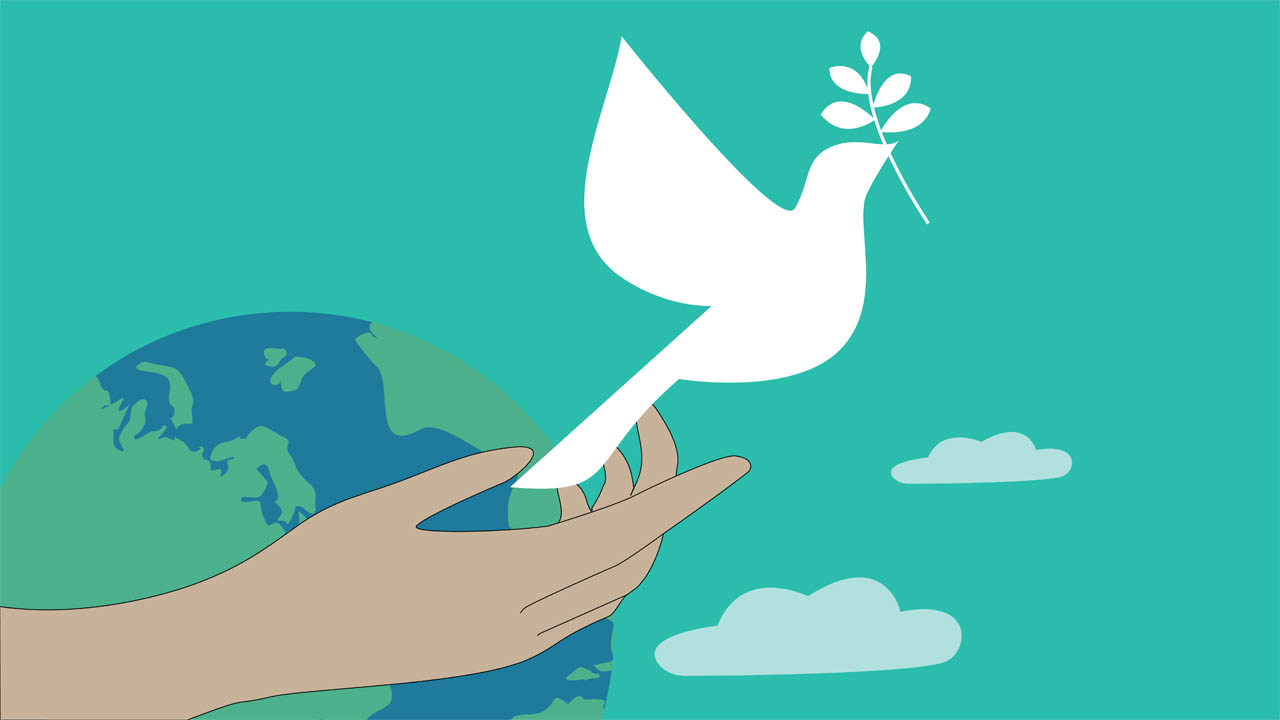 CREDIT: MARIA STAVREVA
In many respects, we have a great peace deficit in our world.

At this time of the year, a number of special days will be celebrated. They include the Winter Solstice, Hanukkah, Three Kings Day, St. Nicholas Day and Kwanzaa. But even in Canada with our diverse population, Christmas stands out as the most recognized. It is the celebration of the birth of Jesus Christ.

One of the enduring themes of Christmas is peace. This theme is not an invention of Christmas card wordsmiths. Christ himself is known as the “Prince of Peace.” The title comes from a Jewish text, Isaiah 9:6 which reads:

For to us a child is born,

to us a son is given,

and the government will be on his

And he will be called

The Jewish folks of the first century who put their faith in Jesus saw this text as one of many in the Jewish Scriptures which looked forward to the birth of Jesus.

In many respects, we have a great peace deficit in our world. Wars rage in Yemen and some of the African nations. Conflicts between Conservatives and Liberals, and south of us, between Republicans and Democrats show no signs of easing. A visit to the internet can easily draw you into taking sides in the gender and culture wars being waged online.

The people of Ukraine want peace. But to get the peace they want, a peace in which the Russians are driven out, they will have to keep making extreme sacrifices. There is no guarantee at all that they will be successful. Putin’s promises may fail the Russians. But Zelenskyy’s assurances to his people may not fair much better.

Recently I was in Halifax to look at the largest aircraft carrier on the planet. It is bristling with, I would guess, enough lethal capability to wipe out entire nations. $14 billion USD, and 4,000 crew members.

Where do you and I look for peace? In mesmerizing machines of war? In the promises of the leaders of modern nation states? In the pronouncements of YouTube influencers and social media celebrities? In movements such as Marxism, capitalism, socialism, feminism, woke-ism, environmental activism, or anti-racism?

In the opening lines of the first century Jewish- Christian text called Luke, after its author, we meet Herod the Great. As a servant of the Roman Empire, Herod saw himself as the bringer of peace. His father was a favourite of Julius Caesar, which gave Herod his shot at power and influence. The famous Marc Antony was among his supporters. The Roman Senate appointed Herod as king of Judea. He then went on to secure his kingship by means of a military operation and ruled Judea in Israel for nearly 40 years.

Herod, seeing further opportunity, married into the reigning family of Jewish priests and kings, the Hasmonean dynasty. He took as his wife Mariamne, one of the daughters of that dynasty. Eventually, Herod had several of his family members executed because, even among his family, he saw only conspirators. Among the victims was Mariamne.

Like other Roman rulers, Herod loved building projects. The most impressive of these was the reconstructed Jerusalem temple. Acres of stone work, pavements, colonnaded buildings, and sacred structures: the Jerusalem temple that figures so largely in the New Testament.

By these methods, Herod worked to secure his reputation as the guarantor of prosperity and peace for the people of this Jewish region, Judea, in Israel.

But the pious Jewish people of the day were not buying into Herod’s peace agenda. On the first page of Luke, we meet not only Herod, but also Zechariah and Elizabeth, and Mary and Joseph. The first couple became the parents of John the Baptist, the forerunner of Jesus The second became the parents of Jesus, Mary his birth mother and Joseph his adoptive father.

What are they doing? Joining protest marches against the Roman occupiers of their land? Collaborating with the “zealots” of the day who, by means of the dagger, tried to defeat Herod’s minions?

No. Luke tells us that they concentrated on living a righteous, obedient life in the sight of God. We see them joining with others of their Jewish community in prayer, in worship, in reverence for the living God, the God of the Jewish nation.

The contrast between Herod and these devout Jewish couples is striking. I believe Luke intends for us to see it. On the one hand, the peace promised by those who are overly in love with political power and are willing to be ruthless. On the other, people of God who, while not in the least avoiding work and political life — as can be seen throughout the biblical accounts — seek peace by means of prayer, worship, obedience to the Jewish God, and participation in the community of the faithful. They expect God to be the bringer of true peace.

Editorial opinions or comments expressed in this online edition of Interrobang newspaper reflect the views of the writer and are not those of the Interrobang or the Fanshawe Student Union. The Interrobang is published weekly by the Fanshawe Student Union at 1001 Fanshawe College Blvd., P.O. Box 7005, London, Ontario, N5Y 5R6 and distributed through the Fanshawe College community. Letters to the editor are welcome. All letters are subject to editing and should be emailed. All letters must be accompanied by contact information. Letters can also be submitted online by clicking here.
Jesus Peace Religion

1
Sustainability Today: We need peace and prosperity for all
2
Human Creation Stories, from Rabbit Boy to Adam
3
The end of racism?
4
Sexuality in Barbados
5
Becoming rich(er)

Student wrestler to compete at Fanshawe