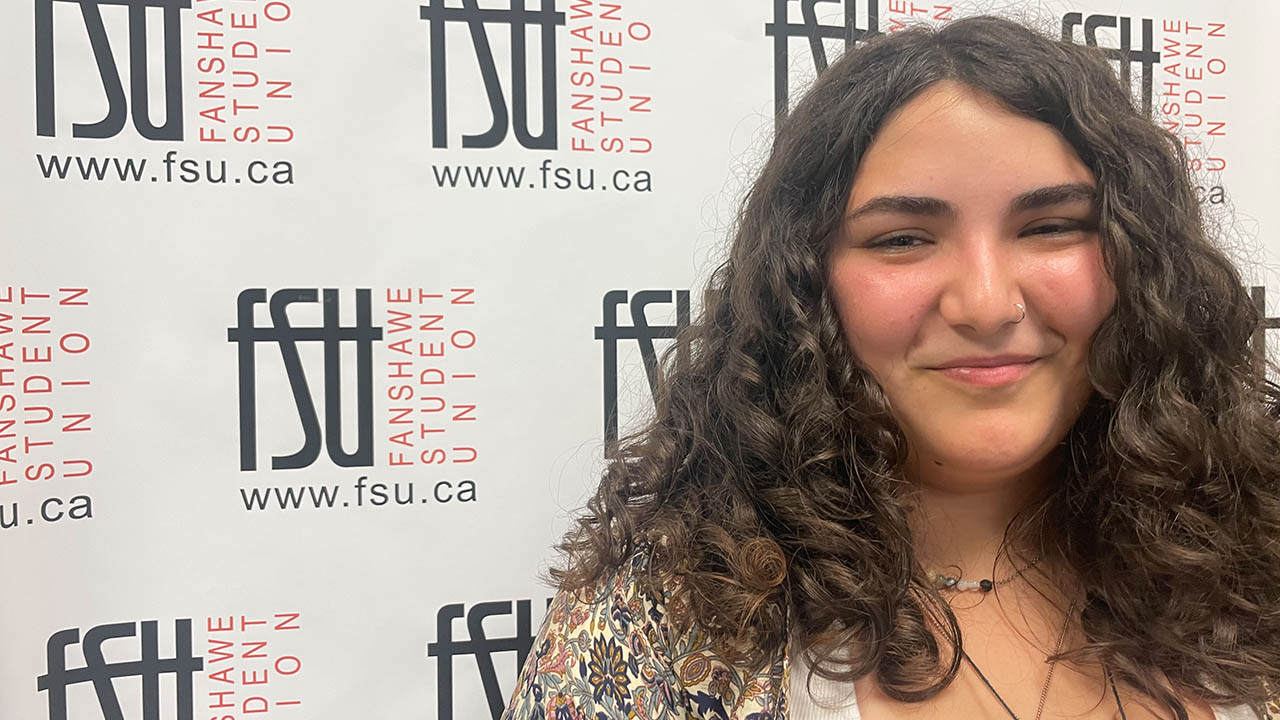 CREDIT: HANNAH THEODORE
First-year Fanshawe student Darya Javan has called on the London community to stand in solidarity with Iran this Saturday.

On Oct. 1, a peaceful protest will be held in Victoria Park to raise awareness about the current situation in Iran. The protest will begin at 12 p.m., with a march around the park beginning at 12:30 p.m.

Over the past month, Iranians have taken to the streets to protest against the country’s “morality police,” a militant group of extremists who mainly target Iranian women who defy Islamic dress code. In response, women have burnt their head scarves in the streets and publicly cut their hair, all while sharing the demonstrations widely on social media.

The catalyst for this most recent round of protests was the death of 22-year-old Mahsa Amini, who died while in police custody in Tehran, Iran on Sept. 16. Amini had been arrested for not wearing her hijab “properly.” Police allege that Amini died of pre-existing health conditions, which her family denies.

“It’s been extremely frustrating,” Javan said. “But it’s been frustrating for a while. I was very politically active in the summer, as well as last summer, about some of the stuff going on, but it never really gained any attraction. Until this time.”

Amini’s death and the ensuing protests in Iran have garnered the attention of many around the world, sparking protests across Canada from Toronto, to Montreal, and even at Western University. But Javan wanted to see something more done here in London.

“I’m not really the type to do that kind of thing,” Javan said. “But I knew that, at the time, no one else was really going to.”

So Javan, the child of an Iranian immigrant, took it upon themself to begin organizing Saturday’s protest. With the help of a team of volunteers, she got to work raising awareness through social media.

“I’m just really hoping with all this protesting…I’m really hoping that people can actually start to learn about Iran, and kind of know about the struggles for 43 years, because no one knows,” Javan said. “Most people I’ve ever mentioned it to, they had no idea in the first place. And so I don’t expect people to care about it if they don’t know.”

Javan stressed that the purpose of the protest was to show support for womens’ right to choose.

“It’s so much different than any other women’s rights movement,” they said. “And I feel like it can be really easy to misinterpret, and [people] kind of think that it’s against religion, or it’s against a certain government. But at the end of the day, it’s just about human rights.”

Javan hopes the protest will draw crowds from both the Fanshawe and Western communities, as well as the greater London area. She said that it’s important for students especially to feel as though they are staying informed and making a difference.

“I think a lot of people, Western and Fanshawe [students], would all be in the same spot of just really wanting to do something about it, but [it’s] so difficult because you can’t even get easy information about it.”

Javan said Iranians in Canada are relying on their relatives back home for information, as restricted Internet access and misinformation on social media has made it harder for those outside Iran to know what’s really happening there.

That’s also why Javan has put so much time and effort into organizing this weekend’s protest: to raise awareness and spread a message of solidarity.

“At the end of the day, this is something we can all agree on, we can all support each other in this, because we all have the common goal of just human rights.”

Participants of tomorrow’s protest are encouraged to bring signs, and join in a march around the park, beginning at the corner of Dufferin Ave. and Wellington St. For more information, follow @londonsiran on Instagram.
Iran London News Protest Victoria Park

1
Here are the results of London's 2022 municipal election
2
London earns title of UNESCO City of Music
3
Invoking the Emergencies Act?
4
Everyone running for office in the upcoming municipal election
5
Sunfest returns: What to expect from this iconic London festival