How to buy a gaming laptop for school 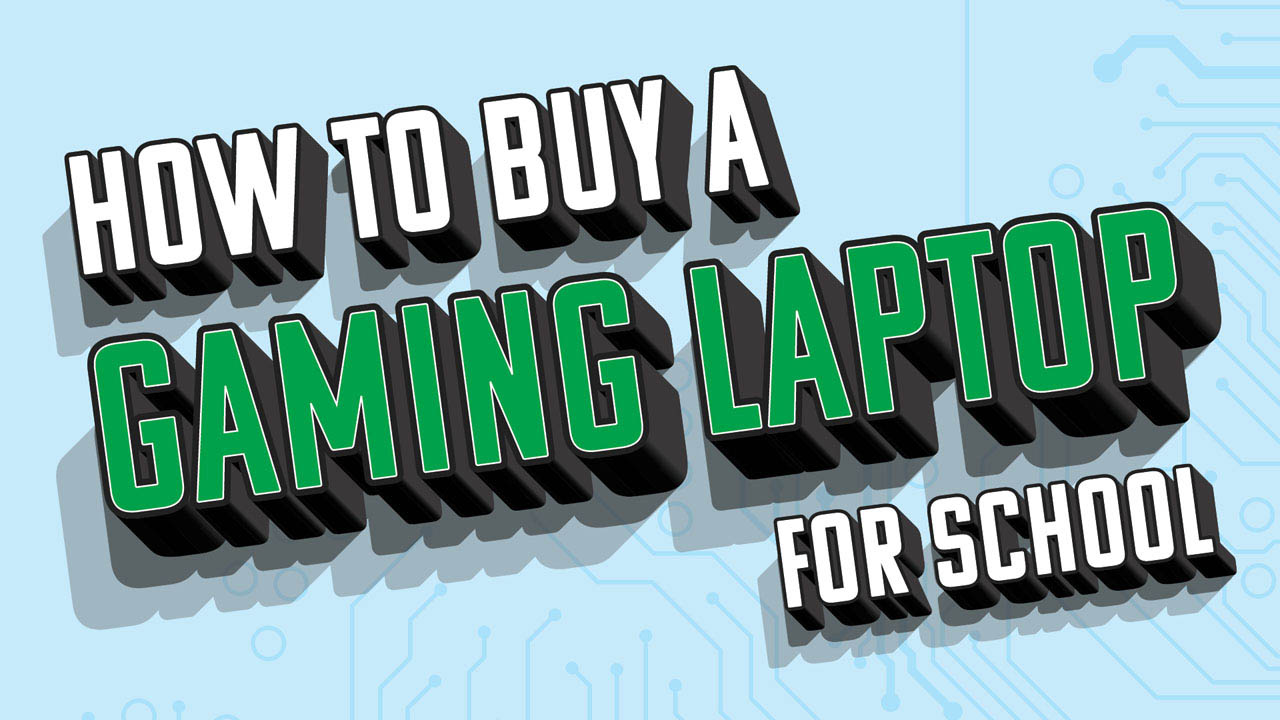 Many of us want to be prepared when entering college but most of us tend to find technology purchases to be the most difficult to figure out.

“Chances are, something like a [laptop with an] i9 and a 3070 will probably set you back about $5,000, so what you need to evaluate is what you are going to be doing with it,” said Matthew Ganotisi, a Communications student minoring in Computer Science.

Program info at Fanshawe provides some basic information on laptop specifications, but to get really good value for a laptop that you plan to use for both gaming and school, there is a lot to consider. As YouTuber Linus Tech Tips says, “The first and most important thing you need to decide is how much performance you actually need as well as your budget. Because these two factors will determine what type of laptop you’re looking at.”

What programs do you need on your computer?

This will be different for most people depending on what program you are taking at the college.

List all the games and software you need to run, then search up the minimum requirements to run the most powerful programs on the list. You should aim to get specs slightly higher than the minimum to achieve smooth performance.

What is your budget?

If you’re a student, you definitely shouldn’t be shelling out a ton of money for a laptop. If you are expecting to only use your computer at home, get a desktop, not a laptop, as they are cheaper to get with higher performance. But if you’re always on the go, ask yourself how much you are willing to spend. Student budgets for laptops commonly range from $750 to $2,000, and you can get pretty good value anywhere in that range.

Before you start your search, here are some important components and specs to look out for starting with the CPU.

“The Central Processing Unit (CPU) is the brain of the computer,” explained Kyle Dulce, a Software Engineering student at the University of Ottawa.

He explained that the higher the generation number, the higher the CPU performance will be. For example, 1th gen Intel CPUs will always be better than 10th gen. Furthermore, the higher the classification number the better the CPU, for example, Intel’s i3, i5, i7, i9 CPUs or AMD’s line of Ryzen 3, Ryzen 5, Ryzen 7, Ryzen 9 CPUs. CPUs affect the speed and efficiency of your system. A CPU with a low latency rating and a high clock speed is important for games that need fast reaction times. On the other hand, for video editing and computer-aided design (CAD) rendering, more cores are important for these programs process actions.

Advanced Micro Devices (AMD) CPUs are made with more cores, but Intel CPU cores tend to have higher individual clock speeds. It’s hard to say if you should choose an AMD or Intel CPU, so make sure to list the programs you use and compare the performance benchmarks for those CPUs running similar programs done by third party reviewers online.

“Another thing with games is that most of the work is on the [Graphic Processing Unit], not the CPU so it really depends,” Dulce said.

GPUs are the most important component for highend gaming performance. A good GPU can be helpful for handling the visual load of a AAA game and as a student you probably want to at least run some of these games on low to medium settings.

Nvidia GPUs are the best GPUs on the market and are easy to find. Most laptops are sold and are better optimized for Nvidia GPUs which make them often the better option over AMD Radeon graphics (currently). However, finding out which GPU to choose is much more difficult than CPUs. For example, an Nvidia RTX 3060 and RTX 3060 Ti are very different in performance.

The Giga Texel Shader eXtreme (GTX) line of Nvidia GPUs are the lowest end models, but are great if you’re on a budget below $1,000. They also follow the same rules aside from the 1600s which are newer than the 1000s cards.

Other factors to consider

In summary, CPUs and GPUs are the most important components to look at to get a general idea of what you’re getting in terms of computer performance and it’s very important to reference third party performance benchmarks before choosing a laptop to suit your performance needs.

For other needs here are some features you might look for:

Build quality might also interest you, as some laptops are built a lot sturdier than others. For that, you should visit a retailer in store to see the physical model of the laptop you want.

Recommended storage for a laptop today is at least one terabyte (1TB) to store all your files and games. However, you don’t need to have all of it on one storage drive.

I hope this article helps you find a laptop that suits your gaming needs. Get gaming and stay rocking!
Tech

A silent friend for all times