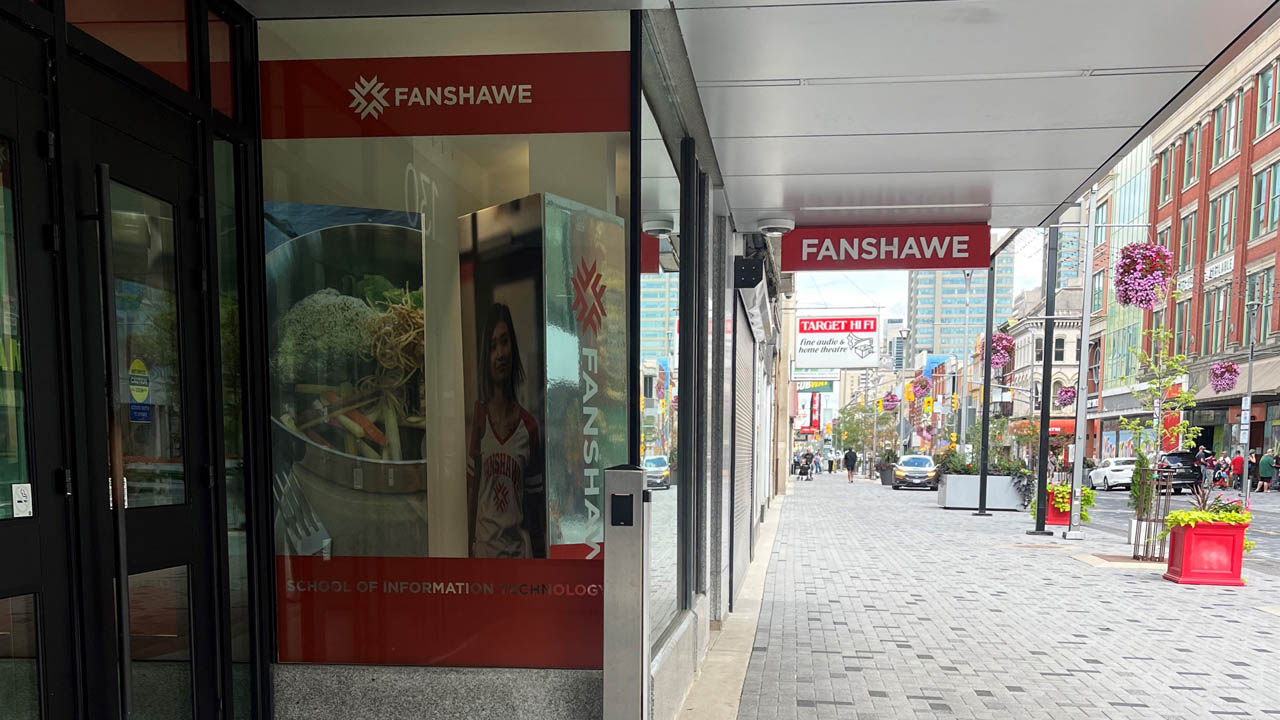 Students at Fanshawe’s downtown campus can expect to see an increased police presence this fall.

According to an Aug. 4 media release by London Police Services (LPS), a new storefront office for its Community Foot Patrol Officers is under construction at 183 Dundas St., just a few minutes walking distance from Fanshawe College’s downtown campus.

In the media release, London Police Chief Steve Williams said, “we have consistently heard from downtown residents and businesses that they want a greater LPS presence in the core.”

Interrobang reached out to LPS Relief Media Relations Officer, Cst. Kyrsten Howell-Harries for comment, which was not provided.

“It is our intention to give more information closer to the opening date,” Howell-Harries said. She also would not comment about the general role of LPS foot patrol officers and the efficacy of their presence on the public’s safety.

“I think the new patrol office is great news. It signifies a renewed commitment from the London Police to providing enhanced policing services to the downtown core.”

Pimentel confirmed there have been some incidents and generalized complaints related to personal safety since the campus was opened in 2018 in the core of downtown London. He said the number of businesses, social activities, and social outlets magnify potential issues and concerns.

Pimentel also said an increased police presence close to the downtown campus will not change the level or quality of service offered by Fanshawe’s campus security personnel.

“The delivery of our service has and will remain constant at our downtown campus. From my perspective, the increase of police presence downtown will enhance their response times, which is always great news.”

LPS said it will be providing more information about the new the office space in the coming weeks. The office is expected to open some time in late fall.
Downtown London Fanshawe Campus Security Services Fanshawe College Fanshawe Downtown Campus London Police Service

1
Local resources available for Indigenous peoples
2
Fanshawe partners with The Gender Equality Coalition to IgniteHER
3
How Fanshawe College became the site of The Amazing Race Canada
4
LAVISH London: A safe space for all
5
Your SDG orientation