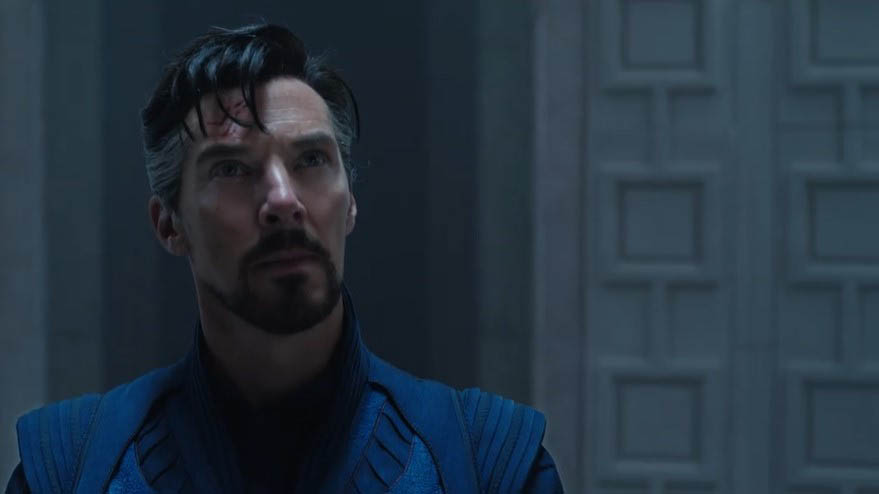 Credit: THE WALT DISNEY COMPANY / MARVEL ENTERTAINMENT
Maybe this movie will become a masterpiece in retrospect with the next three movies that tie into the subplots from this one.

It’s hard to tell if I liked the new Doctor Strange movie.

The movie was well produced and explored the idea of the multiverse pretty well with a bunch of introductions to new characters like America, who if you didn’t know has the power to travel the multiverse. It had a crazy amount of content comic readers probably understand, but I don’t. I can summarize far too easily what’s interesting about this movie. That’s a problem I’ve been having with movies in the Marvel Cinematic Universe (MCU); the plotlines never resolve themselves in a single film and we’re always left wanting more.

That fact alone makes it so difficult to assess if I like it or not because it always feels like every movie is really an advertisement for the next. The promise of an epic story spanning multiple movies flowing seamlessly between each other coupled with the endless hype on social media on character appearances in every film makes it so much worse because I keep giving Marvel the benefit of the doubt when it comes to my rating. Maybe this movie will become a masterpiece in retrospect with the next three movies that tie into the subplots from this one.

All I can say is that I left the theatre frustrated with a lot of questions like, “What’s next?” and, “When’s the payoff coming?” and, “Why are the most minor characters or plot points getting so much hype?” And thinking about that left me feeling frustrated because it’s often several years between MCU flicks to really give me a satisfying payoff for all the work it takes just to keep up with it.

After deliberating for a while for the last satisfying experience I’ve had in cinemas I thought, “When’s the last time I watched a non-Marvel movie in theatres?” It’s probably my fault, but likely not in the past four years and Disney has definitely played a part in that.

In a video by the Karsten Runquist YouTube channel, Why Disney is Destroying Movie Theaters, he talks about how Disney bullies theatres in the U.S. into monopolizing show times and mentions a tweet by Matt Singer from May 5 showing 70 screen times on that same day for Doctor Strange at the AMC theatre in Times Square. “If you need a bathroom break you can always walk into the show that’s 10 minutes later to catch up where you left off,” a Twitter user replied.

This is concerning because if this theatre is only showing Doctor Strange, who’s showing the handful of other amazing movies released this month like Everything Everywhere All At Once? Movies that actually resolve their stories in one or two hour sittings. I just want to see a director write new and original characters that captivate me and don’t boil down to, “I’m so happy new ‘Superhero X’ briefly appeared in this movie!”

So to all you movie-lovers who are getting tired of seeing Marvel movies dominate theatres, please consider the following: keep up with news about movies that are made by independent creators, support interesting ideas and creative concepts for movies and spread the word about the movies you love.

Hopefully you’ll find some movies you’ll like and carve out your own unique taste.
Disney Movie reviews Movies

Why is first-past-the-post still a thing?